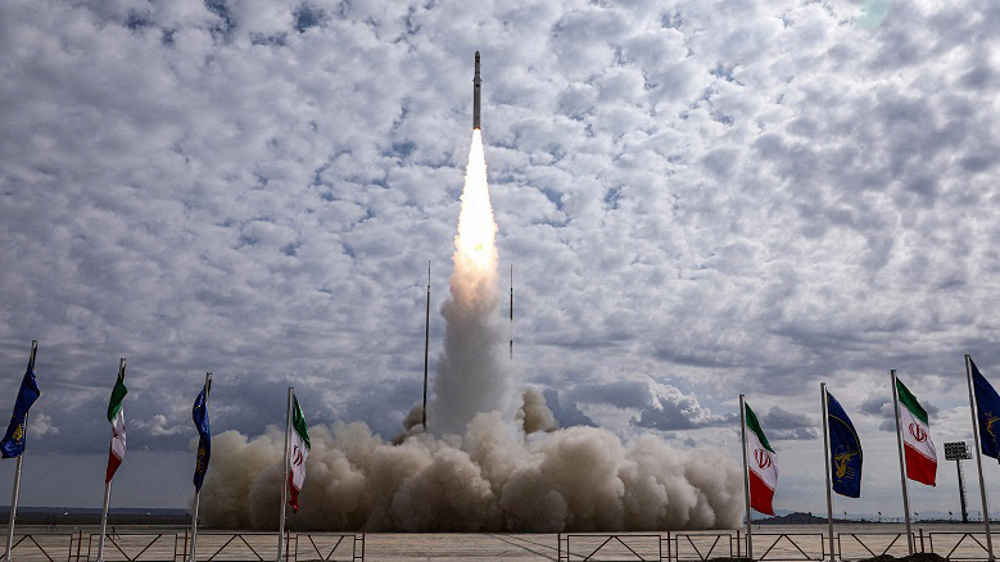 Iran’s Foreign Ministry spokesman has hailed the recent successful launch of Qaem 100 satellite carrier by the Islamic Revolution Guards Corps’ Aerospace Force, describing it as a symbol of the country’s national power.

Nasser Kan’ani made the remark in a Monday tweet, just two days following the launch of the IRGC’s three-stage solid fuel suborbital carrier.

Qaem 100, the first of its kind manufactured by Iranian scientists, is capable of putting satellites weighing up to 80 kilograms into orbit 500 kilometers from the earth’s surface.

The launch vehicle’s solid-fueled first-stage engine, which had been subjected to ground tests early this year, successfully completed its first suborbital spaceflight on Saturday.

“The successful launch of Qaem 100 satellite carrier was another demonstration of the national power and the ability of Iran’s young scientists for surmounting the summits of science and modern technologies,” Iran’s Foreign Ministry spokesman said.

Kan’ani added that the point that makes the launch even more important is that it was pulled off despite all the enemies’ sanctions and the United States’ so-called maximum pressure policy against Tehran.

“This is the very thing that has made the Iranian nation’s known enemies angry and delusional,” the Iranian diplomat concluded.

According to IRGC officials, Qaem 100 is now ready to launch Nahid, a satellite manufactured by Iran’s Ministry of Information and Communications Technology, into orbit in the near future.

Speaking on the sidelines of the Saturday ceremony, Brigadier General Amir-Ali Hajizadeh, the commander of the IRGC’s Aerospace Division, said arrogant countries, led by the United States, are doing all they can to hinder Iran’s progress, adding, “They cannot stand the impressive achievements of the Islamic Republic of Iran.”

Previous launches have drawn criticism from the United States and its allies, which have long been wary of Iran’s satellite program as the same technology can be used to develop long-range missiles. Iran says its satellite program is aimed at scientific research and other civilian applications.

Iran has over the past years succeeded in manufacturing and putting into space different satellites as well as launching various carriers.