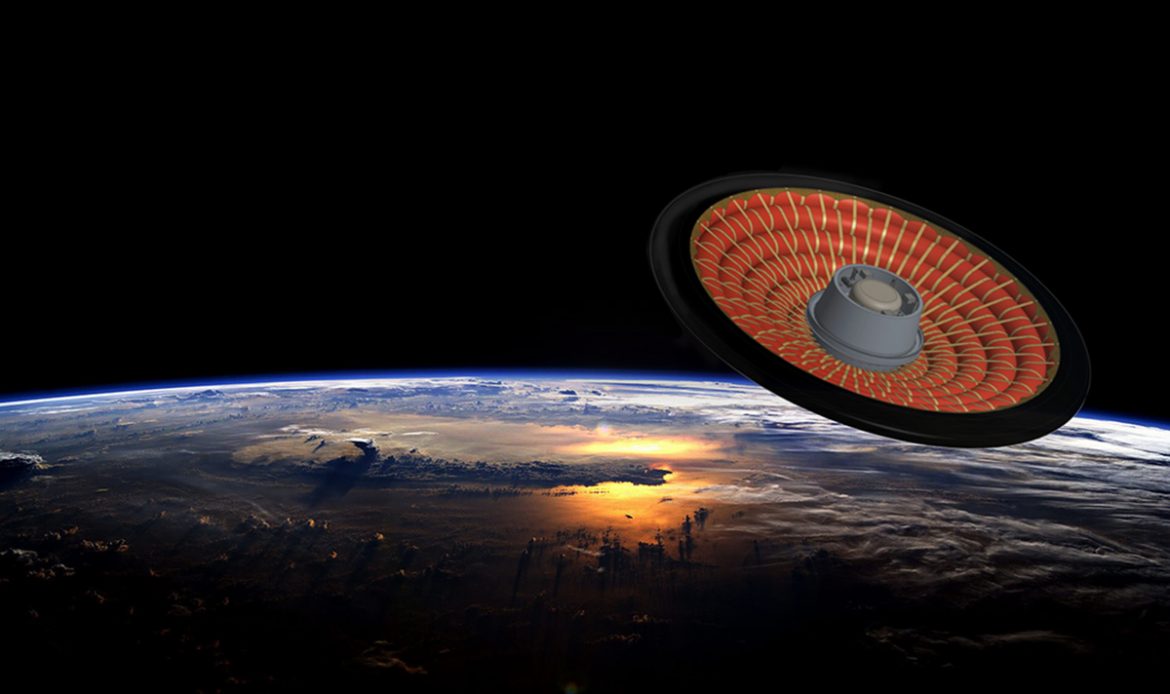 NASA Launches ‘Inflatable Saucer’ That Could Bring Humans to Mars

NASA has already sent a few robots to Mars, but so far the payloads have been limited to around 1.5 tons, roughly the weight of a small car. For a mission involving humans, a much larger payload would be required, around 20 tons.
NASA has launched an inflatable saucer that acts as a heat shield, potentially allowing far larger payloads to be landed on Mars and other space objects with a significant atmosphere.
When objects land on a planet or moon with an atmosphere, the speed of the object and the friction of the atmosphere create a massive amount of heat. That means that a heat shield is usually required to protect the payload by blocking the heat and slowing the craft as it descends.
On Thursday morning, NASA launched a Low-Earth Orbit Flight Test of an Inflatable Decelerator (LOFTID) and successfully deployed an inflatable saucer-shaped heatshield 20 feet in diameter. It landed safely in the Pacific Ocean, about 500 miles off the coast of Hawaii.
Unlike traditional rigid heat shields, which have to go up in the same form they come down, the inflatable heat shield launched by NASA can fit into a cylinder four feet wide and 18 inches tall. Because of its small pre-deployed size, space missions could carry far larger payloads to other celestial objects.
The $93 million project was led by Dr. Neil Cheatwood, who said a manned Mars mission would require an even larger inflatable heat shield, roughly 30 feet in diameter.
The system, after passing through the planet’s atmosphere, also uses traditional means of slowing the object down, including parachutes and reverse thrusters.
The shield is made up of a set of circular tubes filled with compressed nitrogen, and can survive falling speeds of up to 18,000 miles per hour and temperatures as high as 3,000 degrees Fahrenheit.
The test, which follows three tests from a decade ago when NASA launched similar systems into sub-orbit that were half the size, was a dual-purpose mission.
In addition to testing the new heat shield, NASA also included a weather satellite on the Atlas V rocket they launched at 1:49 a.m. local time on Thursday. For the first hour or so, the LOFTID team had little to do as the weather satellite’s mission took place first. After detaching from the satellite, the rocket turned on its side, pointing the inflatable heat shield at Earth before deploying.
A few hours after liftoff, it was safely back on Earth, floating in the Pacific Ocean. Cheatwood says the successful test is proof the technology is ready for real space missions.
In addition to Mars, Venus and Saturn’s moon Titan are other candidates for missions involving an inflatable heat shield.
It could also be used on Earth, as a method to return rockets safely. Already, Cheatwood said a dozen companies have contacted him about purchasing the technology for their missions. One such company, a startup called Space Outpost, envisions it as a way to perform experiments in space that don’t require long stays on the International Space Station.
The concept of an inflatable heat shield has been around for decades. Cheatwood said one of the project’s lead engineers, Steve Hughes, came across the idea while reading papers about Russian efforts to create a similar system twenty years ago. However, the materials at the time were too weak to survive the intense heat and speeds that come with entering an atmosphere.
The satellite that launched with the LOFTID, named NOAA-21, will measure energy levels from Earth, providing more accurate weather forecasts.