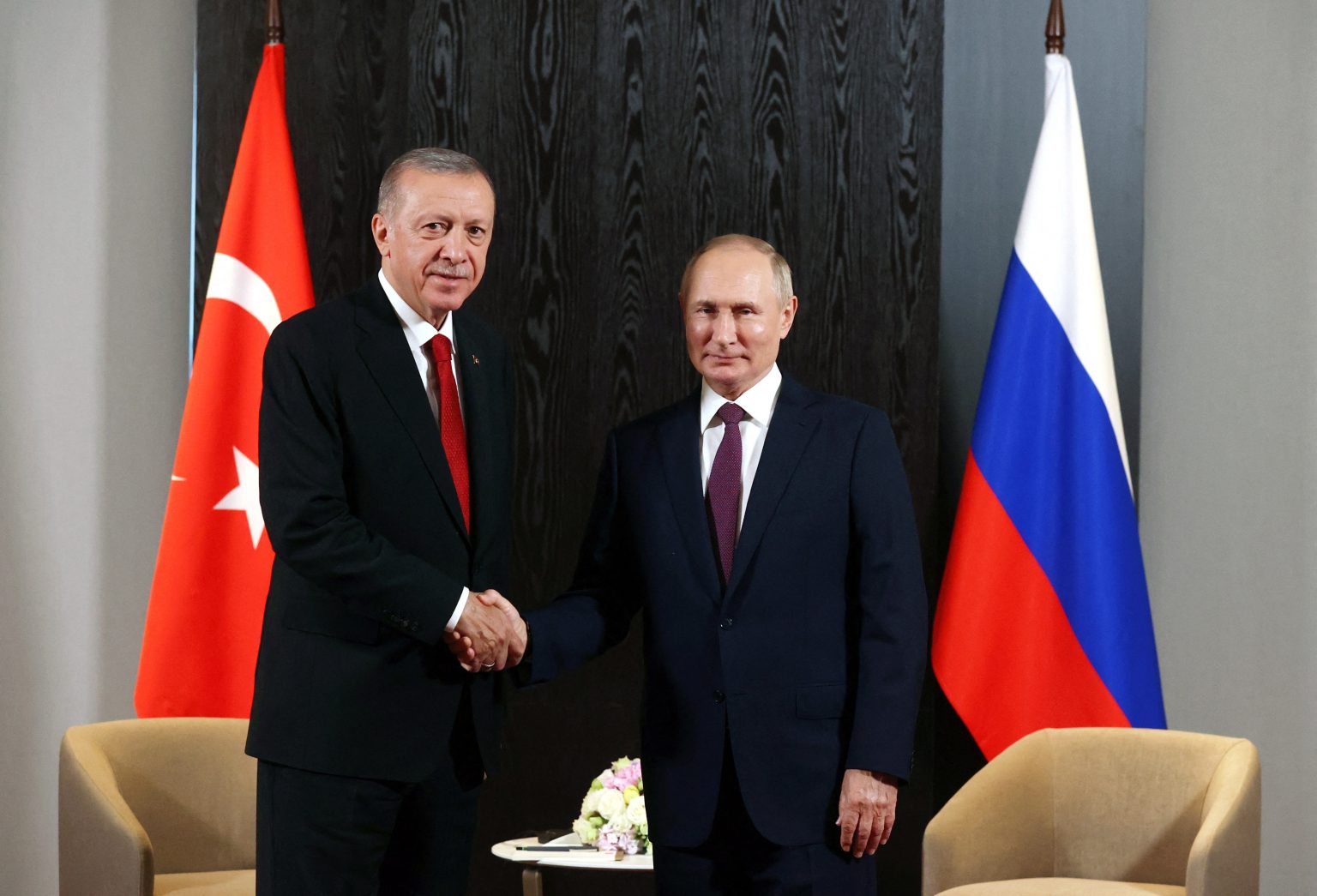 West’s attacks on Russia are ‘without limits’ – Erdogan

The US and the West as a whole are attacking Russia “almost without limits,” prompting a natural defensive reaction, Turkish President Recep Tayyip Erdogan said on Saturday, while returning from a summit of Turkic nations in Samarkand, Uzbekistan.

Noting that Russia is not an “ordinary,” but “powerful,” state, Erdogan commended its “great resistance” against the hostile actions of the collective West.

“The West, and especially the US, is attacking Russia almost without limits. Of course, Russia is showing great resistance in the face of all this,” he said.

Türkiye is set to continue its efforts to mediate between Russia and Ukraine amid the conflict, Erdogan signaled, recalling a recent incident in the Black Sea that put the UN-sponsored and Türkiye-brokered deal to facilitate exports of grain from Ukrainian ports on the brink of collapse.

Russian naval vessels were targeted by sea drones near Crimea in late October. Moscow accused Kiev of using the grain corridor to stage the attack and briefly suspended its participation in the agreement. Russia also alleged that the attack was orchestrated by the UK, a charge London has denied.

Ukraine has also dismissed the allegations. Days later, the suspension of the deal was reversed by Moscow, which said it had received written guarantees from Kiev that it would not use the grain corridor for military purposes. Ukraine denies it has accepted any additional obligations.

“There was that grain corridor incident. We can open a peace corridor from here, we are trying to do this. We think that the best way for this is to go from dialogue to peace,” Erdogan said, adding that, for now, the parties to the grain deal should focus on operating it in a “serious” manner.

Türkiye adopted a neutral position early in the conflict between Russia and Ukraine, refusing to take part in the Western sanctions on Moscow, while continuing its military cooperation with Kiev – including selling a number of Bayraktar attack drones to Kiev. Ankara has maintained contact with both sides, seeking to be a mediator. It hosted talks between Moscow and Kiev in Istanbul earlier this year, where a deal was reportedly reached but later rejected by Ukraine.