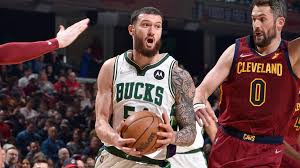 NBA highlights on Nov. 14: Bucks drop down from league summit

The Atlanta Hawks beat the Milwaukee Bucks 121-106 at Fiserv Forum in Milwaukee, Wisconsin on Monday, giving the opponents their second straight loss and dragging them down from the league’s leading position.

The Bucks have been missing their clutch time scorer Khris Middleton since the beginning of the 2022-23 season and had their starting point guard Jrue Holiday sit out Monday’s game as well due to a sprained right ankle. As a result, the only one of the team’s “Big Three” that could play, Giannis Antetokounmpo, had to shoulder more offensive duties, including orchestrating.

The Hawks built their defensive tactics exactly on this. They have no one to match Antetokounmpo individually in size, power or athleticism. However, instead of trapping the “Greek Freak” at all costs and leaving his teammates open, the Hawks were willing to allow Antetokounmpo some space for individual attack, especially when he stopped at beyond five feet away from the hoop.

Such defensive arrangements worked well for the Hawks as it took Antetokounmpo 21 field goals (FGs) to get 27 points. All of the eight shots he made were within three feet of the rim. Though he earned 18 free throws, making 11 of them was below his average free throw rate this season (64.9 percent).

Neither did Antetokounmpo do a qualified job in running offense. He delivered only four assists but with eight turnovers before he was fouled out in the fourth quarter. Of course, it would be completely unfair to blame him alone because the rest of the Bucks shot as poorly as 6-for-26 at the 3-point line.

The Bucks were also disappointing in exploiting one of their biggest advantages, size, which came from the presences of three big men, Antetokounmpo, Brook Lopez and Bobby Portis. However, instead of dominating the Hawks’ paint, they only got 48 points there, fewer than the opponents (56), not to mention that the Bucks lost to the Hawks in offensive rebounds (13-11) as well.

On the Hawks’ side, Clint Capela made great contributions by going 9-for-11 under the rim and grabbed seven offensive rebounds. Of course, his efficient finishing performance wouldn’t have happened without the constant feeding of Trae Young and Dejounte Murray, who combined to score 40 points and 14 assists.

But what should make the Hawks happier than any of the above was watching De’Andre Hunter get a season-high 24 points after shooting 10-for-10 at the free throw line. After Cam Reddish left, Hunter became the team’s only forward with good enough size, athleticism, agility and power. Though the Hawks have enough playmaking resources with Young and Murray, Hunter’s ability to provide offensive solution by charging the opponents’ defense from the front is irreplaceable.

The Celtics secured their 11th win of the season and replaced the Bucks as the NBA leader after coming back to beat the Thunder at TD Garden in Boston, Massachusetts on Monday night. Though they couldn’t stop Shai Gilgeous-Alexander from scoring a court-high 37 points and eight assists at 50 percent of FG rate (13-for-26), they tore the Thunder’s interior defense part by dropping 64 points in the paint.

The Celtics trailed 96-89 when the competition entered the fourth quarter. The regular scenario was for either Jayson Tatum or Jaylen Brown to stand out and save the day, but Marcus Smart became the ingenious move for the team as he went 4-for-4 from the field to get 10 points and four assists. The Celtics launched a 37-26 drive in this quarter to reverse the situation and win at home.

Like the Celtics, the Heat also claimed a comeback win at home at FTX Arena in Miami, Florida, on Monday night. The difference was that they only led by one point over the Suns when there were 35 seconds left. Cameron Pane missed his layup, but Deandre Ayton grabbed the offensive rebound. Devin Booker, who already shot 11-for-20 in FGs to score 25 points for the Suns, would take the team’s last shot.

Booker’s first attempt at the right elbow area was blocked by Jimmy Butler. He still had the ball, but Max Strus immediately joined Butler to drive Booker out of the 3-point line with double-teaming. Booker still managed to shoot a 3-pointer, but he did it in such a hard way, not to mention with Butler deflecting him from aside. Booker’s desperate shot didn’t fall into the net in the end. Neither did it save the game for the Suns.

Monday’s game at Chase Center in San Francisco, California might be the most “Warriors” game for the reigning NBA champions. The team shot 23-for-45 from deep and delivered as many as 35 assists. They had as many as 10 players who had at least two assists. Moreover, Jordan Poole, who replaced Klay Thompson (injury management) in the starting lineup, played the longest time on the court, but still for less than 30 minutes.

During his time in the game, Poole was remarkably efficient to shoot 13-for-20 from the field to get 36 points. When he was playing in the starting squad and didn’t have to be the bench playmaker, Poole could be a sharp blade with his big-stride penetration and excellent catch-and-shooting ability from outside.

This was the sixth win for the Warriors of the season and all of their victories happened at home.