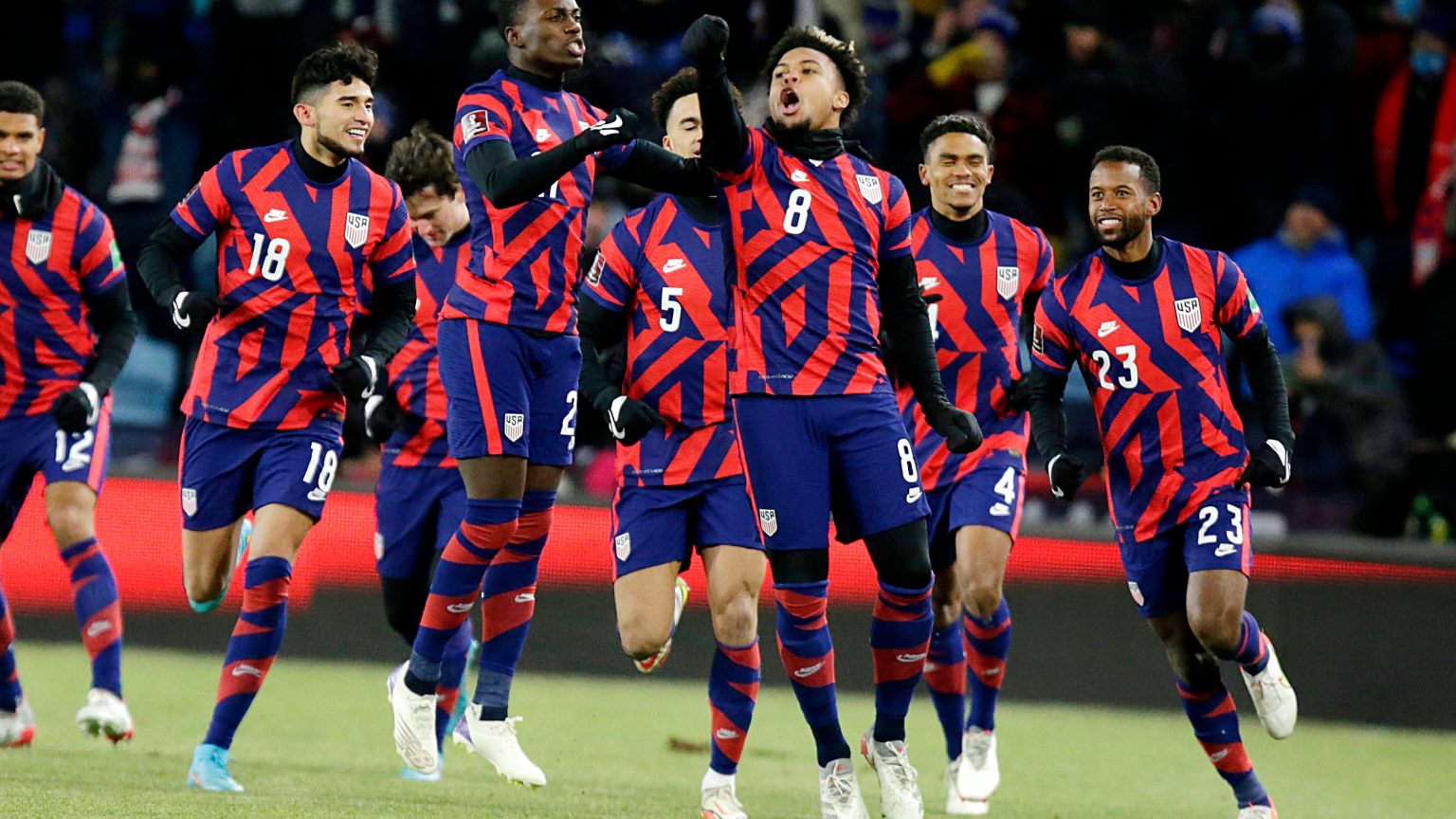 World Cup 2022: USMNT still has lineup questions ahead of opener vs. Wales

[World Cup: Viewer’s guide | Group previews | Top 30 players | Power rankings]DOHA, Qatar — On the far sideline of the Thani bin Jassim Stadium on Tuesday, six days before the U.S. men’s national team opens its 2022 World Cup, Christian Pulisic and Weston McKennie milled about ahead of training. Tim Weah and Gio Reyna chopped their feet through warmup lines. Tyler Adams, Sergiño Dest, Brenden Aaronson and Yunus Musah loosened their limbs.They all prepared for a game that will begin to define their USMNT legacies, on Monday (2 p.m. ET, Fox/Telemundo) against Wales.They also prepared to do something they’ve never done before: play a game altogether.They are, by many estimations, the eight best American players in men’s soccer. But they have never all been available simultaneously. “It almost feels like we haven’t had this entire group of guys healthy at one time,” Pulisic said Wednesday, and he’s right. In fact, only once have any seven of the eight played in the same game. Injuries, a pandemic and suspensions have interrupted their past three years on a rotating basis — and made head coach Gregg Berhalter’s job difficult.But also, in a way, easier.Berhalter has rarely had to willingly leave two of the eight out of his starting lineup.On Monday, with his eight stars all raring to go, he almost certainly will.Why Berhalter should start McKennie, Musah and AdamsThroughout World Cup qualifying and beyond, Berhalter seemed to have settled on a preferred starting 11, or at least a front six. Pulisic would start on the left wing, and Weah on the right, with Jesús Ferreira at striker in between them. McKennie would be the box-to-box midfielder; Musah would be the ball-progressor; and Adams would be the pit-bullish commander in front of the back four, in a well-drilled 4-3-3 that seemed set for Qatar.

To drop McKennie, though, would be to sacrifice an elite aerial threat and a proven big-stage player.

To drop Musah would be to leave the midfield without on-ball burst, and without that dribbling, which might not be necessary, but also might be.

The logical answer, then, jibes with the fact that, while both Reyna and McKennie are available, neither is likely to be 90-minutes fit for back-to-back games. Reyna, who spoke this week about “easing” himself back from recurring hamstring problems this season, has not yet played a full 90. McKennie is working his way back from a late-October quad injury, and said Saturday he feels “ready to go,” but a full 90 in the first of three games in nine days likely wouldn’t be smart.

So Berhalter could, and should, start his “MMA” midfield — McKennie, Musah, Adams — then bring Reyna off the bench at halftime, or at least within 60 minutes. For whom? Let the game dictate that part of the decision. In a stalemate, Reyna replaces McKennie. With a lead, he replaces Pulisic or Weah, and Kellyn Acosta closes out the game for McKennie.

As for Aaronson, the Wales game won’t suit him; the England game, four days later, will. That’s when rotation, and deviation from the tried-and-trusted norm, will be expected.

Who starts at striker and center back for USMNT?

Ferreira, even without game action in almost a month, and without a goal in over two months, is the likely choice up front. Josh Sargent should start the England game.

The more interesting discussion is at the back, next to Walker Zimmerman.

Aaron Long has the most familiarity and cohesion with Zimmerman, and the most strength in the air, but he’s inadequate with the ball at his feet.

Cameron Carter-Vickers, meanwhile, has the most athleticism, but very little USMNT experience.

Tim Ream is the most accomplished, savvy, skilled and experienced, but he’s slow and beatable in open space.

On one hand, Ream’s left-footed passing makes him an ideal candidate to pick apart the mid-low block that many expect the U.S. to meet on Monday. But there’s another side to that expectation, one that Adams indirectly hit on during a news conference this week.

“Their style of play is very distinctive, we’ve watched a lot of video on them already,” Adams said of Wales. “A lot of times, when you play against teams that counter, people think that you need to give yourself more space, and drop off a little bit deeper to defend the spaces in behind. But for me, and especially the way we play at Leeds and here, we’re very aggressive when we’re attacking with the ball. So for our defenders, sometimes they’re gonna have to be put in situations where they’re gonna have to defend one-against-one, and you have to be comfortable in those situations.”

He wasn’t talking about personnel. But the approach that Adams detailed could dictate personnel. The Americans will commit to attacking in numbers. They’ll therefore need a center back who can defend without the benefit of numbers. And in that department, in transition, the ranking is probably: 1. Carter-Vickers, 2. Long, 3. Ream.Then again, they also might need a towering presence who can physically match Gareth Bale and 6-foot-5 Welsh striker Kieffer Moore. In aerial duels, the ranking would probably be: 1. Long, 2. Ream, 3. Carter-Vickers, who is only 6-foot.There is no easy answer; and perhaps no good answer. It’s entirely unclear where Berhalter is leaning.

USMNT projected lineup vs. WalesThe one remaining wrinkle, which Berhalter has never tried but which arose in interviews this week, is the one that fans have long thrown on virtual chalkboards: Weah at striker.It would allow the USMNT to play Reyna or Aaronson on the wing and get seven of its eight best players on the field together for the first time ever.The case against it is the one that Berhalter made in June: “Most of the time [with his club, Weah] plays as a striker, there’s another guy up there next to him. He played in a 4-4-2. And for us, him playing as a high winger, threatening the back line, he’s getting chances, he’s arriving in the penalty box. So he’s getting chances like we think forwards do at times. So he’s valuable to us at that position on the wing. We really like what type of form he’s in and what he’s bringing for us. We’ve considered him at striker I think only in special-circumstance situations, when we need a certain quality.”Weah also prefers the wing. But he was asked Tuesday whether Berhalter had been piloting him at center forward in training.“Um,” Weah said, and then, after a slight pause and some quick thinking, he concluded: “I think he should tell you that.”A Pulisic-Weah-Reyna/Aaronson front three is well within reason. But it isn’t likely. Here’s our projection for Monday — a lineup, with likely substitutes in parentheses, that should, if all goes to plan, get three points:U.S. vs. Wales (4-3-3, back to front, right to left): Matt Turner; Sergiño Dest (Shaq Moore), Walker Zimmerman, Tim Ream, Antonee Robinson; Tyler Adams, Yunus Musah, Weston McKennie (Kellyn Acosta); Tim Weah (Brenden Aaronson), Jesús Ferreira (Josh Sargent), Christian Pulisic (Gio Reyna).