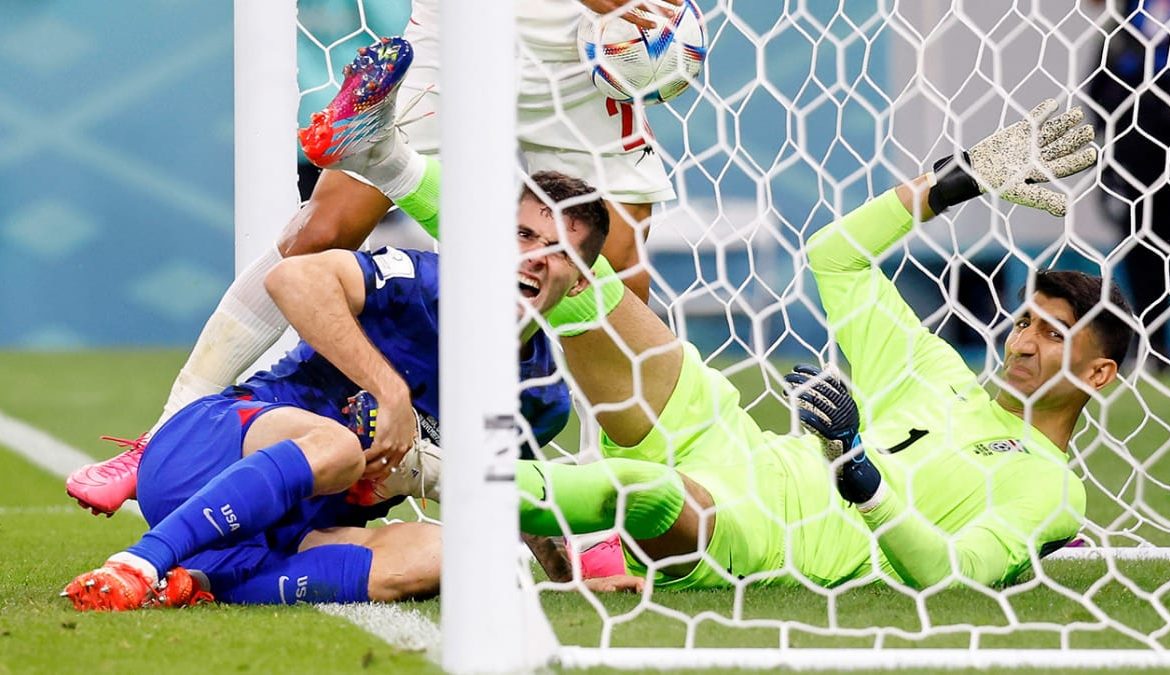 CNN — US Men’s National Team (USMNT) forward Christian Pulisic has been taken to hospital due to an abdominal injury he suffered while scoring the game-winning goal for the United States in its crucial 1-0 win over Iran.During post-match coverage, FOX Sports broadcaster Rob Stone provided an update on the condition of Pulisic, saying: “An update on his condition. He was taken to the hospital. We’re being told it’s an abdominal injury.“So we’ll find out more over the next 24 hours if Christian will be available as the US gets set to take on the Netherlands.”CNN has reached out to US Soccer for comment.

The US Men’s National Team earned a tough 1-0 win over Iran in a nerve-racking Group B decider at Qatar 2022, securing its place in the knockout stage.

Pulisic’s first-half goal was all that separated the two sides as the USMNT reached the round of 16 for the first time since 2014 – but glee turned to concern after it became clear the star suffered an abdominal injury while scoring the winner, leading the Chelsea man to be helped off the pitch by medics.

Pulisic soon re-entered the pitch, but was clearly still struggling with the knock.

The USMNT will be hoping its star man, dubbed ‘Captain America’ by some, is fit for the round of 16 tie against the Netherlands on Saturday but USMNT manager Gregg Berhalter said in his post-match interview that he had no immediate update on Pulisic’s status.

As Group B runners-up, the United States will face Group A winners Netherlands on Saturday.