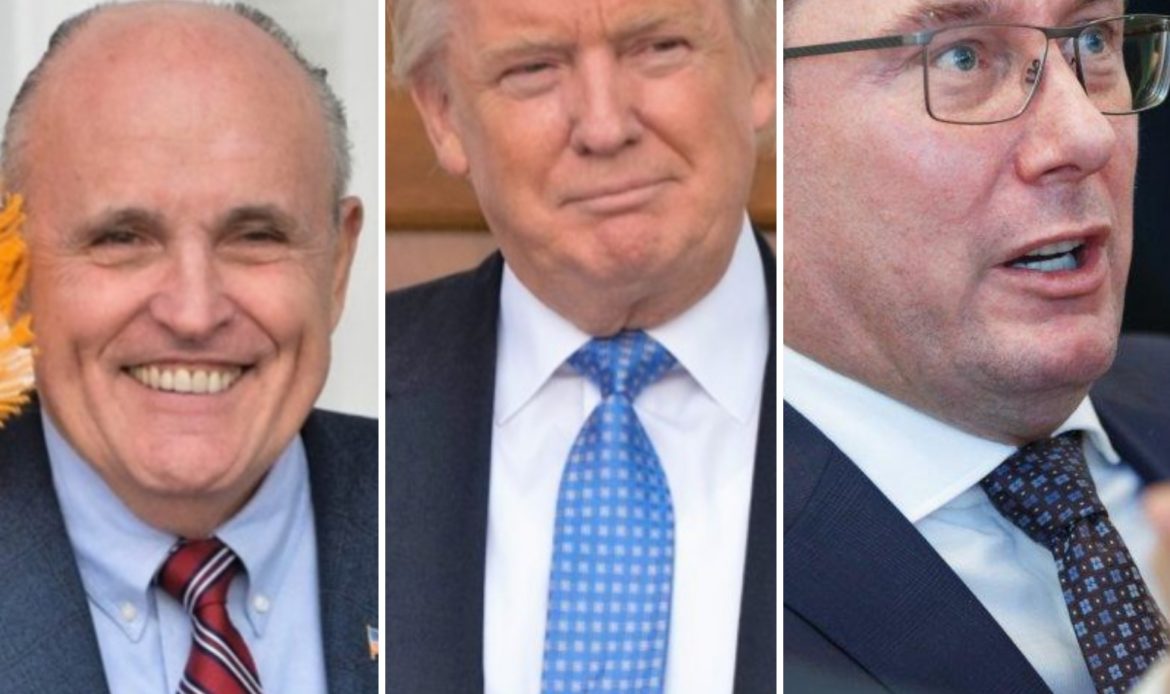 Rudy Giuliani was sold a story that didn’t hold water

President Donald Trump’s July 25th phone call with the President of Ukraine is the subject of an impeachment inquiry.  Pres. Trump wanted to know if former Vice President Joe Biden, currently running for President in the 2020 election, could have broken the law in Ukraine.  Trump’s questioning of past connections between Joe Biden, his son Hunter Biden, and the Ukrainian Gas company Hunter Biden worked for were the same questions asked back in 2014 in “Time” magazine by Michael Scherer.

Ukraine had a revolution in February 2014, when the pro-Russian president, Viktor Yanukovych, was ousted and fled to Russia, and a pro-Western president, Petro Poroshenko, took over. Pres. Obama sent then-VP Biden to Ukraine in the spring of 2014 to support democracy, and combat the prevailing corruption there.  Within weeks, Hunter Biden was hired, along with two other Americans, by the firm Burisma Holdings, which is controlled by Nikolai Zlochevskyi, who had been a Ukrainian official under the deposed Pres. Yanukovych. Burisma was developing and selling gas resources in Ukraine. At the time, the apparent conflict of interest between a VP of the US, who was battling corruption in a fledgling democracy in Ukraine, and his son working for a firm which could have been seen as part of the corruption the US was battling, was discussed publically in the US media; however, the prevailing opinion was that VP Biden was demanding that corruption end, regardless of Hunter Biden’s job at Burisma.

In hindsight, perhaps Joe Biden and Hunter both wish Hunter had not taken the job and perhaps Hunter should have been wary of a company that at the same time of his hire was under investigation by Britain’s Serious Fraud Office for charges of money laundering.  Ukrainian Prosecutor General Viktor Shokin was requested by the British to provide documents relating to the investigation, which had resulted in freezing the bank account of Burisma; however, Shokin refused the request, which resulted in the money being released, moved to Cyprus, and the case was closed by the British.

Victor Shokin was perhaps operating under the “Old Ukrainian” system, which can be summarized thusly: a case of wrongdoing comes to your desk; you sit and wait until the one who can benefit the most from dropping the case contacts you, and then a deal is made to drop the case.   That is the system that VP Joe Biden was sent to Ukraine to fight, and that is why he demanded in December 2015 that Shokin be fired, and on March 2016 he was. US Ambassador Geoffrey Pyatt had also called for Shokin to be fired, and Daria Kaleniuk, the executive director of the Kyiv-based Anti-Corruption Action Center, also had commented that Shokin was in the habit of not acting on cases which involved former Pres. Yanukovych, which included Burisma’s case.

In the spring of 2018, Rudy Giuliani, a personal lawyer for Donald Trump, was contacted by some Ukrainians, who began sending documents and speculation reviving the past episode of VP Biden, his son, and Burisma.  Giuliani’s personal friend, Lev Parnas, an American businessman born in Ukraine, was instrumental in explaining what the Ukrainians were claiming about the Bidens, and claims of meddling in the 2016 US election. By December 2018 Parnas had arraigned a call between Giuliani and Shokin, who had been fired at the behest of VP Biden and others.  The proverbial ‘disgruntled former employee’ may have unleashed what he thought might please Giuliani and Trump.

In January 2019, Giuliani met with Yuriy Lutsenko, Ukraine’s prosecutor general under President Poroshenko, in New York, and the two met again in February in Warsaw, Poland.  Presumably, Giuliani was trying to build a case against the Bidens using first Shokin, and then the man who came after Shokin, and would have access to the former files.

In March 2019, Lutsenko made statements to a pro-Trump journalist, John Solomon, that Biden had broken the law, but later recanted his accusation.

On April 25th Pres. Trump had said in a Fox TV interview, that the accusations Lutsenko made against Biden were incredible and suggested the US Attorney General would want to look into the case.  Lutsenko asked to remain in his position when he met the newly elected Pres. Zelensky on May 11th, but he was fired in August. On April 29, 2019, Russian President Vladimir Putin, commenting on a statement by Ukraine’s President-elect Vladimir Zelensky, when he said he was prepared to issue Ukrainian passports to all Russians, and Putin said he would do the same, which would result in common citizenship.

On May 6th, U.S. Ambassador to Ukraine, Marie L. Yovanovitch, who had served under Bush, Obama and Trump was relieved of her duties. Lutsenko had also made serious accusations against her, and it would appear, Lutsenko was the driving source of information that Trump and Giuliani were eager to hear. On May 9th, the New York Times reported that Giuliani planned to travel to Ukraine to press the government to pursue investigations into election interference in 2016 and alleged wrongdoing by the Biden family. Around May 14th, Trump instructs VP Mike Pence to cancel his trip to Ukraine to attend Zelensky’s inauguration. On May 16th, Lutsenko reversed his Biden accusations in an interview with “Bloomberg”.