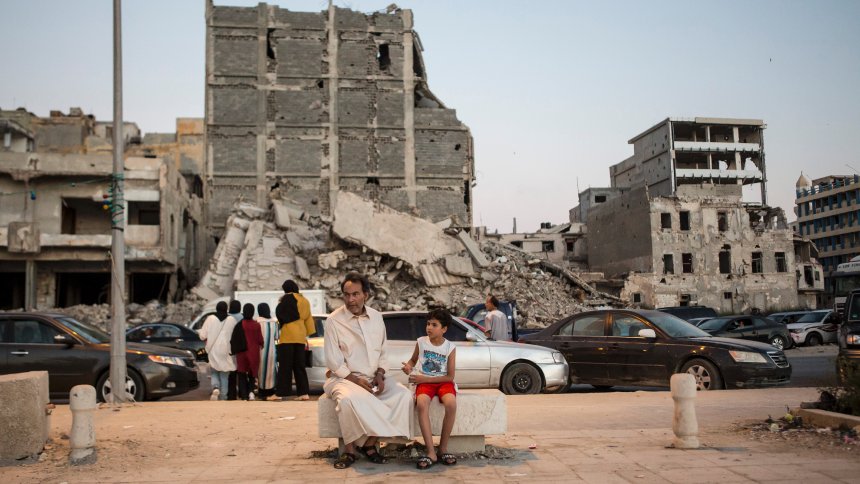 On a Friday afternoon in Benghazi, life along the coast seems normal, despite the gloomy background of buildings heavily damaged by the 2014-2017 fighting between Ansar-al-Sharia combatants and the LNA forces of strongman Khalifa Haftar.

The 2011 NATO intervention in Libya, which helped topple the government of Muammar Gaddafi, was done to put an end to his attempts to stop foreign exploitation of the continent, the strongman’s wartime spokesman told RT.

The bombing campaign, which propped up rebel forces and ultimately led to the summary execution of Gaddafi, was justified by reports of various crimes of its government. Those were later proven to be completely false or largely exaggerated, said Moussa Ibrahim, who served as Gaddafi’s spokesman at the time. In reality NATO bombed Libya not to stop Viagra-assisted mass rapes of women by government loyalists. Gaddafi sought to break Western grip on Africa and was disposed for that, he said.

Gaddafi’s Libya had several initiatives which were detrimental to Western goals in Africa, including creation of a new gold-backed currency, an African central bank and a pan-African military force, Ibrahim told RT’s Going Underground program. So Libya was destroyed like many other nations had been.

Inflaming local divisions to weaken a targeted nation is a tactics perfected over decades of colonialism and post-colonialism, he said.

“It’s the management of crisis. What you do is you come to a context of a country and you introduce chaos through war, internal conflict, religious division, occupation – whatever means you have. And then keep the chaos going, you manage the crisis.”

Through management of chaos you are able to make sure that this context is weak, subordinated to you.