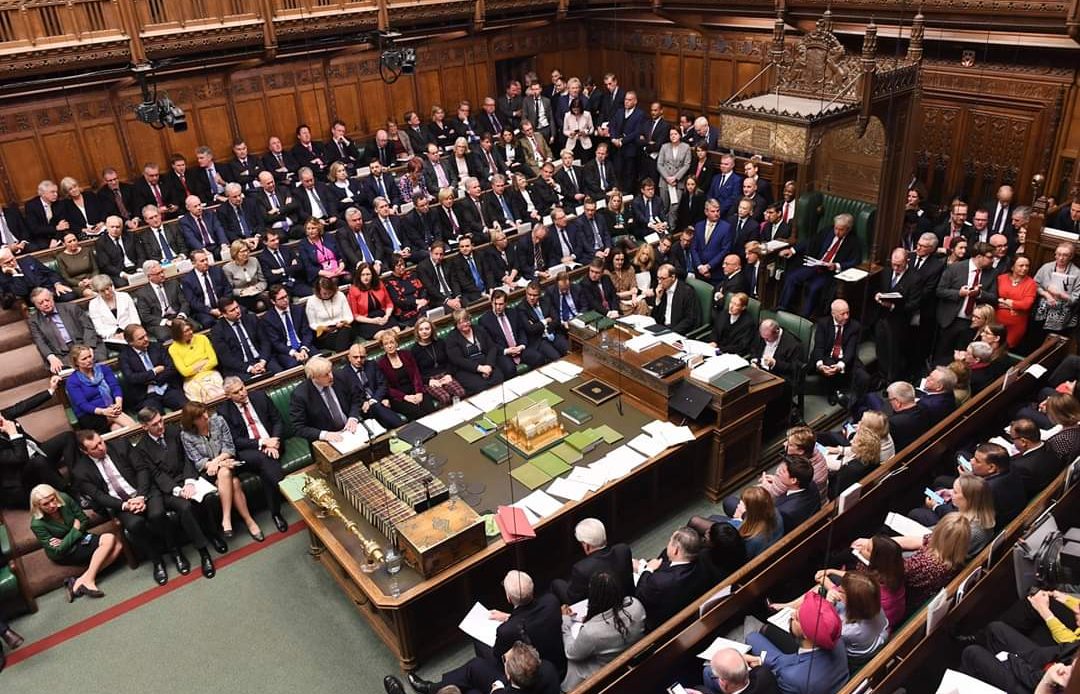 UK lawmakers have rejected Boris Johnson’s “programme motion” in a major blow to the PM’s plans to fast-track his Brexit withdrawal agreement through all stages of the House of Commons by Thursday.

UK MPs passed Johnson’s WAB at the second reading stage in the House of Commons on Tuesday evening by 329 votes to 299. The UK government’s joy at that result, however, was short lived, as crucial program motion was voted down with 308 for and 322 votes against minutes later.

Speaking after the second vote, Labour leader Jeremy Corbyn said Johnson was the “author of his own misfortune.”

“Work with us to agree a reasonable timetable,” Corbyn added.

Johnson complained that the House has yet again “voted for delay” and created “further uncertainty” over Brexit.

He said he will speak to EU member states about their intentions and until then he will “pause” the legislation. The PM confirmed that his policy remains that the UK should leave the EU on October 31. He thanked members across the house for the “hard won” agreement.

Johnson earlier warned lawmakers that the WAB will have to be pulled if the program  timetable motion is voted down, “and we will have to go forward to a general election.”

The motion, which sets the timetable of only three days for MPs to study the WAB, has proven to be controversial with many lawmakers from across the House. Critics have complained that three days is not enough time to scrutinize and vote on such a historic piece of legislation.

As it stands, the timetable for the Brexit process includes a debate on amendments to the bill, such as a customs union and a second referendum on Tuesday night and continuing until Thursday, culminating in votes at the third reading stage.

The UK government is desperate to advance the bill through the House of Commons and the Lords in time for the October 31 deadline – when the UK is scheduled to leave the European Union.

Earlier, President of the European Council Donald Tusk revealed that any decision on whether to grant a Brexit delay would depend on what happens in the UK Parliament this week, but insisted the bloc would never choose a no-deal scenario.

The government has published proposals for crypto-asset regulation it hopes will “manage” the risks of the “turbulent industry”.