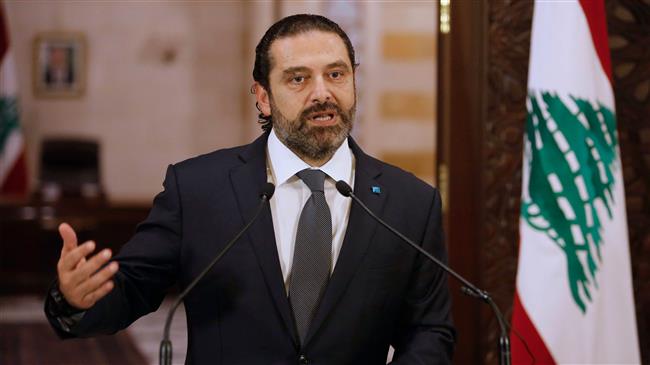 Lebanon has been witnessing mass protests since 17 October, following the government’s announcement of a tax increase on tobacco and internet calls. The demonstrators have been demanding the resignation of the government and far-reaching political reforms.

Lebanese Prime Minister Saad Hariri has announced that he will be submitting his resignation amid the anti-government protests that the country has been witnessing since 17 October.

“I put my resignation at the disposal of the President of the Republic”, Hariri wrote in a tweet.

​In a televised address today, Hariri said that he had “reached a dead end” and was going to the presidential residence in order to submit his resignation, a move that comes in the wake of massive demonstrations that have swept the country for almost two weeks.

“Positions come and go, dignity and safety of country is more important”, the PM said, while calling on all Lebanese people to protect the peace in the country.

On 17 October, the government announced tax hikes on tobacco and internet calls, sparking mass protests, with demonstrators blocking roads and highways, demanding the resignation of the government and political reforms.

Lebanese banks have also been closed for 12 consecutive days, with the Association of Banks in Lebanon announcing on Monday that customers would only be served through ATMs. Some Lebanese schools and universities have reportedly also been shut down.

Following an escalation of the situation, the government cancelled the proposed tax hikes, while presenting a 17-point plan to address the economic situation in the country, also offering to cut the salaries of ministers and lawmakers.

However, the demonstrators did not accept the proposed plan, blaming Lebanon’s confessional governmental structure for breeding tribalism and corruption. Around two million people out of Lebanon’s population of six million are believed have taken part in the anti-governmental actions. While the demonstrations have largely remained free of violence, they have led to massive road blockages around the country.