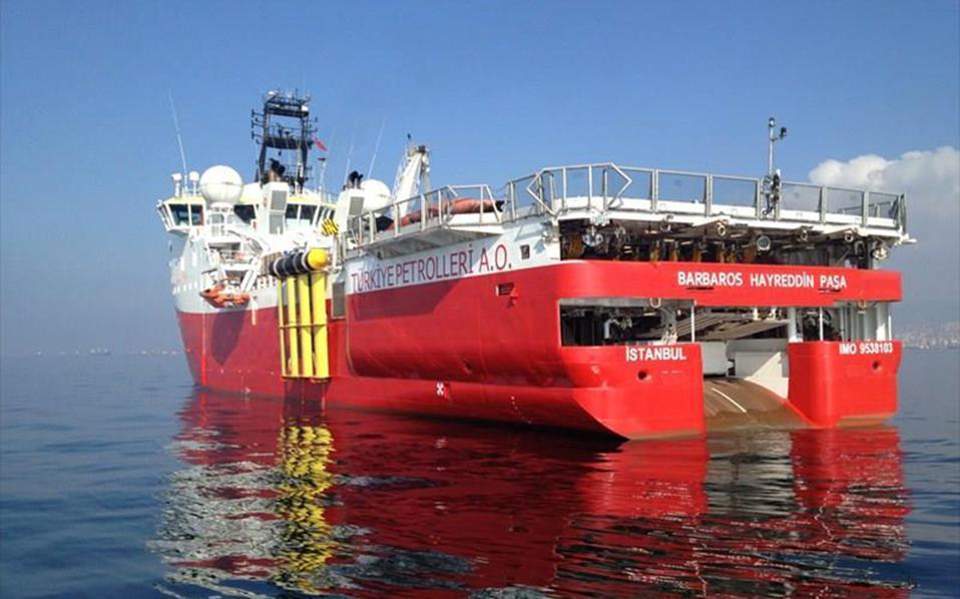 Cyprus, ‘Israel’ and Egypt have all discovered offshore gas fields in the eastern Mediterranean, and they have each mapped out their own ‘Exclusive Economic Zone’ (EEZ), to protect their interests in developing lucrative projects.  Although Turkey has no energy resources, they wish to explore the possibility.

When the Arab Spring swept the region, Turkish President Erdogan decided to place all his bets on the Muslim Brotherhood, which turned out to be the loser; however, he remains firmly in allegiance to the radical ideology, and now reaches out to the Muslim Brotherhood government declared in Tripoli.  On November 27, Ankara and Tripoli signed a memorandum that covers security, military and shared maritime boundaries which outlines a patch of sea between the Turkish and Libyan coasts, which Greece views as its islands’ territory. Erdogan said on TV, “We will be protecting the rights of Libya and Turkey in the Eastern Mediterranean.”

The US, Russia, Egypt, ‘Israel’, Cyprus, Greece, and the EU have all denounced the deal. Turkey’s deal with Tripoli is aimed at stopping ‘Israel’ from building a planned gas pipeline to Europe, by claiming the pipeline infringes on Turkey and Libya.

Erdogan’s dream was to become an energy transit hub, with ‘Israeli’ gas passing through Turkey on its way to Europe, thus cutting out Russia as a supplier.  However, in 2018 Israel agreed in principle to a US-backed natural-gas pipeline deal with Cyprus, Greece, and Italy, but the deal did not involve Turkey. ‘Israel’s’ project would create a 2,000 kilometer-long ‘EastMed’ pipeline through Cyprus and Greece. Turkey strongly rejected the plan and threatened military action.

UNCLOS, the United Nations Convention on the Law of the Sea, states that islands do have an EEZ. Turkey has refused to ratify UNCLOS and prefers to invent its own rules. President Erdogan said on TV, “We can say that we can conduct our seismic research here and then after our seismic research we can drill here,” referring to a location east of Crete.

The Turkish Petroleum Corporation (TPAO) has recognized the area stretching from the coast of Cyprus to the south of Crete as an operational area for the Turkish Navy and TPAO.  The energy exploration ship, Barbaros, is set to return on December 21 to southern Turkey; however, if it were to conduct exploration further north, this could infringe on Greece’s maritime territorial rights. Turkey does not recognize an EEZ for the Greek islands of the Aegean but does recognize an EEZ for Cyprus, which is split between north and south, with the north occupied by Turkey, contravening international recognition since 1974.

Erdogan is threatening to shut down the Incirlik airbase, which hosts US nuclear warheads, and had threatened the same for Kurecik radar base, which is a key NATO base. Both the US and the EU have threatened Turkey with sanctions.

In the chaos following the 2011 US-NATO attack on Libya, for regime change, the country was divided into two parts.  The regime located in Tripoli is recognized by the UN and is led by Prime Minister Fayez al-Sarraj, who follows the Muslim Brotherhood ideology, while Khalifa Haftar is the Benghazi based leader fighting the Tripoli regime of Sarraj.

In a 376-page report to the UN Security Council, it was revealed that Jordan, Turkey, and the United Arab Emirates (UAE) are supporting Libya’s warring sides and have “routinely and sometimes blatantly supplied weapons, with little effort to disguise the source” in violation of a UN arms embargo.

Libyan Parliament speaker, Aguila Saleh, said in Athens that the Sarraj regime in Tripoli has never received the support of the legally elected parliament. ”It has no right to sign an international treaty affecting Libyan sovereignty,” he said.

Athens says Turkish and Libyan maritime territory cannot be one since Greece lies in the middle.  Greece is standing on international law and has launched a diplomatic drive to isolate Turkey, by briefing NATO, EU, China, Russia and Israel about the issue.  Turkey’s deal with Libya would deprive the Greek islands of Kastellorizo, Karpathos, Kasos, and Crete of an EEZ.  Athens is paying attention to the movements of the Turkish exploration vessels, in anticipation of an escalation. The Greek military garrison on Crete has been reinforced and they informed Turkey that its drillships would be sunk, if necessary.

Mohamed Younis, the Libyan ambassador to Greece, was given a 72-hour deadline to leave Athens in protest of the Turkish-Libyan deal. Greek Foreign Minister, Nikos Dendias, said the deal was in blatant violation of international law, and the Greece Defence Minister, Nikos Panayotopoulos, said on TV, “We shall not wait for anyone to come and help us. Whatever we do, we shall do alone.”

Cyprus has agreed to share its hydrocarbon wealth among Greek and Turkish Cypriots, but only after a political deal to reunify the north and south.  Yesterday, a Turkish drone landed on northern Cyprus, sent from Mugla to assist seeking hydrocarbons in the sea.  Cyprus, an EU member, has called the Turkish drillships and exploration vessel with drone support illegal, and the EU has threatened sanctions after Turkey began seeking oil and gas off the coast of Cyprus earlier this year.

Last week EU leaders rejected the Ankara-Tripoli deal as invalid and condemned it on Friday for being in breach of international laws. The agreement “infringes upon the sovereign rights of third states, does not comply with the Law of the Sea and cannot produce any legal consequences for third states”, reads a draft EU statement, which means the Turkey-Libya deal is not binding upon Greece. All 27 EU leaders supported the Greek Prime Minister, Kyriakos Mitsotakis, in condemning the Turkey-Libya deal in Brussels on December 13, and agreed with him that the deal was contrary to UNCLOS.

The US Ambassador to Greece, Geoffrey Pyatt, told Macedonia News Agency that the deal isn’t valid and that America rejects Turkey’s claims regarding maritime zones, adding that inhabited islands should be regarded the same way as the mainland.

‘Israel’ has joined the others in denouncing the Turkish-Libyan deal. Israeli jets circled the Turkish drilling ship near Cyprus on Sunday, while the move by ‘Israeli’ air forces came after Turkish navy ships intercepted an ‘Israeli’ research ship and drove it away from the region two weeks ago.