Home Politics The Russia-India Oil Deal Is an ‘Unpleasant Surprise’ for Iran, Not the US 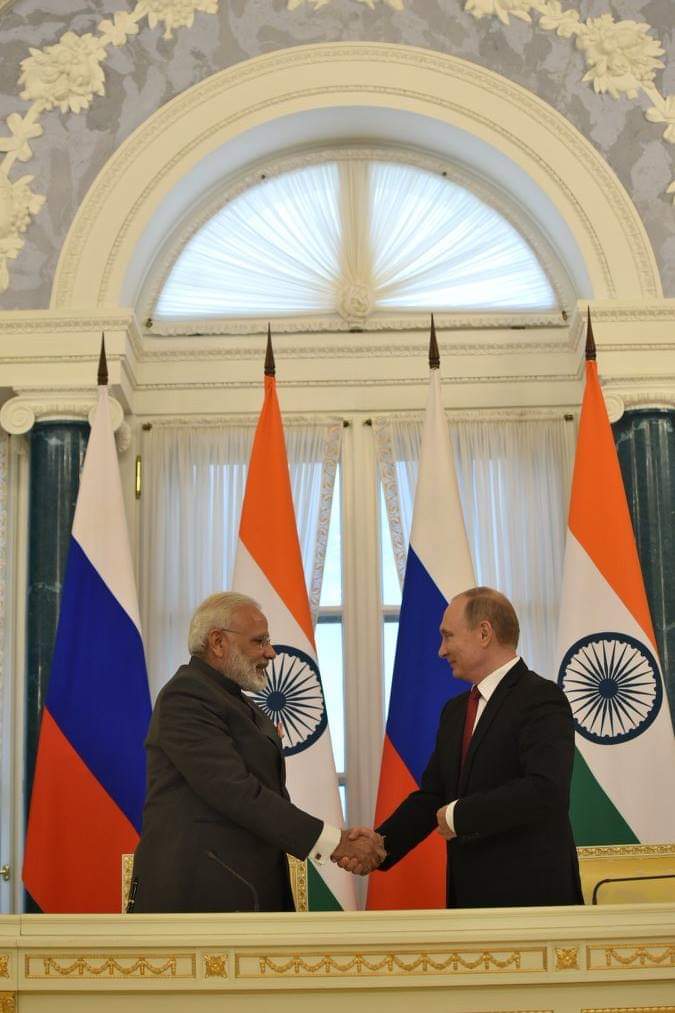 Shishir Upadhyaya, a former Indian naval intelligence officer and one of RT’s newest columnists, is incorrect in recently writing that the latest Russian-Indian oil deal is an “unpleasant surprise for Washington” since it’s actually an “unpleasant surprise” for Tehran because the Islamic Republic is powerless to stop two of its closest economic partners from taking advantage of the US’ unilateral anti-Iranian sanctions to strengthen their energy ties with one another at its expense, which in no way goes against America’s “Indo-Pacific” strategy but actually complements this grand strategic vision in its own way.

New RT columnist and former Indian naval intelligence officer Shishir Upadhyaya published an article over the weekend titled “Unpleasant surprise for Washington? US oil sanctions on Iran force India to look to Russia“, which misportrays the latest Russian-Indian oil deal as an anti-American snub. Moscow will provide its decades-long strategic partner in South Asia with 2 million tons of oil by the end of the year, which the writer predicts “could be a precursor to an emerging energy security partnership between India and Russia, with more deals to come.” He concluded his piece by claiming that “On the whole, the actions of the Trump government in Iran and their wider impact on the Persian Gulf have elevated the Indo-Russia relationship, something that Washington may not have had in mind.” This isn’t exactly an accurate portrayal of the situation, though, because the US actually isn’t against this development since it actually complements its “Indo-Pacific” strategy instead of undermining it.

Upadhyaya is right that this deal could signal the beginning of an “emerging energy security partnership between India and Russia”, but he overlooks the fact that it’s occurring at Iran’s expense. India submitted to the US’ “secondary” sanctions pressure by cutting off imports last year from what had at one time been among its largest energy suppliers, which in turn seriously crippled the Iranian state budget and exacerbated its ongoing economic crisis that runs the risk of eventually having very real domestic political consequences if anti-government protests resume over this issue. Moreover, Russian oil producer Zarubezhneft “pulled out of projects in Iran because of looming U.S. sanctions” in November 2018 according to two sources that spoke to Reuters, showing that Moscow is also keeping Tehran at arm’s length in this respect out of fear that some of its companies could be adversely affected by the US’ indirect economic warfare against the Islamic Republic’s main partners.

Influenced by the laws of supply and demand, it was only a matter of time before Russia and India naturally started cooperating more closely in the energy sphere to make up for their sanctions-related losses.

While those unfamiliar with the energy industry might be impressed after reading the details of this latest deal, the fact of the matter is that it only represents a step in the direction of stronger energy ties, not an Indian “Pivot to Russia” like Upadhyaya wrongly described it as. Two million tons of oil a year might sound like a lot, but it’s less than half of the 4,5 million tons that the US supplied to India from April-August 2019 alone according to data from the Directorate General of Commercial Intelligence and Statistics as cited by “The Economic Times” last September. That outlet’s “Energyworld.com” portal reported last month that India seeks to more than double that amount to close to 10 million tons by the end of this year during deals that are expected to be signed during Trump’s upcoming visit to the country, which means that the latest Russian-Indian oil deal would only be 1/5 the volume of the US’ total oil exports to India. If anything, India has “pivoted” to the US in the energy sector just as it’s in the process of doing in the military one after Russian arms exports to the country plummeted 42% over the past half-decade in favor of “Israeli”, American, and French replacements according to last year’s data from the Stockholm International Peace Research Institute (SIPRI).

In other words, Russia is playing catch-up to the US when it comes to selling energy to India whereas it’s fighting with all its might to retain its slipping dominance over the arms market there. India, however, understands the value of retaining Russia as a strategic partnership per its so-called “multi-alignment” policy of “balancing” between various Great Powers, hence why it isn’t “dumping” the country like the US would ideally prefer for it to do, such as by pulling out of the S-400 deal that it signed a few years back due to the threat of CAATSA sanctions. As such, it might superficially appear that the modest Russian-Indian energy deal that was recently agreed to is also a “snub” to the US, but that’s not true since America understands the value of reliable Russian oil exports to India for ensuring the rising South Asian power’s energy security, especially given rising uncertainties in the Gulf. The US can’t provide for all of India’s energy needs, so it believes that it’s better for it to reliably have them met by Russia than to risk the country’s entire economy collapsing if the Gulf imports on which India is currently dependent are unexpectedly halted as a result of an unforeseen crisis in the region.

The success of India’s energy diversification policy — whether through the US, Russia, or any other non-Gulf-country’s participation — is actually a key element of America’s “Indo-Pacific” strategy since it enables Washington’s new military-strategic partner to continue executing their joint anti-Chinese “containment” policy. Without reliable access to energy, the US’ grand strategic vision of India’s American-assisted regional expansion of overall influence to “counterbalance” China’s would be jeopardized, thus meaning that Washington is willing to accept Moscow’s role in fulfilling this crucial need, even if it isn’t Russia’s intent to bolster India’s “containment” capabilities against China. Russia has its own national (mostly economic) interests that are advanced by this latest deal and the emergence of a potential energy security partnership with India as a result, though that nevertheless doesn’t take away from the role that it’s inadvertently playing in the US’ “Indo-Pacific” strategy. It’s for this reason why the author can confidently assert that the strengthening of the energy dimension of the Russian-Indian strategic partnership was one of the tangential intended consequences that the US had in mind when it sanctioned Iran, not the “unpleasant surprise” that Upadhyaya wrongly claimed.

This article was originally published on OneWorld