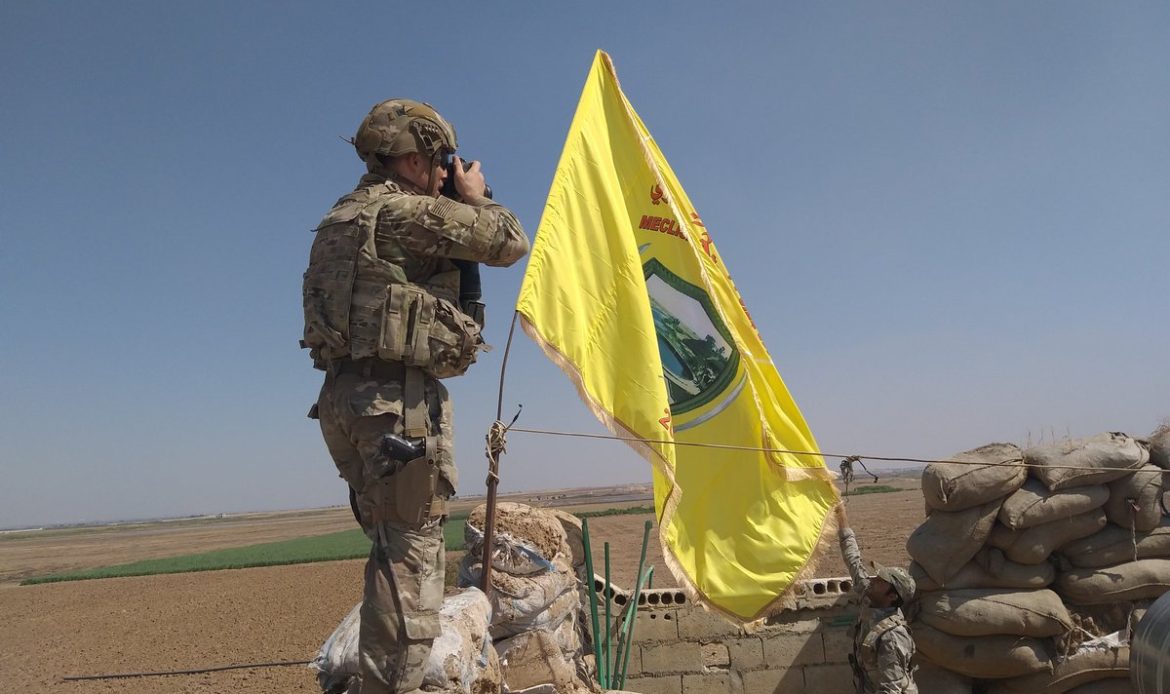 Syrian Kurds are not ready to fight the COVID-19 pandemic as no international body has provided help the requested by the Syrian Democratic Council (SDC), SDC Representative in the US and member of Presidential Committee Bassam Saker says.

“North and East Syria is in a very dangerous situation. We need aid and support from the international community, but so far we have received absolutely no aid or support”, Saker said. “Our region does not even have the capacity to test for coronavirus, let alone effectively treat or quarantine patients.”

Saker said that due to poor living conditions, that have worsened in the nine years since the civil war began, people have been left with weakened health and the whole health infrastructure has been severely damaged. He added that many people are tightly packed into refugee camps or detention centers and living in tents – in “conditions where the virus will spread quickly”.

Saker went on to say that at the moment they do not know how many cases of coronavirus there are in North and East Syria, because they do not have any testing methods for the virus.

He pointed out that Kurds have been issuing urgent appeals for help to the UN, the WHO, and other international organisations for weeks, but have received nothing.

“Coronavirus is surely in our midst, but we do not possess the ability to test for it. It is only a matter of time before the situation turns into a tragedy on a mass scale. We gravely need international aid and support… If we do not receive aid and support from the international community, including test kits, North and East Syria will be utterly devastated.”

Saker warned that if they do not receive any aid, the impact of the virus in the region could spread beyond its borders.

“The ramifications of ignoring our calls for aid may last for months, and will reach far beyond our borders,” he said. “The people of North and East Syria are resilient, and have so far survived the hardships of the Syrian civil war…But this virus is something that does not discriminate based upon strength of character.”

Saker also said that the Syrian Kurds are worried about a new military operation (“Octopus”) being prepared against them amid the ongoing global COVID-19 crisis.

Ankara views the Kurdish-led groups, which are operating in northern Syria, as affiliates of the PKK, which is considered by Turkey to be a terrorist organisation. To fight them, Turkey – in cooperation with several Syrian opposition groups – has conducted a number of military operations in Syria, such as Euphrates Shield and the Olive Branch operation in the city of Afrin.

Damascus has condemned Ankara’s military operations as a violation of Syrian sovereignty.

“Furthermore, the Turkish occupation has cut off access to the medical equipment we would need to test for the virus, and they have stolen many of our resources”, Saker said. “Their occupying forces and the conflict have also cut off our access to provide any aid or services to our people living in certain camps.”

The World Health Organisation (WHO) is coordinating closely with Turkey to prevent the spreading of COVID-19 into northwestern Syria, including on samples processing in Turkish laboratories, the head of WHO’s operation in northwestern Syria has said.

No COVID-19 cases have been recorded in Syria’s north-west so far.

United Nations Under-Secretary-General for Humanitarian Affairs and Emergency Relief Coordinator Mark Lowcock on Monday called for lifting the sanctions against Syria that could undermine the country’s capacity to suppress the coronavirus (COVID-19) outbreak.

On Sunday, the country’s Health Ministry confirmed the first death of a COVID-19 patient. As of Monday, Syria has registered nine coronavirus cases.