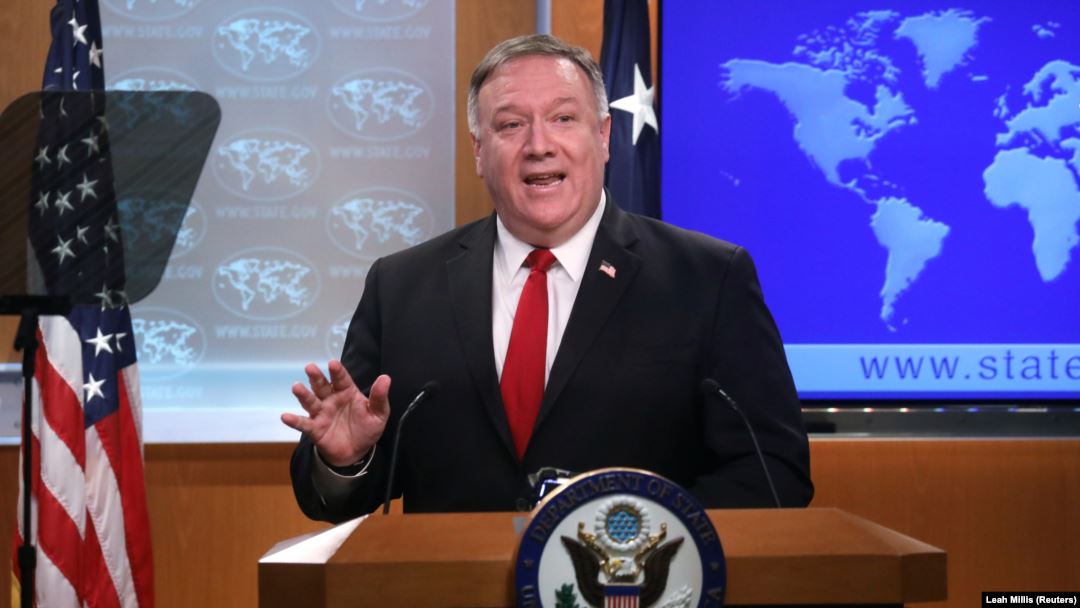 Secretary of State Mike Pompeo said a raft of US sanctions do not stop humanitarian aid from reaching Tehran, even as the UN and rights groups say the penalties are crippling Iran’s healthcare system.

“I’ve heard people talking about sanctions. The world should know there are no sanctions that prevent humanitarian assistance, medical supplies, pharmaceuticals from going to Iran,” Pompeo told reporters at a White House briefing on Wednesday, adding that the US offered to send aid but Iran refused.

Tehran has repeatedly slammed the US pressure campaign – which makes effectively impossible the bank transactions necessary to purchase vital supplies from overseas – deeming it a “historical disgrace” and “economic terrorism” that only complicates efforts to contain the fast-moving epidemic.

Pompeo’s dismissal comes as the State Department protested Iran’s request for a $5 billion emergency loan from the International Monetary Fund (IMF) to fight the coronavirus, which has so far infected over 64,000 Iranians and killed almost 4,000.

After the head of Iran’s central bank, Abdolnaser Hemmati, wrote asking for the urgently needed funds due to the “widespread prevalence” of Covid-19 inside Iran, Foggy Bottom responded by insisting that Washington is “against allocating any loan to Iran” and that the country has sufficient resources to combat the virus on its own.

Some of Washington’s European allies have sidestepped US sanctions and sent medical supplies to Iran this week. Asked about this, US President Donald Trump said that the deliveries “don’t bother” him, but ruled out lifting or easing the sanctions.

The United Nations and other humanitarian bodies have repeatedly urged Washington to ease its sanctions amid the health crisis, with the UN Human Rights Commissioner Michelle Bachelet warning they were “impeding medical efforts” and could lead to the “collapse” of Iran’s healthcare system.

Last week, a group of 24 former senior diplomats – including four retired NATO chiefs – also urged the US to ease its sanctions on the Islamic Republic, arguing it could potentially save “hundreds of thousands of lives” there.

“US ‘maximum pressure’ through sanctions on Iran are compromising the performance of the Iranian healthcare system as Iran’s outbreak moves into its second month,” the European and American diplomats said in a statement on Sunday.

Pandemic or not, Washington has refused to relax its policy on either Iran or Venezuela where the coronavirus has also taken hold in recent weeks. The US Treasury department slapped additional sanctions on a number of Iranian firms in late March – accusing them of aiding terrorism – while the Department of Justice recently indicted Venezuelan President Nicolas Maduro on “narco-terrorism” charges as the US Navy embarked on an anti-narcotics mission off the country’s coast.