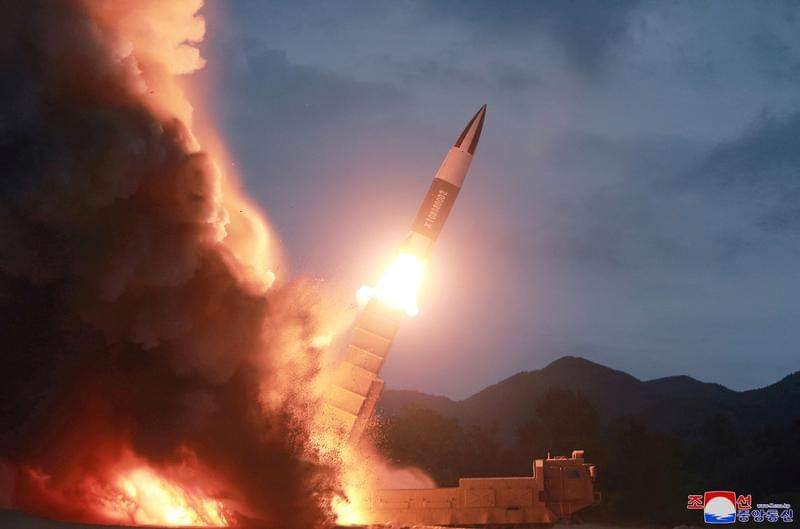 North Korea has boosted its ballistic missile program with a new secret facility, according to a Washington-based think tank being cited by the media. The scary story follows now-debunked rumors that Kim Jong-un had died.

The Center for Strategic and International Studies (CSIS) has claimed that commercial satellite imagery shows a building near Pyongyang International Airport has “the capacity” to store North Korea’s largest intercontinental ballistic missiles (ICBMs), which experts believe are capable of reaching the United States.

Construction on the facility purportedly began in 2016, and includes an “unusually large covered rail terminal building,” according to the think tank. The facility is also reportedly located near ballistic missile component manufacturing plants.

“Taken as a whole, these characteristics suggest that this facility is likely designed to support ballistic missile operations,” the CSIS report stated, even going so far as to bestow a name upon the building – the Sil-li Ballistic Missile Support Facility.

All of this airtight evidence shows that the building is “almost certainly” linked to North Korea’s missile program.

Speculation regarding North Korea has been in the media’s focus in recent weeks, as pundits and outlets circulated rumors that the country’s leader, Kim Jong-un, had died.

When he later emerged in public, follow-up reports alleged that he underwent heart surgery. However, South Korea’s spy agency has dismissed these claims, saying there is no evidence that the North Korean leader has suffered from any health problems.