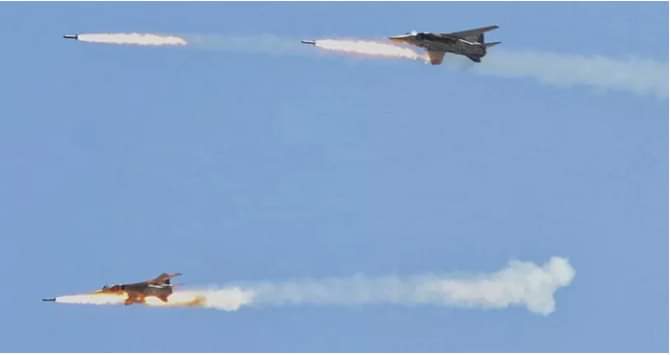 After Prime Minister Boris Johnson allowed Huawei to build “non-core” parts of the UK’s 5G networks, the US has ramped up pressure on the country to reconsider, claiming the Chinese firm posed a security hazard, with Donald Trump previously suggesting that future intelligence-sharing with America’s “Five Eyes” allies could be at risk.

US Republican senators are seeking to use legislation to block the stationing of two squadrons of F-35A Lightning II aircraft in the UK, scheduled for next year, over its decision to grant China’s Huawei access to the country’s 5G network, according to The Telegraph.

The move, which is being led by Republican senator for Arkansas Tom Cotton, who has previously passed anti-Huawei proposals into law, would suggest an amendment to the annual legislation that determines defence spending levels.

The senators seek a modification to the piece of legislation that would ban deployments to countries where perceived “at-risk” companies like Huawei are allowed to operate, writes the outlet.

A summary at the top of the amendment proposed by Cotton, who sits on the Senate Armed Services Committee which handles the legislation, reportedly reads:

“To prohibit the stationing of new aircraft at bases in host countries with at-risk vendors in their 5G or 6G networks.”

If it becomes law, the change to the 2021 National Defense Authorization Act would stop 48 of the most advanced fighter jets from being permanently deployed to Britain.

“While the United States will do all we can to maintain and strengthen the special relationship, protecting US airmen and our national security assets must come first,” Cotton was cited as saying.

To become law, the current proposal must find its way into the version of the legislation passed by the US Senate and the Democrat-controlled House of Representatives, before getting signed off by the US President, with Congress ultimately making the decision.

The amendment would put in jeopardy the aircraft project, worth an estimated $200 million, which has been almost half a decade in the making, with 1,200 US airmen already at RAF Lakenheath, in Suffolk, amid preparations for the deployment.

A UK defense source was cited by the outlet as dismissing concerns, saying the F-35s would not use Huawei-built networks.

The report comes as Washington has launched a major review into the UK’s decision to allow Chinese telecom giant Huawei access in the UK.

In January, Boris Johnson’s government decided to grant China’s Huawei a limited role in 5G wireless networks and fiber optics, while capping its market share and restricting it from the network core, which sees and controls sensitive information.

The move came after UK security services claimed that alleged security risks associated with Huawei could be managed.

Washington protested the deal at the time, insisting that allowing Huawei access to any part of the network compromised it entirely.

The US has long insisted that the Chinese company is closely linked with the country’s ruling Communist Party and that its equipment could be used for spying – an allegation that Huawei and Beijing have repeatedly denied.

Besides the Trump administration, amid criticism of China’s handling of the COVID-19 pandemic, Johnson has been facing pressure to renegotiate or scrap the deal from rank-and-file Conservative MPs.

The MPs were cited as acknowledging that the stance towards China had considerably “hardened” among Johnson’s fellow party members after reports suggested that Beijing “lied” about the pandemic and failed to “face up to its responsibilities”.

“I think it’s hardened many views in the parliamentary [Conservative] party… Clearly, it’s going to have implications… It makes the Huawei position hard,” Tom Tugendhat, who chairs the Foreign Affairs Committee in the House of Commons, was quoted as saying in April by Business Insider.

China has been dismissing all accusations as groundless.

“We hope the U.K. side can uphold principles of freedom and openness, maintain policy independence and provide Chinese companies with an open, fair and nondiscriminatory business environment,” Chinese Foreign Ministry Spokesman Zhao Lijian said at a briefing in Beijing on 17 April.

As the UK Government’s Huawei decision is yet to become British law, a reversal is still possible, writes the outlet.