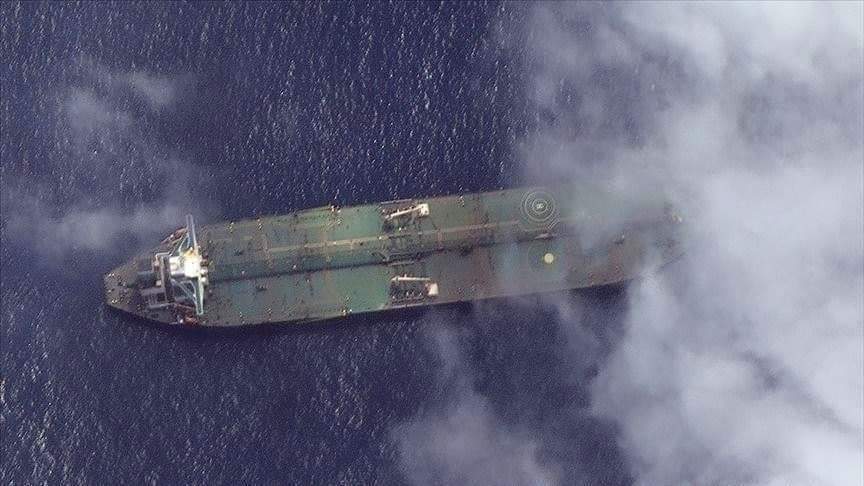 The Yemeni minister of oil and minerals has called upon the United Nations to pressure the Saudi-led coalition involved in a campaign against his country into allowing the offloading of crude oil from a tanker afloat off the coast of Yemen’s port city of Hudaydah.

Speaking in an exclusive interview with Yemen’s official Saba news agency on Sunday, Ahmed Daress said Safer tanker, loaded with nearly 1.1 million barrels of oil, has turned into a time bomb that threatens the marine environment.

He noted that the Saudi-led alliance is adamantly preventing the unloading of the consignment or maintenance work.

“Despite attempts by the Ministry of Oil to carry out maintenance, the coalition of aggression does not permit the entry of the technical team assigned to perform the maintenance under the supervision of the United Nations,” Daress said.

The Yemeni minister held the UN and the Saudi-led military coalition fully responsible for any environmental catastrophe in the Red Sea, and destruction of marine life due to a potential oil spill from the ship.

Separately, Yemeni Foreign Minister Hisham Sharaf held Saudi Arabia and its allies to account for a serious pollution off the Red Sea coast.

He said Yemeni authorities in Sana’a have on occasions asked the United Nations and its organs to send an evaluation and maintenance team to assess the situation of Safer oil tanker.

Sharaf noted that the ongoing sea, land and air blockade on Yemen has prevented access to the vessel and its much needed maintenance.

The Safer tanker reportedly allows vessels to anchor offshore and transfer oil extracted and processed from installations in the Ma’arib oil field in central Yemen.

The tanker is said to contain 34 crude oil tanks of different sizes and volumes, amounting to a total capacity of about three million barrels.

At least 80 percent of the 28 million-strong population is also reliant on aid to survive in what the United Nations has called the world’s worst humanitarian crisis.