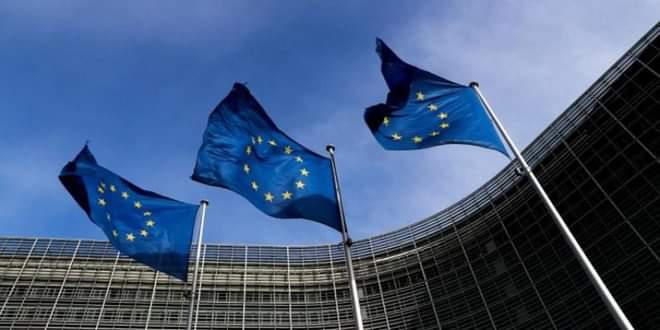 Kiev should “insist” that NATO pays out $200 billion for Ukraine’s decision to abandon nuclear weapons more than a quarter of a century ago, a former Ukrainian lawmaker said, arguing that the move saved the alliance a fortune.

Back in the mid-1990s Ukraine ditched the nuclear arsenal that it inherited from the Soviet Union in exchange for security guarantees provided by the US, the UK and Russia as part of the so-called Budapest Memorandum. Now, the time has come for Kiev’s “Western partners” to pay up – in cash – Andrey Senchenko, a former Verkhovna Rada deputy and interim deputy head of ex-President Petro Poroshenko’s administration, believes.

The alliance would have had to drastically increase its defense expenditures over the past two decades had the Soviet nuclear missiles stayed in Kiev’s hands, Senchenko explained. “The missiles would, of course, not be a threat to New York, Paris or Berlin but would create a danger of nuclear and missile technologies proliferation around the world, which is a very serious danger,” he said, de facto admitting that Ukraine would have been barely able to properly control its nuclear arsenal and associated technologies in the first place.

It is true that, back in the 1990s, Ukraine possessed a significant nuclear arsenal. The number of nuclear warheads deployed on its territory by the USSR was only behind those possessed by Russia and the US.

Now, the ex-MP believes that the Western nations should very much appreciate the fact that Ukraine did not fancy becoming a nuclear power back in the 1990s – an idea that some politicians in Kiev have floated two decades later. “Their direct benefit amounted to at least $1 trillion,” Senchenko said without revealing the data behind such calculations.

He further said that Ukraine “has a right on some 20 percent of this economic benefit,” which amounts to $200 billion. “That is what we should discuss with our Western partners,” Senchenko said. “Ukraine should insist on that.”

The issue still appears to be less about settling old scores and more about dealing with Ukraine’s modern economic difficulties. The nation’s economy is still reeling from the damage it suffered due to political alienation from Russia following the 2014 Maidan coup that saw pro-Western forces team-up with outright ultranationalists toppling the nation’s legitimate government.

Russia used to be the primary market for many Ukrainian goods. Ukraine’s transport industry and railroad system were also heavily reliant on cross-border traffic between the two neighbors. Demand for traffic services also significantly decreased as Moscow and Kiev imposed transit barriers amid cooling relations.

Senchenko, a member of the former Prime Minister Yulia Tymoshenko’s ‘Fatherland’ party, was also quite open about how he would apparently spend the hefty sum Kiev could get if the West somehow agrees to his proposal. “These $200 billion would be equal to our nation’s total external debt,” he said, adding that enough would be left over to “put the Ukrainian army into perfect shape.”

Ukraine’s national debt stood at around $84.73 billion in March, according to the Finance Ministry, while its economic performance leaves much to be desired. Last year, Kiev ran a budget deficit of around $3.4 billion. Yet, the government apparently has no plans of reducing it. Instead, it announced in March it would triple the deficit this year, increasing it to $10.65 billion.

And the flow of cash from its sponsors across the pond appears to be slowly drying up. In 2020, the US pledged aid of some $700 million to Ukraine, which was still enough for President Volodymyr Zelensky to personally thank US President Donald Trump for his “unwavering support.”

Yet, it seems that instead of seeking some feasible ways out of the crisis, Ukrainian politicians come up with increasingly bizarre plans to fill up Kiev’s stash. In January, Oleg Tyagnibok, the leader of Ukraine’s far-right Svoboda party, demanded Moscow pay Kiev “compensation” for what he called “occupation in the 20th century,” apparently referring to the Soviet times. The politician did not specify the exact sum, though.

Earlier the same month Ukraine’s Prime Minister Oleksiy Honcharuk announced that the nation’s state-owned railroad monopoly would be taken over by Deutsche Bahn. The official’s hope of leasing the state company to German investors was swiftly dashed, however, by a prompt denial from the German railroad operator saying no such agreement was signed.