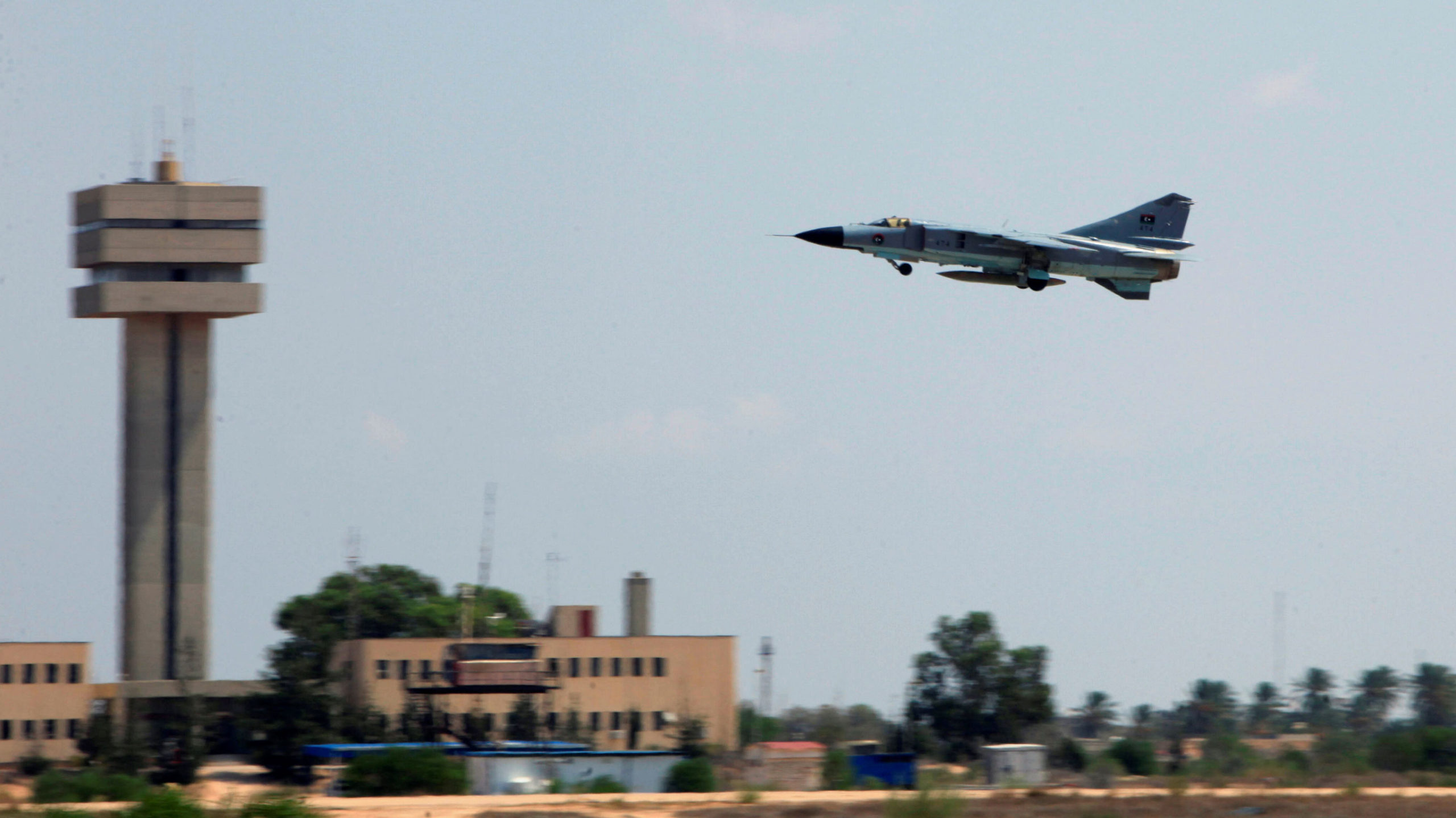 US Army Gen. Stephen Townsend, commander, US Africa Command, released a statement on May 26 accusing Russia of sending Russian military aircraft to Libya to support the Libyan National Army (LNA).  The accusations are detailed and include photos and images, which are supposed to convince the reader that Russia sent planes to Syria, where they were repainted to disguise their source, and then flown on to Libya. However, the photos don’t provide evidence of the accusations. The US statement uses the word “assesses” five times, and also uses the phrase “are likely to”.  Those are statements of opinion, and not based on facts or evidence, which could have been presented, had they existed.

Viktor Nikolaevich Bondarev is a Colonel General and former Commander of the Russian Aerospace Forces, and the former Commander-in-Chief of the Air Force branch of the Aerospace Forces, who now heads the defense committee in the upper house of the Russian parliament.  Bondarev stated on May 27, “If the warplanes are in Libya, they are Soviet, not Russian,” and further characterized the US accusations as “stupidity.”

Repainting planes to disguise their source is antiquated, given the modern technology of advanced electronics and friend-foe detection (IFF), which can be used to easily identify any military object.

While the US accuses Russia of interfering in Libya, the US is interfering in many countries around the world, such as Syria, Iraq, Afghanistan, Iran, Cuba, Venezuela, Hong Kong, and Libya. Russia, by contrast, is legally in Syria at the request of the Syrian government.

LNA spokesman Ahmed Mismari denied the US accusations. He referred to “media rumors and lies” that the US has spread, and explained that last week the LNA repaired four old Libyan jets for use and announced the start of a new series of airstrikes against the Muslim Brotherhood Government of National Accord (GNA) which was founded in 2015 under an UN-led political deal, and had a two-year mandate which expired in 2017.

Stefan Keuter, German politician for the Alternative for Germany (AfD) and a member of the Bundestag since 2017, urged caution when he told the media, “When it comes to violations of the international treaties and the arms embargo in Libya, the accusations of the United States African Command (AFRICOM) is not enough.”

Before the US-NATO attack to destroy Libya in 2011, the country was the most prosperous in all of Africa, and its leader Qaddafi was planning projects to allow Libya to be free of western domination and neo-colonialism.

Turkey has sent thousands of Syrian terrorists, including ex-ISIS fighters, to Libya to defend the Muslim Brotherhood government of Sarraj.  Lindsey Snell, an American journalist, has created a video in which features Syrian terrorists that are fighting in Libya for the Sarraj militia, on the promise of being paid $2,000 to $2,500 per month by Turkey.  In the video, one of the terrorists declares, “We have Turkey, Qatar, and the US with us. We are NATO, so every country is with us.”  Snell had been kidnapped by Jibhat al Nusra, the Al Qaeda affiliate in Syria supported by Turkey. She managed to escape to Turkey only to be arrested by the Turkish military on the accusation of being a CIA operative.

Libyan National Army (LNA) has been led by Field Marshal Khalifa Haftar since April 2019 and is appointed by the Libyan parliament, which is the only legitimate body in Libya today.

Libya’s Government of National Accord (GNA) leader Fayez al-Sarraj appears to have his hands tied by the Muslim Brotherhood, who have dominated Libya’s Presidential Council.  Sarraj has the direct backing of Turkey and support from many jihadist organizations in Libya. His private militia RAAD has kidnapped and held a Russian sociologist and his translator since May 2019 in a private prison near Tripoli airport.

Libyan National Army spokesman Ahmed al-Mismari had said in March, the Muslim Brotherhood had appointed members to high positions in the Tripoli-based Central Bank to “finance its groups and militias”.