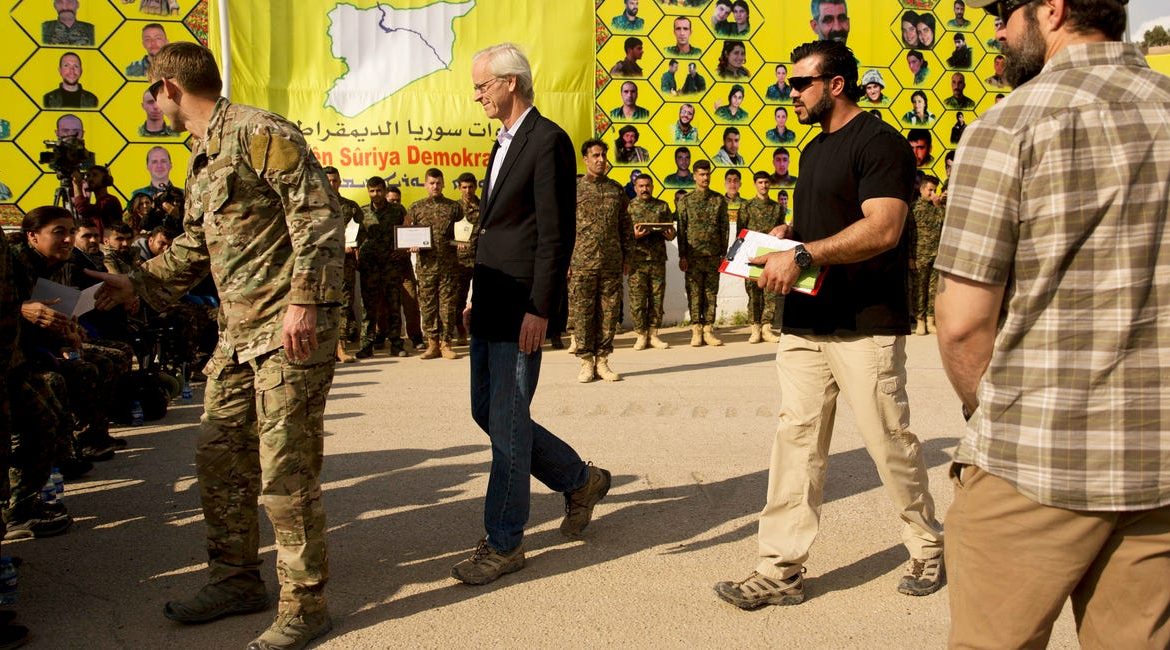 A military convoy belonging to militants affiliated with the Syrian Democratic Forces (SDF) has reportedly come under attack by unidentified assailants in Syria’s northeastern province of Hasakah.

Syria’s state-run al-Ikhbariyah television news network, citing local sources, reported that the convoy was targeted on the outskirts of the town of Shaddadi as it was heading toward al-Omar oilfield in the neighboring province of Dayr al-Zawr.

Security conditions are reportedly deteriorating in areas controlled by the Kurdish-led SDF in Hasakah and Dayr al-Zawr provinces amid ongoing raids and arrests of civilians by the SDF militants, who are supported by Washington.

An American oil company has recently signed an agreement with the SDF.

US Senator Lindsey Graham and Secretary of State Mike Pompeo referred to the deal during a Senate Foreign Relations Committee hearing earlier this month.

The Syrian Ministry of Foreign Affairs and Expatriates condemned the agreement, calling it an illegal deal aimed at “stealing” Syria’s crude oil under the sponsorship and support of the American administration. “This agreement is null and void and has no legal basis.”

On Saturday, the SDF laid siege to a number of neighborhoods in the town of Shuhayl in Dayr al-Zawr, abducting a number of civilians and setting up barriers.

Elsewhere in the towns of Hawaij and Diban, locals blocked main roads and demonstrated to demand the withdrawal of US military forces and their allied SDF extremists from the region.

The US-backed militants, in return, brought in reinforcements and kidnapped a number of civilians.