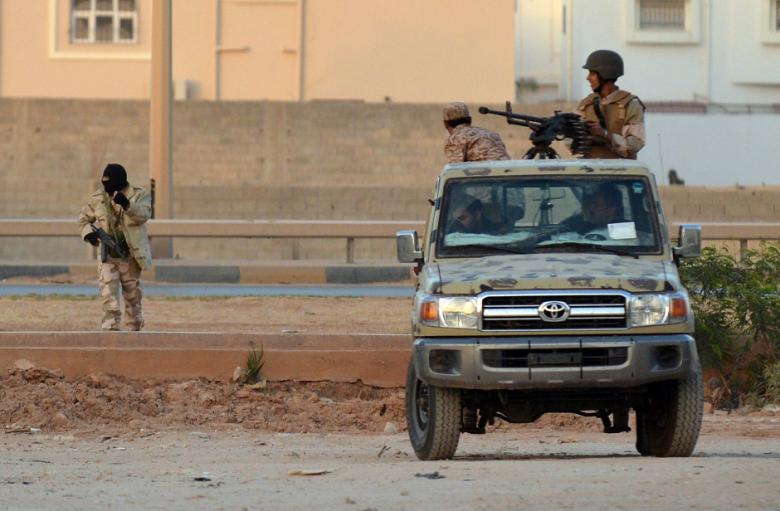 The Libyan National Army (LNA) spokesman, Major General Ahmed Al-Mismari, announced the killing of the emir of the Islamic State (ISIS/ISIL/IS/Daesh) terrorist organization in Libya, Abu Abdullah, in a specific operation west of Sabha.
According to Mismari, the LNA received information about an Islamic State terrorist cell in the neighborhood Kafi of Sabha, pointing out that the “116th Infantry Battalion clashed with the group in a battle that lasted seven hours straight.”
He said, “The battle ended with the elimination of nine terrorists and the arrest of two women, one from Benghazi named Sana Abdul-Hadi Salem, born in 1980, the wife of the ISIS terrorist Othman al-Abbar, who was killed in the operation, and the other woman is the wife of the emir of ISIS in Libya, and she is an Egyptian named Najla Mahmoud Afifi Hussein.”
The Libyan National Army spokesman pointed out that several other people had been arrested, including a Libyan, three Saudis, an Egyptian, a Sudanese, a Nigerian, and another from the Ivory Coast.
Previously, the Libyan National Army killed two Islamic State terrorists in southern Libya, including an Australian national, after a brief clash with the group.