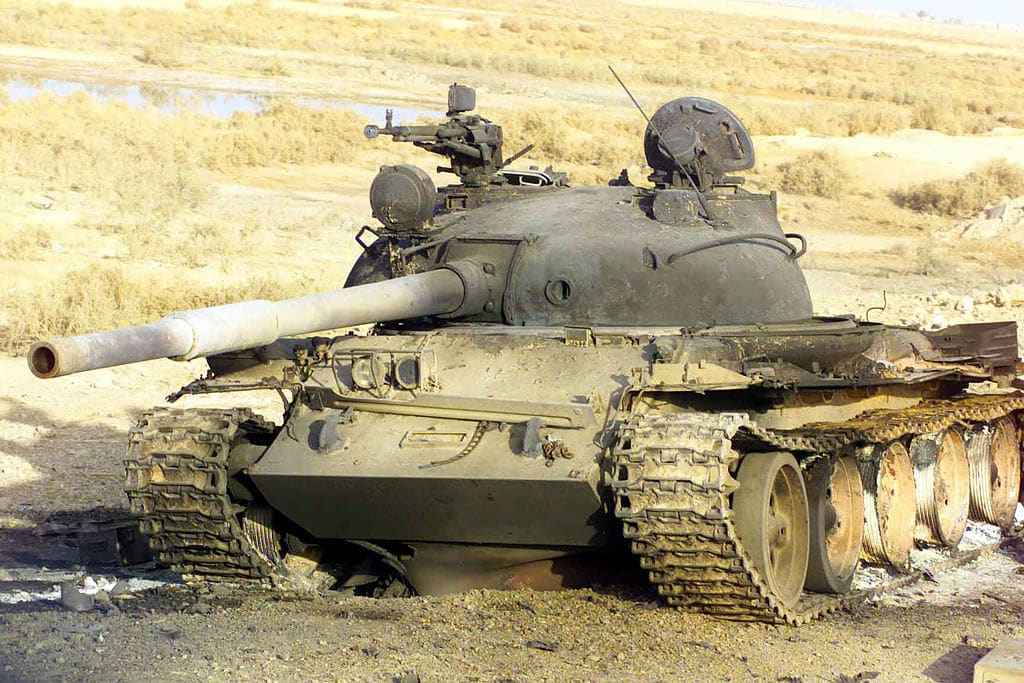 The Iraqi Army plans to reintroduce the Soviet-era T-62 tank to its forces, a new report from the Russian newspaper, Rossiyskaya Gazeta, said this week.
Citing evidence at a repair facility near the Taji Military Base, the Russian newspaper said the T-62 tank is being worked on so that it can be reintroduced into the Iraqi Armed Forces.
The report said that due to financial restrictions, the Ministry of Defense has not been able to acquire new equipment, so the army is now working to restore their older equipment.
Initially, they brought back the T-55 and the Chinese Type 69, then they began to “revive the T-72M1”, which was cited in a Russian report a few months.
These tanks were one of the main tanks in Saddam Hussein’s army, which were delivered to the Iraqi Armed Forces in the 1970s.
By the time the Iran-Iraq War began in September 1980, the forces had about 700 tanks. Another 1,000 units were received during this long and bloody conflict.
The T-62 tank proved to be effective during the Iraq-Iran War, as it managed to destroy several enemy vehicles.
It would later be used in the Iraqi invasion of Kuwait and shortly thereafter, the Gulf War.