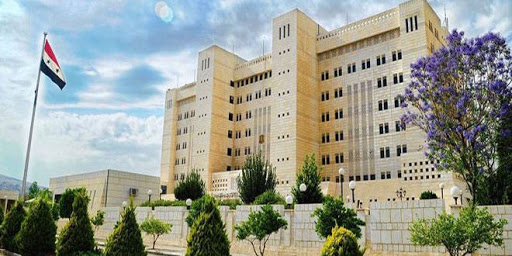 On Saturday, Syria accused the Dutch government of using the International Court of Justice to serve the United States’ political agendas.

The Syrian Arab News Agency (SANA) quoted an official source in the Syrian Foreign Ministry as saying, “In response to the announcement by the Dutch Foreign Minister of his country’s intention to file a lawsuit against President Bashar Al-Assad for what he described as (human rights violations), the Dutch government has accepted its role as the servant of the United States.”
“It insists once again on using the International Court of Justice in The Hague to serve the political agendas of its American master and using it as a platform to leap over the United Nations and international law,” they continued.
The Syrian Foreign Ministry continued: “The Dutch government is the last to have the right to speak about human rights and the protection of civilians after its major scandal in front of the Dutch public opinion and taxpayers among its people as a result of its support and financing of armed organizations in Syria classified by the Dutch Public Prosecutor’s Office as terrorist organizations … that scandal is documented in voice and image – and which was recognized by the Dutch foreign minister himself, who today speaks falsely and erroneously about human rights and the suffering of civilians in Syria.”
They explained that “this Dutch position is nothing but a maneuver to camouflage the scandals of this regime and a desperate attempt to obtain, through this procedure, what the Netherlands could not obtain through its support for terrorist organizations in Syria.”
They stressed, “The government of the Syrian Arab Republic reserves the right to prosecute anyone involved in supporting terrorism in Syria, and the partner countries in the shedding of Syrian blood hold the governments and individuals fully responsible for the blood of civilians, the destruction of facilities and infrastructure, the theft of the wealth of the Syrian people and the suffering that Syrians are experiencing today in their lives.”
On Friday, the Netherlands presented a memorandum to the Syrian government, inviting them to fulfill its international responsibilities due to human rights violations, such as torture and the use of chemical weapons in Syria, confirming that a memorandum was submitted to the Syrian mission to the United Nations, inviting the government to talks about violations they have been accused of committing.