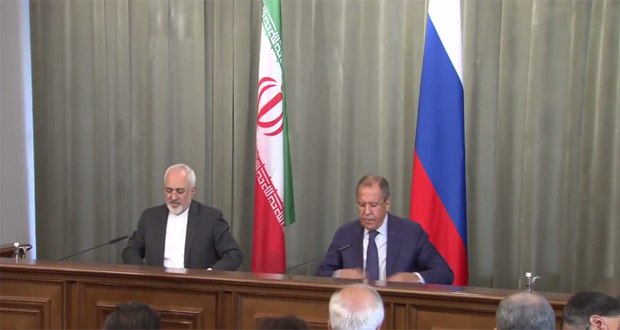 Iranian Foreign Minister Javad Zarif will visit Moscow on September 24 and have a meeting with Russian Foreign Minister Sergey Lavrov, Zamir Kabulov, the head of the Foreign Ministry’s Second Asian Department and special presidential representative for Afghanistan, told Sputnik on Monday.
“Yes, he [Zarif] is coming. His consultations with Sergey Lavrov are planned for September 24,” Kabulov said.
“They will discuss the usual issues — bilateral relations, Syria, JCPOA, other regional issues,” he added.
According to Kabulov, the ministers will discuss potential lifting of arms embargo.
Source: Sputnik