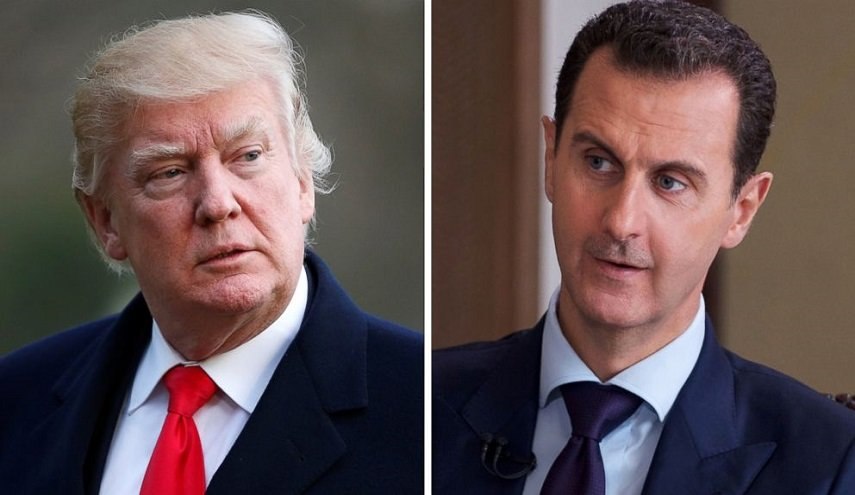 Major General Hossein Salami, Commander-in-Chief of the Iranian Revolutionary Guard, commented on U.S. President Donald Trump’s statement that he had considered the possibility of assassinating Syrian President Bashar al-Assad.
Salami said that this statement issued by Trump is evidence that the U.S. President “lacks political wisdom and management,” according to the Fars News Agency.
“He wanted to assassinate the Syrian President, and this means the end of the political season for a force that wanted to publicly assassinate a legal president of a country, ” Salami said during his participation in a ceremony that included drones and helicopters in the Revolutionary Guard’s Navy .
He stressed, “America has not abandoned its expansionist strategy and seeks to impose its will on other countries, and this matter prejudices others, and shows that the rulers of this country lack political wisdom and suffer from negativity and mismanagement .”
Salami added that his country is getting stronger every day, and the influence of the Islamic revolution has reached the eastern Mediterranean and North Africa. “We are resisting and getting stronger every day.”
Trump said in an interview with Fox News last week that he had thought about the possibility of assassinating Syrian President Bashar al-Assad, but former United States Defense Secretary James Mattis convinced him not to resort to this option.