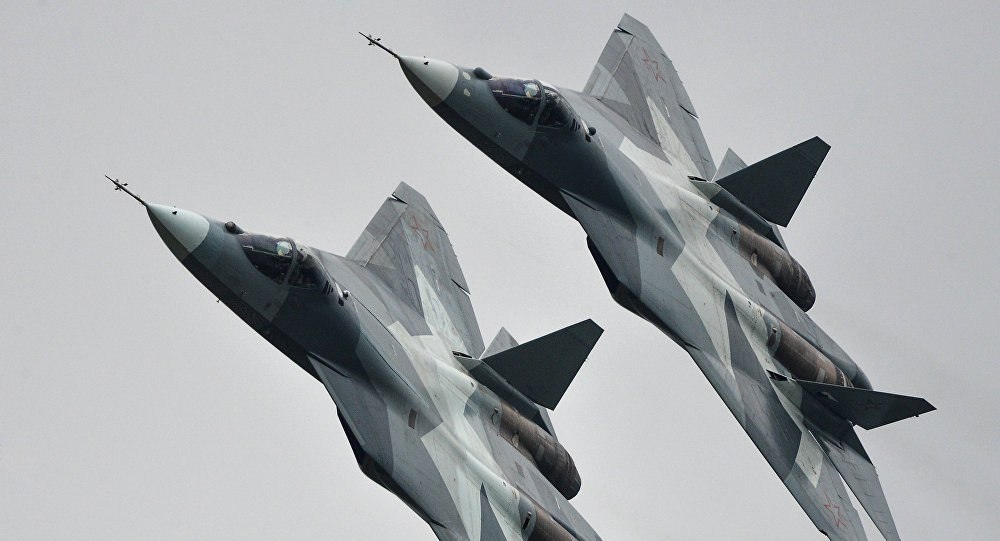 Russian and Syrian warplanes carried out a series of heavy attacks over central Syria on Friday, targeting several dens belonging to the Islamic State (ISIS/ISIL/IS/Daesh) terrorist organization.
According to reports from the Homs Governorate, a mix of Russian and Syrian aircraft carried out several strikes on the Islamic State’s hideouts, resulting in the destruction of these dens used by the terrorist group to store weapons and supplies.
At the same time, the Syrian Arab Army (SAA) and National Defense Forces (NDF) continued their patrols in the vast desert region between Homs, Al-Raqqa and Deir Ezzor, as they searched for Islamic State terrorists throughout the Badiya Al-Sham region.
The Islamic State uses the Badiya Al-Sham region to launch attacks against the Syrian Arab Army and their allies on several occasions each month.
These frequent attacks have prompted Damascus to increase the military presence in central and eastern Syria, despite the fact that this troop buildup has done little to stop the ambushes and raids.
A source from the army told Al-Masdar that the Islamic State will remain hidden in the Badiya Al-Sham region, until the military launches a massive campaign using thousands of soldiers to clear each and every cave used by the terrorist group.