Pepe Escobar says China is “not interested in war, but in trade and development, both internal and with foreign partners.” 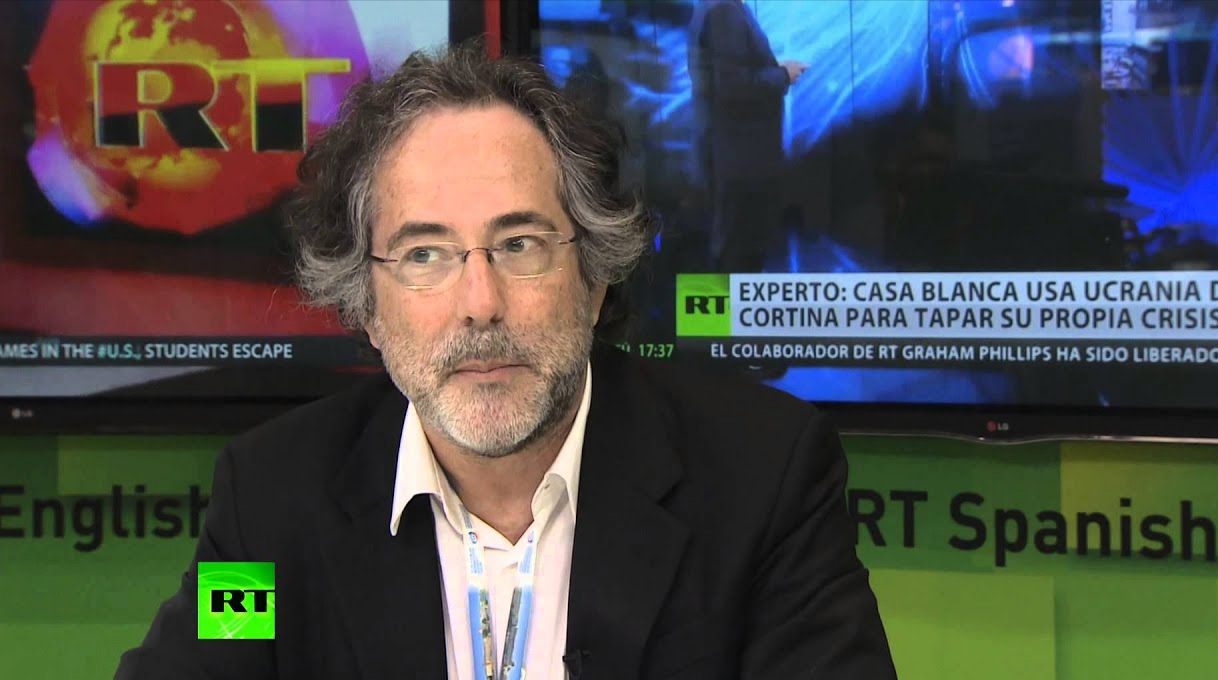 China’s ping-pong team invited members of the US team to China on April 6, 1971, and the momentum was begun to establish warm relations between the two nations. However, during the current Trump administration, we have seen the relationship drop to its lowest point.

The US and China have mutual political, economic, and security interests, such as in the area of the proliferation of nuclear weapons, but there are unresolved conflicts relating to the role of the US as a bully toward nations who do not share their same political ideology.

To better understand the relationship, and where it may be headed, Steven Sahiounie of MidEastDiscourse reached out to Pepe Escobar for his expert analysis.

Pepe Escobar is a Brazilian journalist, who writes a column ‘The Roving Eye’ for Asia Times Online, and works as an analyst for RT and Sputnik News, as well as Press TV, while previously having worked for Al Jazeera. Escobar has focused on Central Asia and the Middle East.

Steven Sahiounie (SS):  US Secretary of State, Mike Pompeo, has said former US President Richard Nixon created a monster by establishing relations with The Peoples Republic of China decades ago.  Pompeo and others in the Trump administration are warning that the Chinese Communist Party is actively trying to export their political ideology beyond their borders.  These ‘China-Hawks’ are trying to instill fear among western democracies while pinning a label on China as the ‘bogey-man’. Should the US be dictating what other nations choose for their political system?

Pepe Escobar (PE):  Nixon in China was a clever Kissinger move to further split China from the USSR and in the long term create an additional, immense market for US capitalism. Deng Xiaoping clearly saw the opening – and after Mao’s death masterfully exploited it for China’s benefit. Pompeo is no strategist – just a lowly spy, with a Christian Zionist apocalyptic mindset. The crude, primitive ideology underneath the massive propaganda attack on the CCP comes from opportunist Steve Bannon. Himself and assorted China hawks completely ignore China’s history, the Confucianist mindset, and the fact this is a civilization-state not interested in war, but in trade and development, internal and with foreign partners. That is captured by the official mantra “community with a shared future for mankind.” Increasingly, governments and public opinion across the Global South are beginning to understand what’s really at stake.

SS:  American tycoons, business executives, and Wall Street barons have encouraged Trump to moderate his policies and tone with China. The American business community and their western counterparts want to share in the Chinese leaps in science, technology, and education.

Can the western business community affect moderating trade and diplomatic relations between the US and China?

PE:  Wall Street is dying to get deeper into business in China because that’s where the action is for US capitalism, and increasingly so as the economic crisis bites deeper inside the US. The top destinations for international capital in the near future are in Asia – and mostly China. Trump’s “advisors” on the trade war are criminally myopic: not only they don’t understand how global supply chains work – and how major US capital is integrated with them – but also they assume mere sanctions will slow down China’s inevitable tech drive, which will be consolidated by the myriad strategies inbuilt in Made in China 2025. It’s an open question of what develops next, depending on the result of the US elections. Top Chinese scholars are discussing that Trump – free from campaigning for re-election – may even revert to those days when he extolled his friendship with Xi. In the case of a Dem administration, pressure on China may be slightly relieved, but quite a few sanctions will remain in place.

SS:  The US is in a process of dismantling decades of political, economic, and social engagement with China while shifting to a new tactic of confrontation, coercion, aggression, and antagonism. The US revoked the special status of Hong Kong in diplomatic and trade relations and declared that China’s maritime claims in the South China Sea were illegal. In your opinion, will the US tactics lead to a military confrontation with China, or is this going to be a ‘Cold War’?

PE:  It’s impossible – under the current Sinophobia hysteria – to have a meaningful discussion in the US on why Beijing updated Hong Kong’s national security law. It has to do as much with subversion – as Beijing examined the Hong Kong conflagration last year – as with money laundering in Hong Kong by dodgy characters from the mainland.

As much as the Caribbean is considered an “American lake”, the South China Sea is being configured as a “Chinese lake”. As a matter of national security, the South China Sea is absolutely crucial for the Maritime Silk Road. Moreover, China will never accept being encircled and/or “patrolled” by a foreign power in its maritime borders. The ultimate aim is to expel the US Navy from the South China Sea. The US Navy and the Pentagon know very well, after gaming it extensively, that a military confrontation with China – in the South China Sea or Taiwan – will never be a cakewalk and may result in a serious imperial humiliation. In a nutshell, Cold War 2.0 will remain – in different levels, way more rhetorical and heavy on propaganda than yielding military facts on the ground.

PE:  The clash is inevitable for myriad reasons. The US National Security Strategy considers China as an existential threat, so this is a bipartisan issue. The ever-evolving Russia-China strategic partnership is the ultimate nightmare for the US Deep State. China is already the top economy in the world by PPP; the top global trade power; and by 2025 may be on the way to become the top tech power as well. In sharp contrast to endless wars and NATO saber-rattling, China’s proposal, especially for the Global South, is the Belt and Road Initiative (BRI), a development model centered on increased connectivity. It’s impossible for the Empire of Chaos – insolvent and completely polarized internally – to accept the emergence not only of a peer competitor, but a strategic partnership (Russia-China) bent on shaping international relations away from war and crude exploitation.

Steven Sahiounie Is an award-winning journalist

5 thoughts on “Pepe Escobar says China is “not interested in war, but in trade and development, both internal and with foreign partners.””