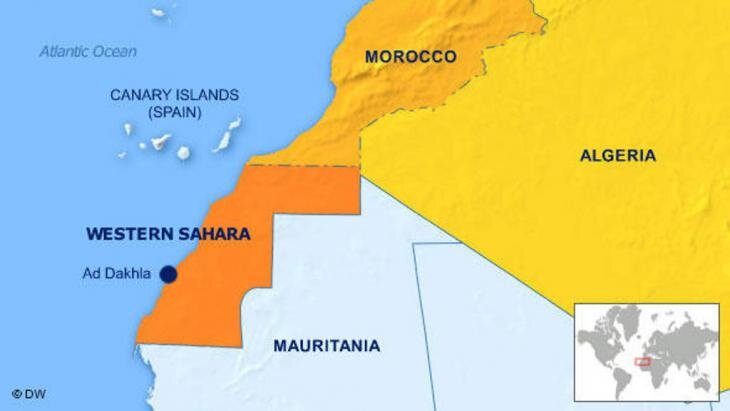 President Donald Trump announced on December 10 that Morocco had joined UAE, Bahrain, and Sudan in recognizing Israel, with plans to reopen its liaison office in Tel Aviv, and joint overflight rights for airlines. The US, Israel, and Morocco triangle included a quid pro quo: a US agreement to recognize Moroccan sovereignty over Western Sahara, a disputed territory since 1975, where there has been a decades-old conflict with Morocco pitted against the Polisario Front.

Jared Kushner, Trump’s senior adviser, and son-in-law, and his chief international negotiator, Avi Berkowitz negotiated the deal. “This is a significant step forward for the people of Israel and Morocco. It further enhances Israel’s security, while creating opportunities for Morocco and Israel to deepen their economic ties and improve the lives of their people,” Kushner said.

The conflict in Western Sahara

The ongoing Western Sahara peace process involves questions of mutual recognition, the establishment of an independent state, and the future of Sahrawi refugees displaced by the conflict. The region is home to some 500,000 people, most of whom live in the capital, Laayoune.

Western Sahara has been on the United Nations list of non-self-governing territories, a stance also taken by the African Union, the International Court of Justice (ICJ), as well as the European Union. The African Union recognizes the SADR as a member state.

After 1975, Morocco resettled hundreds of thousands of its citizens in Western Sahara, making up at least two-thirds of its inhabitants.

“The stance … is a blatant violation of the United Nations Charter and the resolutions of international legitimacy,” the Polisario Front said in reaction to the US-Moroccan agreement, adding that the move “obstructs efforts by the international community to find a solution to the conflict”.

“This will not change an inch of the reality of the conflict and the right of the people of Western Sahara to self-determination,” the Polisario’s Europe representative Oubi Bchraya said in response to the Trump proclamation.

The territory’s main sources of revenue are vast phosphate deposits and rich Atlantic fisheries, which are all in Moroccan hands. The Polisario is heavily dependent on support from Algeria, where it operates bases and runs camps for tens of thousands of Sahrawi refugees.

Senator Jim Inhofe, a Republican, said the decision taken by Trump was “shocking and deeply disappointing”.

“The president has been poorly advised by his team,” Inhofe said. “He could have made this deal without trading the rights of a voiceless people,” he said, referring to the Sahrawi people.

Trump has shown contempt of African institutions and borders, all to serve Israel’s security, and this does not reflect well on the leader of democracy.

“Yesterday, King Mohammed VI called President Abbas, to tell him that His Majesty’s position in support of the Palestinian cause remains unshakeable and that Morocco places it at the same level of Sahara issue,” Othmani said.

Othmani, who heads the conservative Islamist Justice and Development Party (PJD) said, “We also adopt this principle [in the government], with our constant emphasis on rejecting the Deal of the Century, and all violations of the Israeli occupation authorities, especially the recent attempts to Judaize Jerusalem,” he said while adding, “We refuse any normalization with the Zionist entity because this emboldens it to go further in breaching the rights of the Palestinian people,”

He later explained his remarks were made as leader of his party, not as prime minister. According to one recent poll, only 16 percent of Moroccans have a favorable view of Israel, while 70% view Israel unfavorably. Morocco has a genuine opposition and civil society; however, true power lies with the monarchy, and the parliament has been controlled by the PJD since 2011.

“There are foreign maneuvers which aim to destabilize Algeria,” Prime Minister Abdelaziz Djerad said. “There is now a desire by the Zionist entity to come closer to our borders,” he added about Israel.

The Trump brokered deal sparked fears in Algeria that Morocco will allow Israeli forces to operate along its frontier.

“The Israeli army is at our borders,” Algerian journalist and analyst Abed Charef wrote. “The rapprochement between Morocco and Israel opens the way if it has not already happened, for Israeli aid to support Morocco’s army.”

Algeria’s military magazine, El-Djeich, called in its December editorial for Algerians to “stand ready to face” imminent threats. It warned of a “deterioration of the regional situation along our border and the threat that certain enemy parties pose”.

The Algerian foreign ministry said on Saturday that the US proclamation on Western Sahara “had no legal effect”. “The Western Sahara conflict is a decolonization issue that can only be resolved through the application of international law,” it said.

Deputy Foreign Minister Mikhail Bogdanov called the US decision “unilateral,” while adding, “There are relevant resolutions. There is the United Nations Mission for the Referendum in Western Sahara. This is a violation of international law.” He added that while Arab countries are “building bridges” with Israel, the process should not be done “at the expense of the interests of the Palestinian people.”

The deal will boost business with a flood of Israelis to Marrakesh, Fes, and other tourist destinations. Investors will follow, and Moroccan businesses, struggling in a debilitated economy, will appreciate access to Israeli cash as well as their technology. Prime Minister Benjamin Netanyahu will benefit as his governing coalition is falling apart, and he is facing public criticism on fraud charges, while yet another general election looms. An estimated 50,000 Israelis — many of whom are descendants of Moroccan Jews who left in the 1950s — travel to Morocco each year as tourists, learning about the Jewish community and retracing family histories.

Biden is expected to move the US foreign policy away from Trump’s “America First” posture but has indicated he will continue the pursuit of what Trump calls “the Abraham Accords” between Israel and Arab and Muslim nations.

Morocco can’t rely on American diplomatic support, in the UN or elsewhere, beyond Jan. 20 when Biden is inaugurated as President, and he may reverse Trump’s decision on Western Sahara, and reaffirm American commitment to international law and a mediated end to conflicts.

UN Secretary-General Antonio Guterres welcomed the Israel-Morocco agreement but reserved judgment on Western Sahara. The UN mission in Western Sahara, MINURSO, said its position on the territory was “unchanged”.

Guterres believes “the solution to the question can still be found based on (UN) Security Council resolutions,” his spokesman said.

The UN maintains a peacekeeping force in the territory and has been pursuing a settlement plan meant to eventually allow the people of Western Sahara to choose between independence and integration with Morocco.

Trump’s support last year for Israeli claims to sovereignty over the Syrian Golan Heights, and his proclamation over Western Sahara, represent a direct rejection of the UN charter principle that countries cannot acquire territory by war.