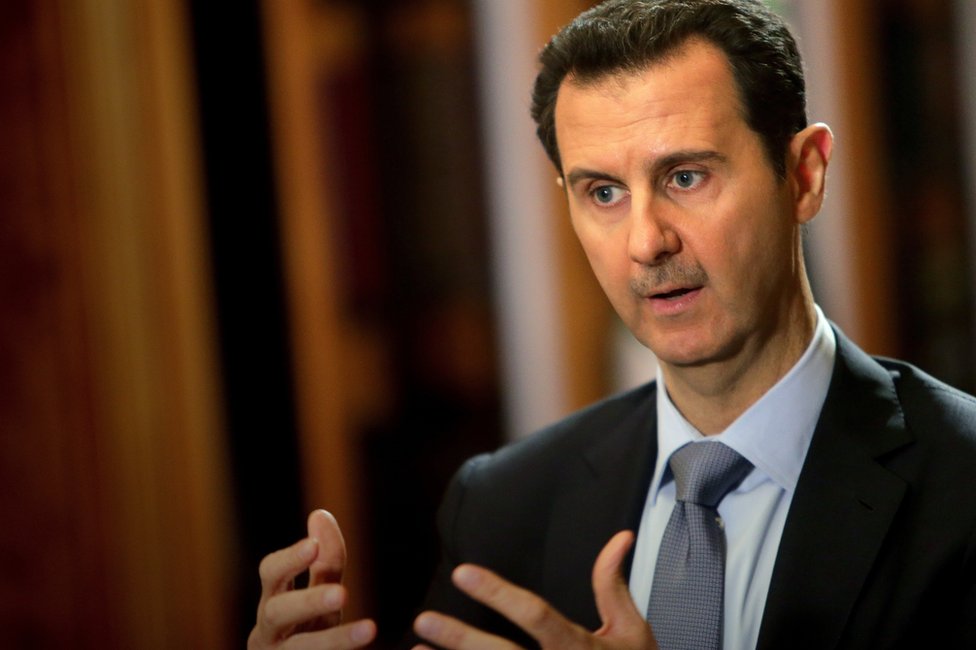 President Assad: If division cases occur in an Arab country, they will be transmitted to other countries.

Syrian President “Bashar al-Assad” said that if divisive, isolated or sectarian situations occur in an Arab country, they will move to other countries, noting that Arab countries can only be viewed as one national arena.

Al-Assad’s words came when he received a delegation from the Islamic National Conference that included party leaders, representatives, and political and trade union figures from several Arab and Islamic countries, as part of a meeting during which they discussed the idea of Arab nationalism, identity and belonging.

The attendees stressed the importance of addressing the youth and the necessity of renewal in the language in which the idea of nationalism is presented to the younger generations, as President al-Assad considered that “nationalism in its basic and essential meaning is an idea of belonging, and the national idea should not be presented in an abstract ideological theoretical framework, but rather this idea should be based on facts.

Al-Assad added that the principled and ideological ideas must be linked with the interests of the people, pointing out that the challenge facing the Arab intellectual elites is to convince people that there is a direct relationship between belonging and interest.

In turn, the members of the delegation expressed that the steadfastness and steadfastness of the Syrian people in the face of all that they have been exposed to during the past years has restored consideration to the national project, and that Syria has paid and is still paying the price for its nationalist stances, support for the resistance, and its response to plans and projects in the region.

The delegates also considered that it is Syria’s right over all Arab and Islamic peoples and all the free forces in the world to stand by it, saying that “defending Syria is self-defense and for the destiny and the future, because the victories that took place in Lebanon or in Palestine would not have occurred without it. The steadfastness of the Syrian people.