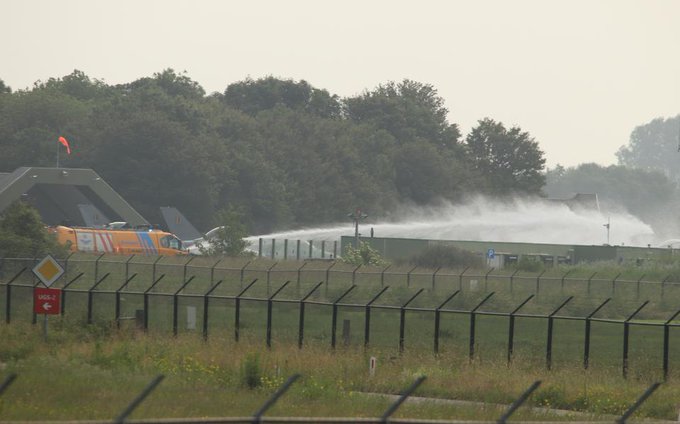 The pilot of an F-16 fighter plane in the Netherlands was injured after ejecting himself from an aircraft on Thursday morning at Leeuwarden Air Base, prompting speculation as to what happened.

Photographers captured the pilot’s falling parachute in pictures that showed a large plume of smoke in the background, though the aircraft reportedly did not catch fire.

The Netherlands Air Force confirmed the incident in a statement, revealing that the F-16 had “crashed into an opposite building” during start-up and that “two people were injured as a result,” including the pilot.

“The pilot managed to get himself to safety. There was no fire and no explosion,” explained the Air Force, adding that the cause of the incident remained unclear and being investigated.

This isn’t the first time a Dutch F-16 has been involved in an accident. In April 2019, a Netherlands Air Force F-16 pilot was forced to perform an emergency landing at the same Leeuwarden Air Base after his aircraft managed to somehow shoot itself when the pilot fired its 20mm rotary cannon.