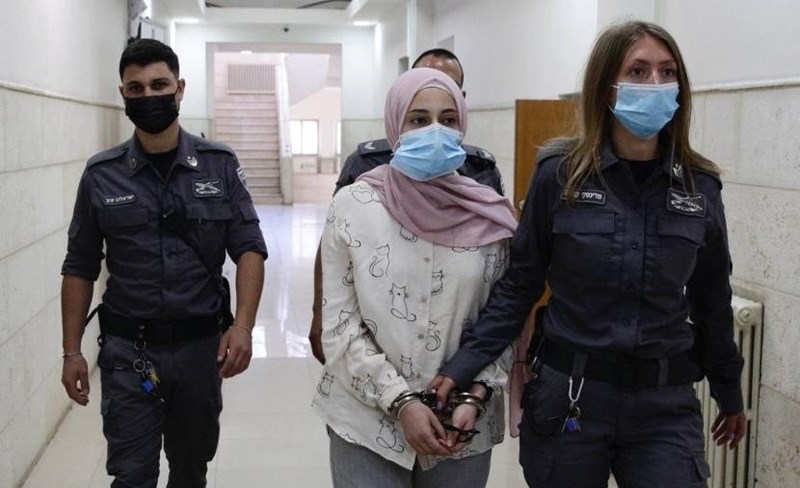 Israeli Court sentenced Palestinian womam Yasmin Jaber for 30 months, after being accused to communicate with Hezbollah.

Being accused to have connections with the Lebanese resistance movement Hezbollah, the Israeli court sentenced Palestinian Yasmin Jaber to 30 months in prison.

According to the Israeli court “Jaber’s mission was to recruit additional activists in “Israel”, who will work under her command”.

Yasmin Jaber was arrested last August from her home in Al-Quds (Occupied Jerusalem) and was subjected to prolonged investigation by “Shin Bet” officers and other security units. She is currently imprisoned in “Damon” detention center.