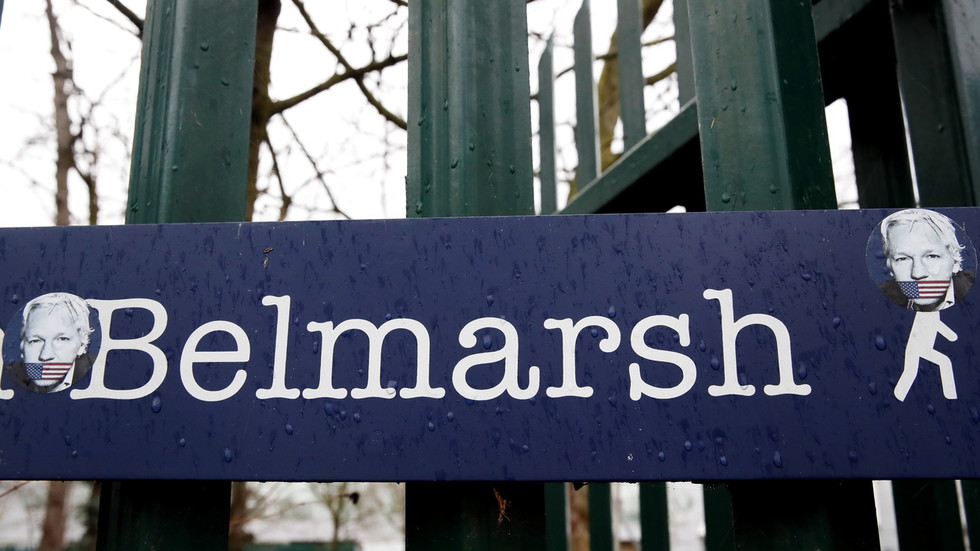 A doctor who has joined other medical professionals in calling for Julian Assange’s release from prison told RT that the WikiLeaks co-founder’s arbitrary and cruel detention continues to put him at risk of suicide.

The same concerns about Assange’s mental health that led to the High Court in London blocking his extradition to the US in January are still relevant, perhaps even more so, today, Dr. William Hogan, a specialist in internal medicine and professor of biomedical informatics at the University of Florida’s College of Medicine, said.

Hogan was among more than 200 medical experts who signed an open letter published last month in the respected medical journal The Lancet, which demanded an end to the “torture and medical neglect” faced by the Australian journalist as he languishes in London’s maximum-security Belmarsh Prison.

Speaking to RT, the American doctor and academic cited expert testimony suggesting that Assange suffers from “severe signs of mental illness and mental stress,” including auditory hallucinations that are “persecutory” in nature. Securing Assange’s release would be the first step in trying to mend the extensive psychological damage, Hogan explained. While stressing that he was not a psychologist, the doctor said Assange would require “intensive treatment” and that some aspects of the trauma would likely be “permanent.”

The problem is potentially life-threatening, Hogan claimed, pointing to Belmarsh’s high suicide rate and noting that an inmate had recently taken his own life after just two days in the prison. Assange has endured some eight months without visitors due to Covid restrictions, and was only recently able to see his fiancée.

With every passing day, with no resolution in the ongoing arbitrariness of the legal proceedings … the longer this goes on, the more likely it is [that Assange could commit suicide]

Hogan condemned the British authorities for treating the Australian “like a terrorist,” and pointed to the fact that Assange remains in prison even though he has not been convicted of a crime in the UK.

The doctor predicted that, should Assange eventually be released, Washington would be “vindictive and arbitrary enough” to drum up new charges in an attempt to restart the extradition process. Although his extradition has been blocked, the United States has been permitted to challenge the UK court ruling.

The WikiLeaks co-founder has already spent more than two years behind bars at Belmarsh. The US Justice Department has charged the Australian journalist under the Espionage Act, accusing him of having leaked classified information in 2010 detailing alleged war crimes carried out by the US military in the Middle East. If found guilty, Assange could spend the rest of his life in prison.