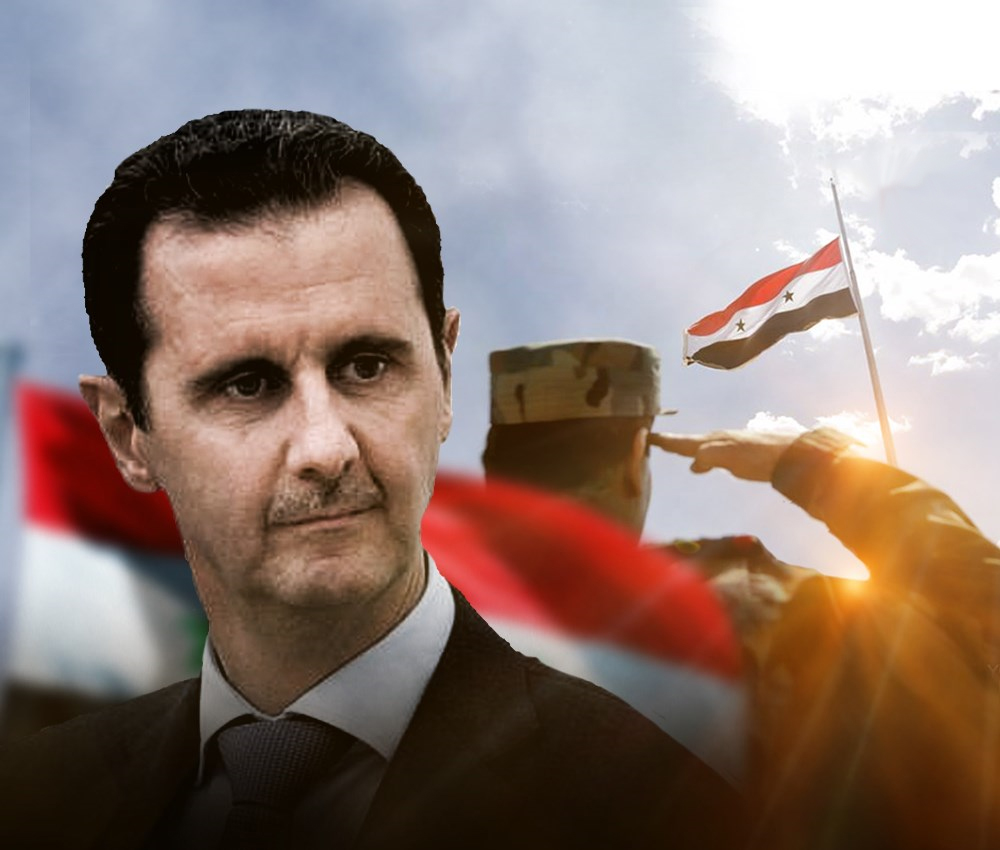 On Saturday, July 17, Bashar al-Assad will begin his new term as Syria’s President, setting his policies for 2021-2028.

On May 27, the Syrian government’s official Twitter account posted: “The Syrians had their say. Bashar al-Assad wins the presidential elections of the Syrian Arab Republic after obtaining 95.1% of the votes at home and abroad.”

The victory achieved in the latest elections has further emboldened al-Assad, the President who managed not only to defeat a global conspiracy against his country but also to bring Syria back to life, against all odds and despite one of the world’s most brutal decade-old wars.

Al-Assad’s First Term: The Survival of the Fittest

During the period between 2014-2021, the conspiracy plan against Syria rapidly escalated. Hundreds of foreign fighters and armed groups sprung up, and it did not take long before the conflict turned into more than just a battle between the Syrian army and terrorist groups. Certain foreign powers took the anti-government side, supporting it with money, weaponry, and armed groups, and as the wreaked chaos worsened, the grip of western-backed extremist organizations, such as “ISIS” and “al-Qaeda”, tightened.

Meanwhile, Bashar al-Assad didn’t flee his country. On the contrary, he got off to a fresh strong start. By most measures, he stood with his country, despite gloomy clouds and rumbling storms. His overall strategy booted terrorist groups out of major Syrian cities. On the personal level, al-Assad always scores high for his attributes, as most Syrians like the way he conducts himself as president.

At its height, as terrorist groups held about a third of Syria; al-Assad, the Syrian army, and Syria’s allies redefined victory in a thundering War on Terror. The so-called “US-led global coalition” carried out airstrikes and deployed “Special Forces” in Syria, providing financial and logistical support for the terrorist groups since 2014.

Syria’s key supporters have been Russia and Iran, while Western powers and several Gulf Arab states have backed terrorist groups in varying degrees over the past decade.

By December 2017, terrorist groups started to suffer key losses in Aleppo, Raqqa, and other strongholds. In 2018, the focus of the campaign against the terrorists shifted to eastern Syria. In 2019, they lost their last bastion in eastern Syria, in Baghouz village, after which Syria declared victory over terrorism.

Today, the country is almost clean from armed groups except for the presence of dormant cells along the border with Iraq and in Idlib (a city in northwestern Syria).

US Sanctions:  A Trifling Opening Shot

US support for terrorist groups in Syria was a shot in the dark, and as it failed to win the military war on Syria, they initiated a new type of war represented by Caesar sanctions.

In mid-June 2020, the US government announced the implementation of the “Caesar Act” with a flurry of sanctions. Yet a closer look at the 15 sanctions by the US Department of State and the 24 sanctions by the Department of Treasury reveals a brutal plan to destroy Syria’s economy and inflict utmost suffering on its people.

A Desperate Plan within a Failed One

Apropos the US military and economic war on Syria, there is much more yet to come. Syria and its allies have succeeded in defeating the flurry of sanctions aimed at stopping the al-Assad government from reconstructing Syria. They also buried a US plan to change the demography of Syrian and divide the country.

The main question remains: How will the future of Syria unfold? At the dawn of al-Assad’s new term, Syria continues to stand strong and united. Furthermore, the Syrians have high hopes that their President will take effective actions in the course of boosting the economy and achieving overall prosperity, despite the US sanctions.

Besides, al-Assad exerted strained efforts to reconstruct his country, focusing on projects with the highest likelihood of significant economic returns and benefits to quality of life. In other words, al-Assad, side by side with his people, is conveying a clear message to the world which declares the end of the global war on Syria; al-Assad will remain in power, treading the path of Syria out of all the challenges and crises. Syria’s allies also plan to be on hand as al-Assad rebuilds Syria to help it rise from the ashes, by handling the security and economic threats imposed on Syria.

The Second Term: Defying the Odds

To put things into perspective, the last election witnessed al-Assad securing almost 95.1% of the votes, so this cannot but be seen as a sign of strength for Syria and al-Assad himself, as well as his electoral campaign.

Today, the elections had taken place, and Syria has come out victorious, with an insistence on maintaining its vital role, considering that al-Assad plans to finance the infrastructure that the terrorist groups have been targeting and bombing for the past 10 years.

The Syrian President will also tackle the US sanctions on Syria, aiming to accelerate economic growth, strengthen society, and encourage youth empowerment.