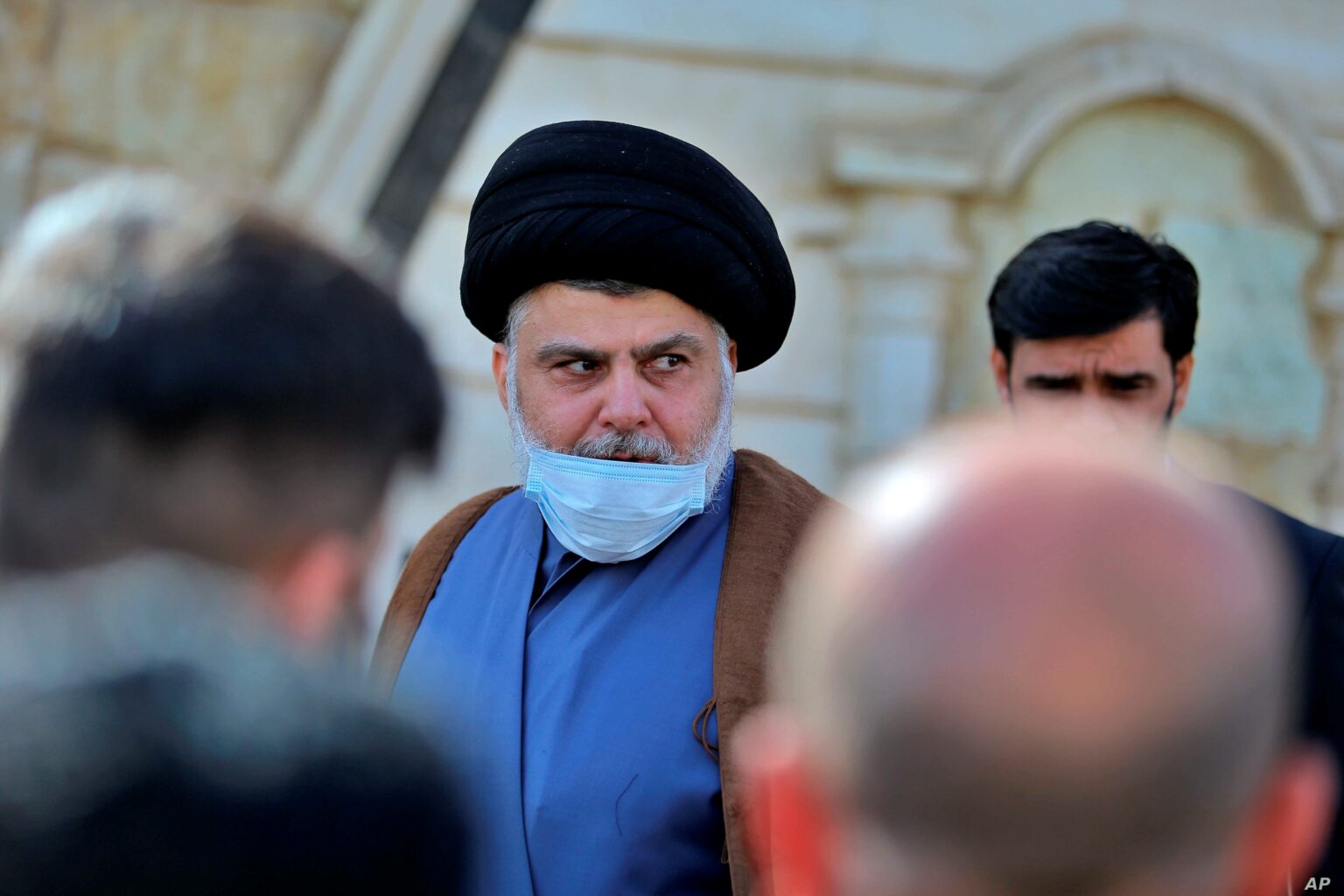 The leader of the Sadrist Movement in Iraq, Muqtada al-Sadr, announces that he will be boycotting the upcoming October 10 elections.

“In order to preserve what is left of the homeland that was burned and is still being burnt by the corrupt, and to save it, we inform you that I will not be participating in these elections, for the homeland is more important than all of that,” al-Sadr said in a speech on Thursday.

He added, “I announce that I withdraw from all the parties of the current and subsequent government, and if they claim that they are affiliated with us, the al-Sadr family, then everyone is either remiss or boasts about corruption, and everyone is liable.”

As a result, the First Deputy Speaker of Parliament, Hassan Karim Al Kaabi, announced his withdrawal from running for the upcoming parliamentary elections “in obedience to what was stated in al-Sadr’s speech.”

The Council of Representatives of Iraq elections will be held on October 10, and the Independent High Electoral Commission announced that it determined the final number of polling stations that will be used during the elections.

The commission said that it will take appropriate legal measures against everyone who works to undermine the citizens’ trust in it.

Following the Dhi Qar hospital fire that killed over 50 citizens, many Iraqis accused the politicians of the government of negligence and corruption, blaming them for the incident.

Democrats projected to keep control of US Senate