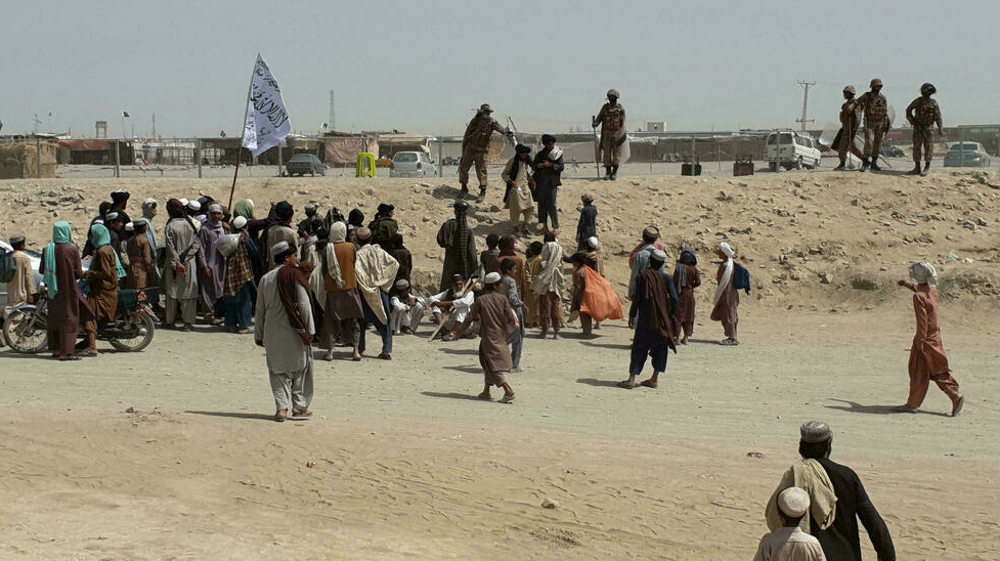 Iran says it supports Afghan peace talks aimed at ending the violence in Afghanistan, amid an unprecedented spike in violence in the eastern neighboring country.

“Iran supports an end to the violence in Afghanistan and a solution to the crisis through dialogue,” Seyyed Rasoul Mousavi, head of the West Asia Department at Iran’s Foreign Ministry, said.

Mousavi made the remarks during a Kabul meeting with Abdullah Abdullah, head of Kabul’s High Council for National Reconciliation.

“The Iranian people and government want an end to the long war in Afghanistan,” he reiterated.

Abdullah, for his part, thanked Iran’s support for the peace process in Afghanistan and underscored the importance of cooperation between regional countries to establish peace and stability in Afghanistan.

War is not the solution and no side can benefit from the continuation of the clashes, he said.

He also stressed the necessity of a peaceful solution to end the disputes, adding that the Afghan government will not allow anyone to impose its will on the country.

In recent months, Iran has repeatedly voiced its support for measures aimed at establishing peace in Afghanistan.

Last week, Tehran hosted a new round of intra-Afghan talks between the country’s government and the Taliban in the hope of a better future for Afghanistan.

During an address at the beginning of the talks, Iran’s Foreign Minister Mohammad Javad Zarif pointed to the United States’ defeat in Afghanistan, saying the American forces’ more than two decades of presence on the Afghan soil has led to widespread destruction in the country.

“Today, the people and political leaders of Afghanistan must make difficult decisions for the future of their country,” he said.

‘US made Afghanistan reliant on others’

Iran’s former head consul in Herat, Afghanistan, said Friday the US has prevented the formation of a strong government and a professional and national army in Afghanistan.

“If Afghanistan’s Army is not capable of fighting instability as it should, it is due to the policies of the US, which has made Afghanistan’s defense and military power dependent on itself,” Hassan Kazemi Qomi said in an interview with IRNA.

He noted that the legacy that the American forces left behind is a crisis of political, economic and security dimensions in Afghanistan, making the Afghan government, army and police dependent on foreign forces.

Kazemi Qomi also said the US withdrawal of its forces from Afghanistan is based on several reasons, including its failures in Afghanistan, Iraq, Syria, Yemen and Palestine, which inflicted heavy costs and losses on the Americans.

“By implementing the New Middle East plot, the US was seeking to secure the domination of the Zionist regime over the region and to confront the Axis of Resistance and the Islamic Republic, but it did not succeed,” he noted.

The former diplomat said another reason behind the withdrawal is that the US wants to reduce its vulnerabilities in the region and also focus on dealing with its domestic economic and social crises.

The remarks came two weeks after US-led coalition forces vacated the largest military base in Afghanistan, located in the ancient city of Bagram, about 45 miles north of Kabul.

The US began its official troop withdrawal back in May. Since then, the Taliban have intensified attacks across the country and managed to gain control over many of Afghanistan’s district centers.

The US military led the invasion of Afghanistan in 2001 in what it proclaimed was a war on terror and meant to eradicate the Taliban. Twenty years forward, however, the proclaimed objective has not been even remotely achieved.

On Friday, clashes continued between Afghan forces and the Taliban fighters in Spin Boldak, with the Afghan forces pushing to retake the key border crossing with Pakistan.

Dozens of injured Taliban fighters were reportedly being treated at a Pakistan hospital near the border after fierce overnight fighting.

“We have suffered one death and dozens of our fighters have got injured,” Mullah Muhammad Hassan, a Taliban fighter, told AFP near Chaman in Pakistan, about five kilometers (three miles) from the border.

Residents of Spin Boldak, which fell to the Taliban on Wednesday, said the militants and the Afghan army were fighting in the main bazaar of the border town.

An Afghan official said on Thursday that a local ceasefire with the Taliban leaders had been negotiated for Qala-i-Naw, the Badghis provincial capital that saw fierce street fighting last week.