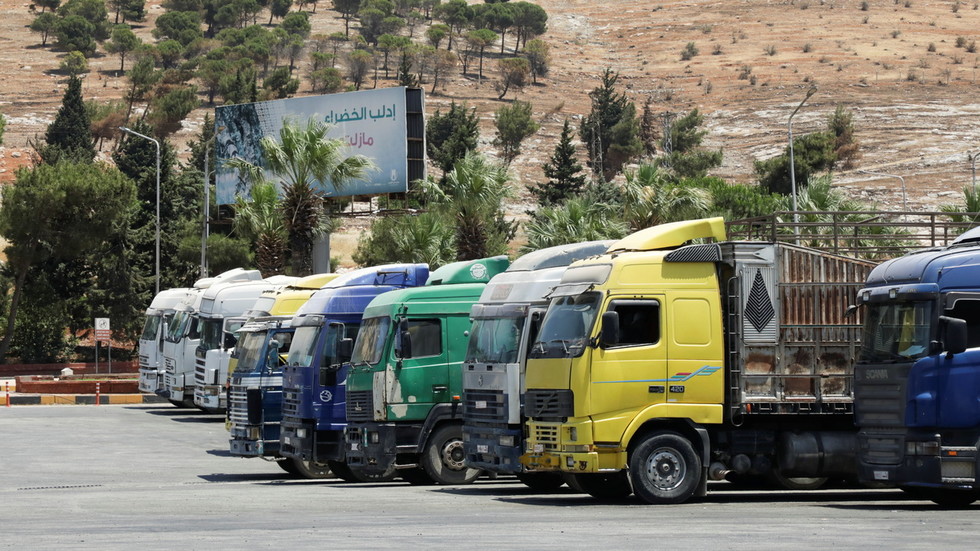 is a former US Marine Corps intelligence officer and author of ‘SCORPION KING: America’s Suicidal Embrace of Nuclear Weapons from FDR to Trump.’ He served in the Soviet Union as an inspector implementing the INF Treaty, in General Schwarzkopf’s staff during the Gulf War, and from 1991-1998 as a UN weapons inspector. Follow him on Twitter @RealScottRitter

The Russian vote at the UN Security Council in favor of extending a humanitarian air corridor into Syria has been touted by the US government as a victory of American diplomacy. Moscow might have other ideas.

In a rare display of diplomatic cooperation, the US and Russia agreed last week on a one-year extension of the UN Security Council authorization for humanitarian aid supplies to reach northern Syria through the Bab al-Hawa crossing on the border with Turkey.

The Biden administration had made the extension of this authorization its highest priority when it came to US-Syrian policy. For its part, Russia had long been hesitant to allow such an extension, insisting it should be replaced by cross-line humanitarian deliveries.

It’s been alleged that the Bab al-Hawa crossing point was being used to resupply Islamic militant groups opposed to the Syrian government of President Bashar Assad that are operating inside Idlib province, which borders Turkey.

Russia’s vote in favor of the extension for up to 12 months took many observers by surprise, given Moscow’s past objections.

The US media called it a victory for the Biden administration, underscoring the importance of the June summit meeting between the US president and his Russian counterpart, Vladimir Putin, in Geneva, Switzerland. The US made Syria, and in particular the issue of continued access by humanitarian organizations to refugee camps located in Idlib, a high priority at that meeting. The fact that Moscow and Washington have reached a compromise on the operation of the Bab al-Hawa crossing, from the perspective of Russia, was a clear sign regarding the efficacy of the Geneva process.

“We hope that it might be a turning point that is indeed in line with what Putin and Biden discussed in Geneva,” Russia’s UN Ambassador Vassily Nebenzia told reporters after the vote.

The situation, however, is far more complicated than the zero-sum diplomatic game being promoted in the US mainstream media. Idlib isn’t just a repository of internal refugees from the decade-long civil conflict that has wracked Syria since 2011 – it is the final redoubt of foreign-backed Islamic militants who have been waging a bloody fight against the Russian-backed Syrian government. The Islamic militant groups, many of which are allied with Al-Qaeda, once controlled much of the Syrian countryside and were operating in the suburbs of the Syrian capital of Damascus.

The decision by the Russian government to intervene militarily on the side of Assad in September 2015 helped turn the tide against the Islamic militant forces. Over the course of the next three years, the Syrian army, backed on the ground by Hezbollah and pro-Iranian militias, and in the air by the Russian Air Force, was able to recapture all of the militant-held territory save for the last remaining bastion in Idlib.

The situation inside Idlib is complex, with the various factions among the Islamic militants fighting among themselves to establish primacy. Many of these groups, including Al-Qaeda affiliate Hayat Tahrir al-Sham (HTS), are reportedly reliant upon foreign support for their survival and have been linked to both Turkey and the US in terms of serving as an anti-Assad proxy force. Recent claims by the exiled Turkish mafia leader Sedat Peker regarding the alleged shipment of “billions of dollars” worth of military equipment disguised as humanitarian aid to HTS and other anti-Assad groups operating inside Idlib only reinforced the concerns of the opponents to keeping the Bab al-Hawa crossing open.

There is a real humanitarian crisis ongoing inside Idlib, where millions of Syrian citizens remain housed in refugee camps that are little more than tent cities erected in open fields. The refugees are totally dependent upon international aid groups for the essentials of life, including food, water, shelter and medicine. With the restoration of central government control over much of Syria, however, and the willingness on the part of the Syrian government to resettle these refugees back in their original homes without any threat of retribution or retaliation, there is a growing sentiment among the Russian and Syrian government that the refugees have become little more than political pawns used by Syria’s many enemies, including Turkey and the US, to create the perception of a despotic regime while fostering continued instability inside Idlib that serves as an engine to motivate and recruit new anti-Assad fighters.

This reality served as the core argument underpinning the Russian objection to keeping the Bab al-Hawa crossing open. There is another reality, however, which also guided the Russian decision, namely the lack of a viable military solution to the problem of Idlib. Russia and the Syrian government are committed to a course of action that has the Syrian government asserting control over the totality of Syrian sovereign territory – including Idlib.

While Russia and Syria continue to conduct airstrikes against Islamic militant positions inside Idlib, and the Syrian army and its allies likewise exert pressure on Islamic militant forces on the ground, the feeling in both Moscow and Damascus is that the problem of Idlib cannot be resolved through force of arms unless one is willing to unleash a bloodbath that would cause more problems than it would solve.

The key to a solution in Idlib is for both Turkey and the US to recognize the futility of continuing to use it as a base of anti-Assad activity, and to finally give up on their dreams of regime change in Damascus. Such a policy change, however, will not happen overnight and will require considerable diplomatic cooperation on the part of all parties involved – including Russia. The Russian agreement to keep the Bab al-Hawa crossing open for another year, when seen in this light, represents the opening round of a lengthy diplomatic battle over the future of Idlib, Syria and the Middle East as a whole.