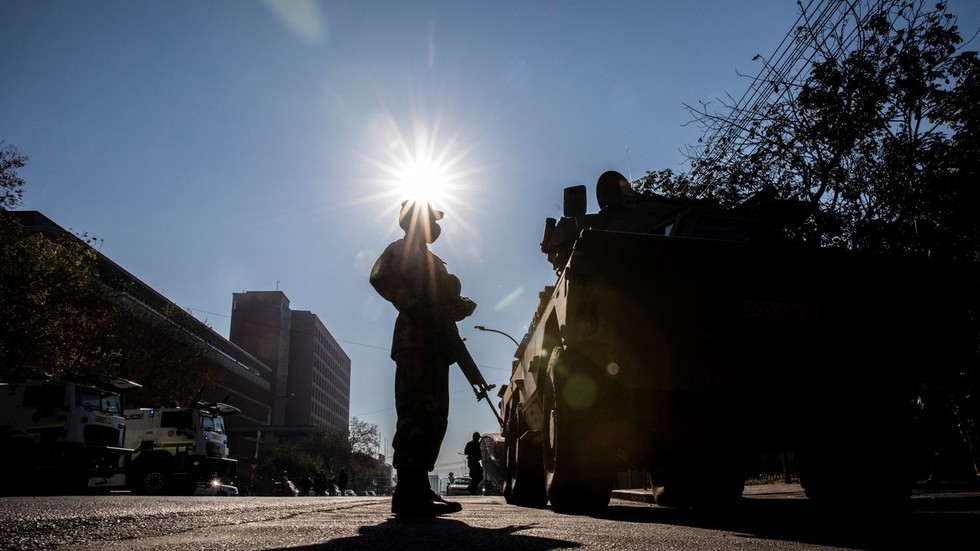 As the corruption trial of former South African leader Jacob Zuma continues, many communities are still reeling from the devastating riots that followed his arrest. More than 200 people have died in the unrest.

The corruption trial resumed in Pietermaritzburg on Monday. The charges against the former president stem from the 1999 purchase of fighter jets, patrol boats, and military gear from five European companies when he was deputy president.

Zuma, 79, who ruled the country from 2009 to 2018, denies the allegations against him and says that the prosecution is politically motivated.

The veteran politician turned himself over to police on July 7 after being sentenced to 15 months in prison for failing to appear for a corruption probe. Zuma’s arrest sparked protests by his supporters, which led to a wave of unrest that left more than 200 dead and countless businesses burned and looted.

The military was deployed to support police amid what was described as the worst violence the country has seen since the apartheid regime fell in the early 1990s. On Friday, President Cyril Ramaphosa condemned those who used “political grievance… to provoke a popular insurrection.”

On Nelson Mandela Day, celebrated this past Sunday, Ramaphosa vowed to punish the rioters. “They were essentially trying to attack our democracy and to rubbish our constitution,” he said. “We must never allow them, never allow anyone to destroy our democracy.”

While many communities are still reeling from the unrest, locals formed cleaning crews and neighborhood watch groups to deal with its aftermath, RT’s Paul Slier reported.

The white Afrikaner minority in Alberton, a city of 121,500, set up a volunteer patrol after losing faith in police.

“I think the police is understaffed at the moment due to the amount of violence all over the country,” volunteer Louis van Aswegen told RT. “That’s why we’re assisting them by protecting our area.”

While some sweep the dark streets with infrared technology and LED lights, others guard shopping centers by makeshift outposts and block the roads with rocks against possible looters. The aim is to stop the unrest from expanding to the suburbs and people’s homes, locals said.

A volunteer told RT that the whole of South Africa has become united against the rioters. “You got blacks, whites, Indians, colored – all standing together to prevent the same thing from happening in our communities,” he said.