The World Food Program and the United Nations Children’s Fund (UNICEF) warned today, Tuesday, that more than half a million children face the risk of severe malnutrition in southern Madagascar, which is facing a drought, thus affecting the development of children in an unfixable way.

More than 1.14 million people southern Madagascar, live with food insecurity, the agency warning in a statement that the number of severely malnourished children is likely to increase by four times compared to the last assessment in October 2020.

The Ambovombe-Androy region to be considered the most affected region, after more than three-quarters of its population was affected by a catastrophic combination of drought and infections with the Coronavirus, in a situation worsened by the deterioration of the health situation and health facilities in light of the lack of safe water.

“What is happening in southern Madagascar is heartbreaking, we cannot ignore these children whose lives are at stake,” said Moumini Ouedraogo, WFP’s Representative in Madagascar. calling for a “doubled effort” to raise the necessary funds.

Michel Saint-Lot, representative of “UNICEF” in Madagascar, stated the urgency to act in order to prevent a “more dangerous” situation.

In addition, food production has declined significantly since 2019, as reduced rainfall for five consecutive years has wiped out crops and deprived many in the region of access to food.

The situation is expected to worsen with the approach of the dry season. 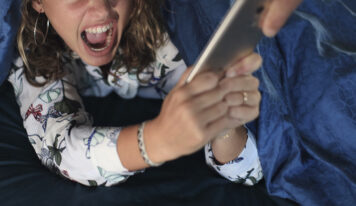