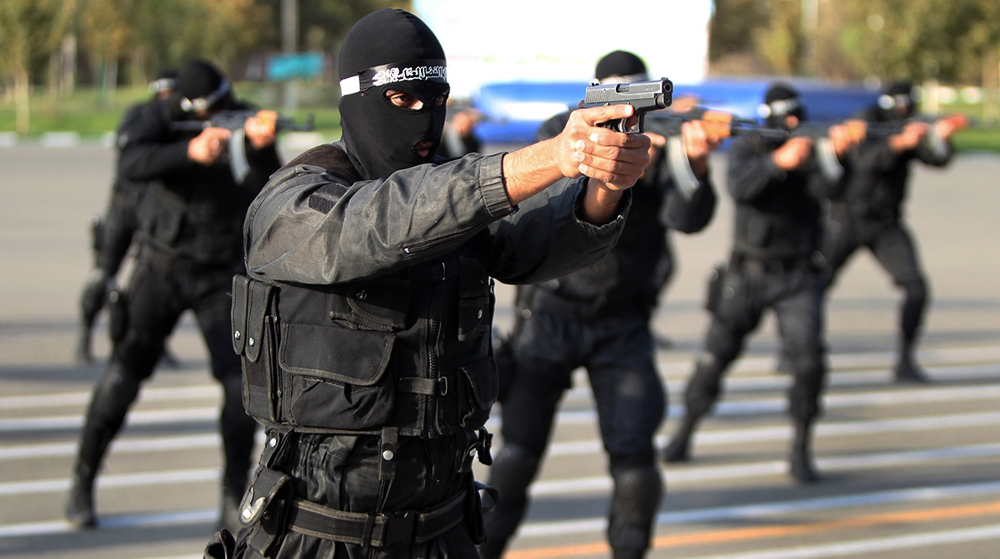 Iran’s Intelligence Ministry has arrested a network of agents with the Israeli Mossad spy agency at the Western borders, confiscating a large cache of weapons and ammunition that they were planning to use to provoke riots and terror inside the country.

The ministry’s director-general for counterintelligence said on Tuesday that the Mossad agents had been arrested upon sneaking into Iran from the Western border posts on the back of an extensive surveillance and intelligence operation.

The intelligence official did not specify the location of the arrests or the number of those taken into custody.

The seized weapons include pistols, grenades, Winchester shotguns, Kalashnikov rifles and bullets, some of which are used to make protests descend into riots, said the official.

The Mossad operatives, the official said, were planning to use the arms to provoke urban riots and carry out assassinations.

“During the presidential election [in June], the Zionist regime had also planned to carry out acts of sabotage in different parts of the country on several occasions,” but to no avail, and the terrorist Mossad network was given a “knockout blow” in the region, according to the official.

The arrests coincide with the recent protests in Iran’s southwestern province of Khuzestan over a water shortage triggered by a drought that is unprecedented in decades. The protesters have urged the administration to address the crisis.

Iranian authorities have stressed the right for the people in Khuzestan Province to hold peaceful protests, deploying additional security forces to the region to ensure the safety of the protesters and prevent any damage to public and private property there.

However, the protests have turned ugly on several occasions, with officials warning against suspicious attempts to fish in troubled waters and provoke violent riots.

On Saturday, Iranian Foreign Ministry spokesman Saeed Khatibzadeh pointed to the death of a policeman during violence in the province, saying the officer’s martyrdom clearly showed elements tied to foreigners had infiltrated the ranks of protesters in an attempt to provoke fake clashes and ignite riots.

Meanwhile, the head of the Department of Justice in the southern province of Fars said on Monday that Iranian security forces had disbanded a Takfiri terrorist group that sought to carry out simultaneous terrorist attacks in several provinces in cooperation with intelligence services of two European and regional countries.

Kazem Mousavi added that 11 members of the Takfiri terrorist group’s main nucleus were identified and arrested in Fars, while 25 others were detained in six eastern and western Iranian provinces in a joint operation by the Intelligence Ministry and security forces.