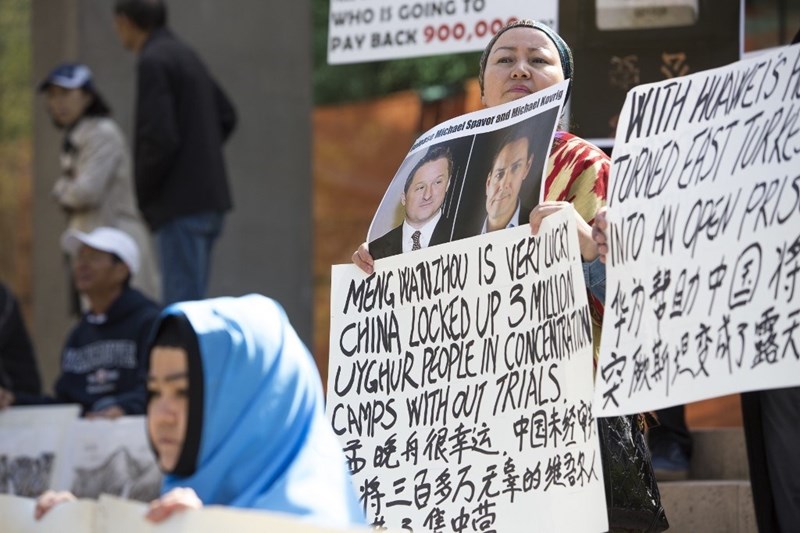 US House lawmakers are forming a bipartisan caucus to hold the Chinese Communist Party accountable for allegations of “human rights violations against Uyghurs in the Xinjiang region”, according to a new report released by Axios.

“While the United States economy relies heavily on trade with China, relations between the two global powers are tense. The Chinese Communist Party’s human rights violations are at the center of many complications”, according to the same report.

Furthermore, the caucus is being led by Democratic Rep. Tom Suozzi of New York and Republican Rep. Chris Smith of New Jersey.

According to a press release delivered by the group, its goal is to “support legislation aimed at addressing the largest coordinated human rights abuse campaign of the twenty-first century.”

On his part, US Democratic Rep. Suozzi said in an interview with Axios that “products made in China with forced labor are less expensive, as a result, people will say, Oh my gosh, if we don’t do business with Xinjiang, the cost of products will rise.”

“Well, that’s too bad; this should shock everyone’s conscience,” he added.

US Republican Rep. Smith said in a statement that “the ongoing genocide and mass internment of Uyghurs and other predominantly-Muslim ethnic minorities like the Kazakhs are egregious crimes perpetrated by the Chinese Communist Party.”

The same report alleges the Chinese Communist Party has imposed severe restrictions on Uyghurs, a Turkic ethnic group, and other majority-Muslim ethnicities in Xinjiang province.

The Chinese government is facing accusations of placing hundreds of thousands of Uyghurs into extrajudicial mass detention camps.

According to The New York Times, activists who have denounced the Chinese Communist Party’s repression of Uyghurs have found their relatives incarcerated or even killed.

According to Axios China reporter Bethany Allen-Ebrahimian, the Chinese government claims its measures in Xinjiang are intended to counter terrorism and extremism, but academics and human rights groups say what is occuring is cultural genocide on a scale not seen since World War II.

Furthermore, the Congressional-Executive Commission on China is advocating for the passage of the Uyghur Human Rights Policy Act and the Uyghur Forced Labor Prevention Act. The former would compel government agencies to report human rights violations. The latter would create a “rebuttable presumption” that goods produced in the region were made with forced labor and, as a result, are prohibited from entering the United States unless there is evidence of the contrary.