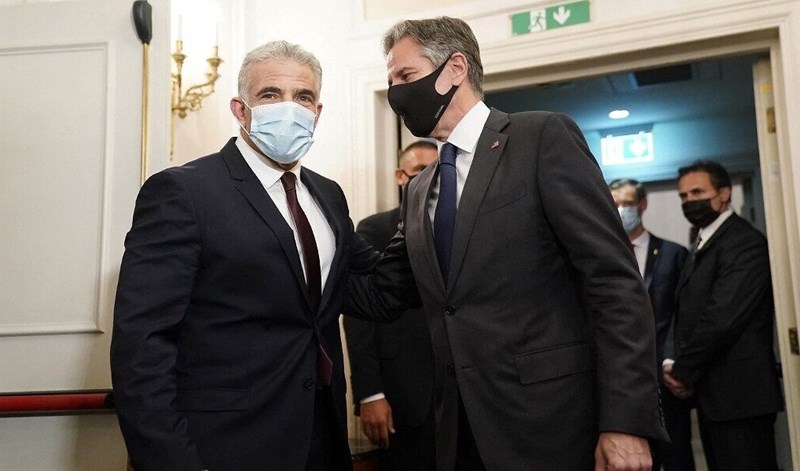 The Israeli Occupation’s Foreign Minister and the US Secretary of State agreed to “work with the United Kingdom, Romania, and other international partners to investigate the facts, provide support, and consider the appropriate next steps,” according to a statement by US State Department Spokesperson Ned Price.

Lapid called for an international response “in the face of Iranian terrorism, which also harms freedom of navigation.”

London-based Zodiac Maritime, a company owned by Israeli billionaire Eyal Ofer announced last Friday that two foreign nationals were killed in the incident, one Romanian, and the other British.

According to reports, the ship was attacked in the Arab sea last Thursday, 300km southeast of the Omani capital of Muscat.

Israeli journalist Amir Bohbot wrote on “walla“: “The connection of all the mysterious events and explosions in the naval arena, which have been attributed, according to foreign publications, to Iran and Israel in the past year, point to an ongoing secret campaign that mainly included injuries and damage to vessels.”

“But the attack of the UAVs (unmanned aircraft) on an Israeli-owned Japanese ship last Thursday off the coast of Oman, indicates,” according to Bohbot, “a change in the rules of the game. Not because of the method of attack, but because the attack ended with two dead on board.”

Regarding the attack itself he wrote: “According to initial reports, the Iranians attacked the ship in the morning in broad daylight, without success, then made a second attack that recorded an accurate hit for them. Since the ship’s command bridge was the one that was attacked, it appears that the intent of the attackers was to kill.”

Haaretz Security and Intelligence Analyst Yossi Melman said that this is the 4th ship that is indirectly linked to “Israel” that Iran has targeted, and that the former was the one that started this by sabotaging Iranian ships for two and a half years. “Israel is playing with fire,” he said, as “90% of Israel’s goods” arrive by sea.