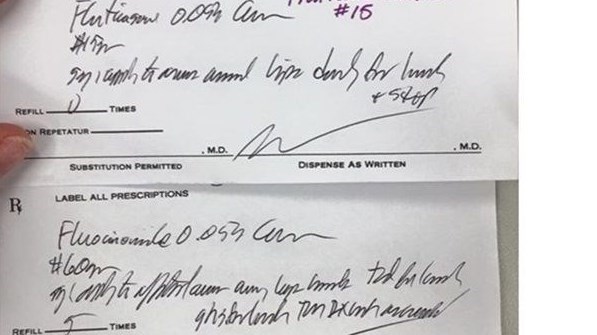 Patients frequently struggle to read doctor’s prescriptions; poorly written reports are as close to coding as possible. They’ve become a source of amusement and laughs over the years, but Moroccan authorities have decided to put an end to this by the power of law.

Moroccan legislators issued a decree related to medical ethics, which requires doctors in Morocco to improve their handwriting when writing prescriptions for patients in order for them to be readable.

The Moroccan government recently ratified an amendment to the medical ethics suggested by the Minister of Health, which requires doctors to write prescriptions that are clear enough for the patient and those aiding him.

The Moroccan government stated that this latest amendment was reached in collaboration with the “National Commission Doctors and Physicians,” noting that the new legal amendment also prohibits doctors from accepting bribes or other benefits from patients.

A doctor cannot use his power to try and convince a patient to sign a document or a contract with unclear terms.