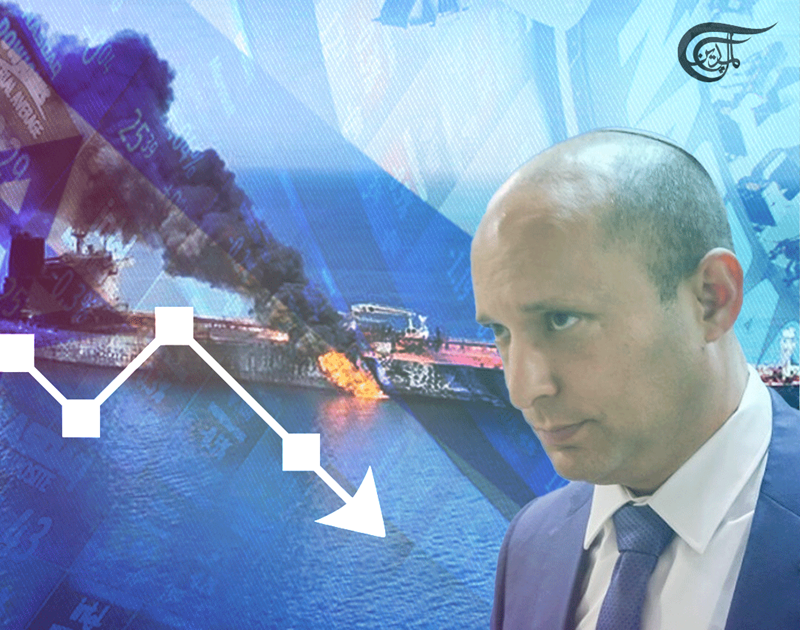 The MV Mercer Street oil tanker was attacked off the coast of Oman, killing two, in what the United States called a drone-style attack. The tanker was heading from Dar es Salaam, Tanzania, to Fujairah, the United Arab Emirates, with no cargo aboard when it was struck, according to Zodiac Maritime.

Zodiac Maritime is part of the Zodiac Group, owned by the Israeli billionaire Eyal Ofer, whose enterprises include shipping, real estate, technology, banking, and investments. Ofer was ranked the world’s 197th richest person by Forbes this year, with a fortune of $11.3 billion. His firms own and run over 160 ships. Zodiac originally called the attack on MV Mercer Street “a suspected piracy incident.” On its part, maritime industry analyst “Dryad Global” said that the attack was similar to previous incidents, adding that “the loss of two personnel represents a significant escalation in events.”

Israeli officials rushed to throw readymade and hasty accusations at Iran. Immediately after the attack, “Israel” allegedly claimed that the attack on the MV Mercer Street tanker “bore the hallmarks of an operation by Iran,” accusing it of deploying combat drones in the past. Iran firmly rejected the Israeli claim that it was behind the tanker attack off the Oman coast.

One thing is certain: “Israel” causes great harm when it’s so quick on the trigger.

While “Israel” seeks an international investigation into the attack and for the United Nations Security Council to convene on the matter, no one else has blamed Iran for the attack on the ship, according to Israeli media reports.

The US, however, which could not leave “Israel” alone in its stance on the attack, later joined in blaming Iran for the drone strike.

US Secretary of State Antony Blinken marked surprising rhetoric from the Biden administration, particularly as the US is desperately seeking to revive a nuclear deal with Iran.

“Upon review of the available information, we are confident that Iran conducted this attack,” Blinken said. “We are working with our partners to consider our next steps and consulting with governments inside the region and beyond on an appropriate response, which will be forthcoming.”

According to Walla news, “Israel” has been disappointed by the initial vague statements put out by the international community and had sought more forceful condemnations that would explicitly blame Iran.

“I’ve instructed the embassies in Washington, London, and the UN to work with their interlocutors in government and the relevant delegations in the UN headquarters in New York,” Lapid said on Twitter.

For his part, Haaretz security analyst Yossi Melman said, “This is the fourth time that an Israeli-linked target has been attacked.”

Melman added that “Israel is playing with fire,” explaining that “90% of Israeli goods pass through sea routes.”

After the attack on an Iranian ship last April, Israeli media had warned of the danger of naval war on “Israel,” and the Israeli Channel 12 considered that “in a naval war with Iran, Israel will be in a weaker position.”

A former Israeli general in the Israeli navy warned against the continuation of the naval war, stressing that it “is not in Israel’s interest.”

In an interview with the newspaper Maariv, former Commander of the Israeli Navy, General Eliezer Marom, stressed the continuation of the naval battlefield, given “Israel’s dependence on maritime foreign trade extending from India to China, which negatively affects the Israeli economy.”

On its part, the Iranian government has denounced Israeli claims that it was behind the attack on the ship off the coast of Oman earlier this week, which killed two people.

Iran’s Foreign Ministry Spokesman Saeed Khatibzadeh said that the recent accusations leveled against Tehran by “Israel” and the US are “childish” and influenced by the Zionist lobby in the United States.

“The illegitimate Zionist entity must stop leveling baseless charges against Iran. This is not the first time that this regime brings up such accusations [against Tehran],” he added.

Khatibzadeh stressed that “this regime is at its lowest point and is experiencing the most difficult days of its life.”

The Iranian Foreign Minister went on to say that it is unfortunate that foreign powers have remained silent in the face of several terrorist attacks on Iranian merchant ships in the Red Sea and international waters, but now they’re attacking Iran with false accusations.

“Iran will never hesitate to defend its security and national interests, and will respond directly to any potential risky actions with full force and firmness”, he concluded.

In a nutshell, “Israel” is exerting strained efforts to halt any “new agreement” on Iran’s nuclear program, which will safeguard regional security and will also secure the vital interests of Iran and the United States.

What will happen in the short term remains obscure. Will “Israel” put a spoke in the wheels, preventing full restoration of the nuclear deal, leading to some further escalation? Or will the nuclear deal be sealed?