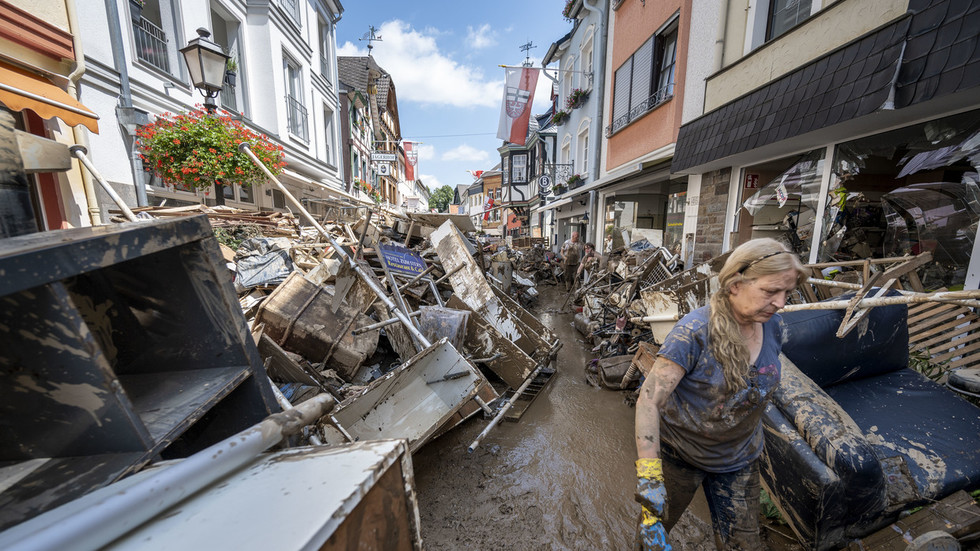 German prosecutors have announced that an investigation into the fatal flooding that struck the region in July is underway, with the leader of the Ahrweiler district in the spotlight under suspicion of “negligent homicide.”

Having considered launching the probe, prosecutors in Koblenz confirmed on Friday that there were sufficient grounds to confirm “the initial suspicion of negligent homicide and negligent harm,” and the investigation process has commenced.

Almost 200 lives were claimed in the fatal floods that rocked Western Germany in mid-July. Rhineland-Palatinate, partially situated in the Ahr Valley, was one of the worst hit areas, recording at least 141 fatalities. Several people are still missing weeks later.

Ahrweiler’s district chief, Jurgen Pfohler, is at the forefront of the inquiry as the region’s main “decision-making authority,” with another member of the crisis response team also being probed.

The prosecutors attest that citizens in the area did not receive adequate warning of the natural disaster, nor did authorities take residents to safety during the flooding. According to the investigators, these failures to act on July 14 likely contributed to the high death toll in the region.

Pfohler, a politician in German Chancellor Angela Merkel’s ruling party, the Christian Democratic Union (CDU), has fervently denied all criticisms, slamming them as “out of place” and “tasteless.” On Monday, the district chief said, “At the moment, nobody in the federal government, in the state or in the district can seriously answer questions about responsibility.”

Merkel visited affected areas in the region days after the catastrophe and extended her sympathies to those suffering due to the flooding. The chancellor also stated more climate-oriented policies were needed, now that Germans had visualized “with what force nature can act.”

Neighboring Belgium and the Netherlands were also struck by the freak floods. In Belgium’s Wallonia, 31 people lost their lives and 11,000 families were left without power, while some 20 villages had no access to drinking water. In the southern region of Limburg in the Netherlands, several houses were damaged.