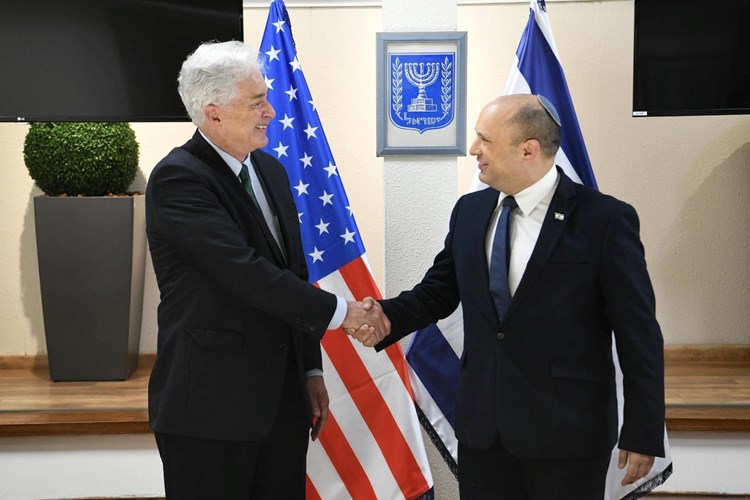 Israeli media quoted top Israeli officials well-aware of the meeting proceedings between Prime Minister Naftali Bennett and CIA Director William Burns as saying that Bennett stressed the need to work out a common strategy in the event Iran refuses to re-enter the 2015 nuclear deal. Officials listed the meeting between Burns and Bennett as part of the preparations for the latter’s meeting with US President Joe Biden, which will be held this month in August in Washington.

An Israeli official said, “It was important for the Prime Minister to clarify that when we say that we think it is a mistake to revert to the 2015 nuclear deal, it is not an automatic continuation of the Netanyahu government’s policy and that we have a different approach.”

The Israeli media reported that officials are growing increasingly pessimistic about the prospects of Tehran returning to the deal.

According to the Israeli media, “Israeli officials claim that if Iran does not return to the nuclear agreement, there will be a dire need for an urgent dialogue with Washington on formulating a policy regarding Iranian uranium enrichment and on Iran’s efforts to accelerate developing a nuclear warhead for missiles…”

Yesterday, Israeli Foreign Minister Yair Lapid declared that while he is not a major supporter of the 2015 Iran deal, he doesn’t see a better alternative.

Lapid added that “Israel” continued close consultations with the US and the EU over Iran nuclear talks, according to Israeli media.

A few days ago, White House Spokeswoman Jen Psaki said on the nuclear deal negotiations with Iran, “It is our interest to continue to pursue a diplomatic path forward, but the timeline is not endless.”

She added, “Right now, we are open to returning to a seventh round of nuclear negotiations in Vienna.”

This came after the United States urged Iran to quickly return to the negotiating table in order to revive the nuclear agreement after Iranian President Ebrahim Raisi affirmed his support for any diplomatic path that leads to the lifting of sanctions imposed on his country.