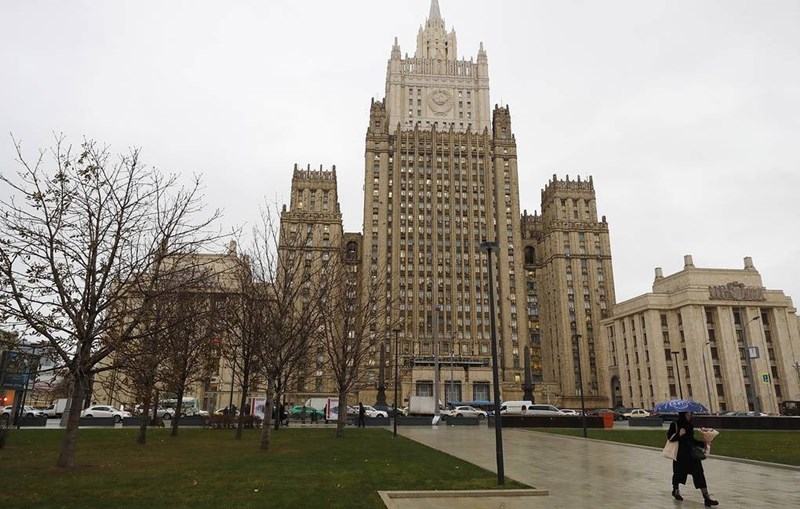 The Russian Foreign Ministry confirmed Monday that Russia is satisfied with the peaceful transition of power in Afghanistan.

Russia, through a Foreign Ministry statement, expressed its hope that future Afghan authorities would respect basic human rights. The statement indicated that it will make all efforts possible to help in terms of a settlement in Afghanistan.

Regarding removing the Taliban from the list of designated terrorist groups, Russia said they must first verify that the new authorities are acting civilly, noting that the chaos at Kabul airport was caused by the Americans during their evacuation.

Vladimir Jabbarov, the Russian First Deputy Chairman of the Federation Council Committee on International Affairs, saw that Russia would have to side with Tajikistan, Kyrgyzstan, and Uzbekistan if its relations with Afghanistan become complicated due to the advent of the new government.

“Tajikistan, Kyrgyzstan, and Uzbekistan are our allies, and in case of any complications, we will have to protect our allies,” added Jabbarov.

Additionally, Jabbarov said if the Taliban acted in a ‘normal’ manner and cooperated with its neighbors and the world, Russia would reestablish its ties with the Taliban and work with the movement, noting that Russia’s biggest concern is peace in the country.

The Russian Ambassador to Afghanistan said the Taliban made promises to Russia that it would build a civilized Afghanistan, free from terrorism and drugs.

The Russian Ministry of Foreign Affairs announced earlier today that Moscow would not hasten to recognize the Taliban as an official authority in Afghanistan, asserting that the Taliban’s recognition by Russia depends on the movement’s behavior.