Home Politics The road from Kabul to Idlib 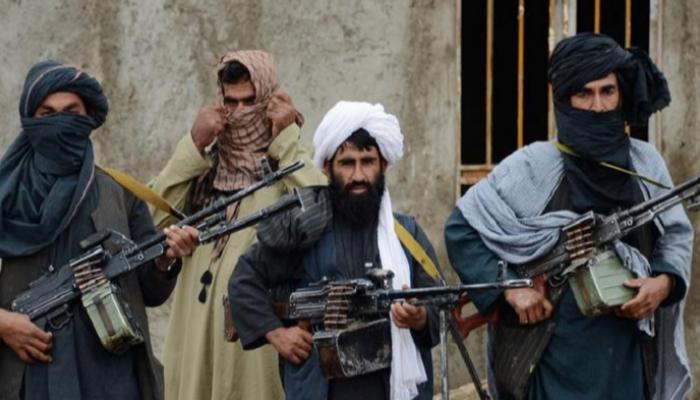 Afghanistan, Syria, Iraq, Libya, and Vietnam are all examples of American attack, destruction and occupation.  In each case, the countries were left in devastation, and only Vietnam has survived to rebuild and be restored.

The Taliban have won the war, and the US has lost.  Arm-chair quarterbacks are blaming everyone, including the American people for not wanting to continue an endless war.  President George W. Bush made the decision to invade, with a two-pronged mission: to degrade the capability of Al Qaeda, and to bring western style democracy to a central eastern nation with no experience with democracy, or western values.

The Taliban have said they will form a government based on Islam, but with some democratic aspects, like inclusion of non-Taliban members.  Time will tell if their promises are fulfilled.  The US is a close ally with Saudi Arabia, who has an Islamic government, and absolutely no democratic aspects.

Qatar continues to be a major sponsor of the Taliban, and the oil-rich Persian Gulf monarchy is one of the main defenders of the Muslim Brotherhood, along with Turkey.  The US-NATO attack on Syria, beginning in 2011, was supported by Qatar, Turkey and Saudi Arabia, and utilized the Muslim Brotherhood militia “Free Syrian Army”, which was finally cut off of US support by Trump in 2017.

Al Qaeda continues to be present in Afghanistan, and they are located all over the world in pockets.  The province of Idlib in Syria is occupied by Al Qaeda, and the US had formerly supported the group until Jibhat al-Nusra was designated a terrorist group.  International aid agencies, including the UN, are keeping the terrorists, their families, and several million civilian hostages fed while a stalemate is enduring because Turkey has taken the side of Al Qaeda in Idlib, and has kept them weaponized. When the Taliban entered Kabul, the terrorists in Idlib rejoiced and passed around sweets, symbolizing their celebration of their brothers-in-arms victory.

Former President Trump had ordered the US withdrawal from Syria, but the military stood in his way, and he bended to their pressure. Trump had campaigned on bringing the troops home, and ending the endless wars.  The military insisted that the US must stand by their local ally in the fight against ISIS, the Kurds.  While the SDF did fight against ISIS alongside the US, they also have consolidated their occupied territory through blood-thirsty ethnic cleansing.  The Kurds have laid claim to a large swath of north eastern Syria, even though they were never the majority of the population there, as were the Syrian Arabs and Syrian Christians.

President Ashraf Ghani ran away, reportedly with bags stuffed with money, so much so he had to leave some behind because the helicopter wouldn’t hold it all.  Experts had been warning for years about the systemic corruption on the Afghan government, which stemmed from ill-supervised US reconstruction money.  The Special Inspector General for Afghanistan Reconstruction (SIGAR) has been producing reports showing total failure of every goal they set.  The New York Times wrote in 2018 that the US government were lying to the American public about Afghanistan.  When the Taliban got near Kabul, the soldiers and officials fled without firing a shot.

Bush, Obama, and Trump all made the same mistakes: to keep a winless war going.  But, to Trump’s credit, he negotiated with the Taliban, and signed a withdrawal agreement which provided the timeline for Biden to follow, though Biden did delay it.  Washington should have worked harder, and faster to process legitimate claims to be rescued from Afghanistan.  The desperate scenes at the Kabul airport could have been avoided in part if Washington had done their job efficiently.

Lessons need to be learned, and not repeated.  Will the US taxpayer’s dollars be spent in the future on another military adventure?  General Dwight D. Eisenhower cautioned us many years ago about the military complex.  Are we capable of preventing the US government from taking us down the same rabbit hole again?