Home Politics Leaks That Prophesized the US Failure in Afghan War 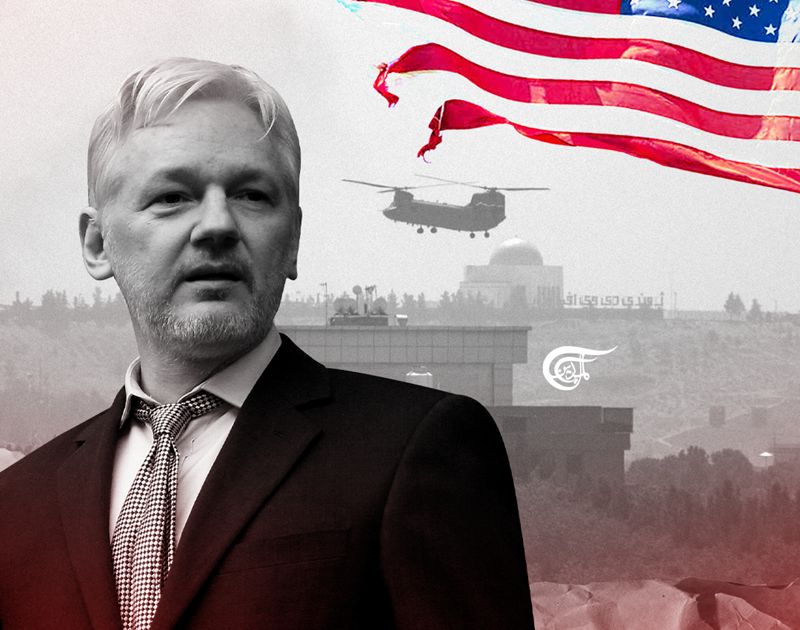 In the wake of the US Strategy failure in Afghanistan, many are asking questions that will be repeated by future generations: if “the US did not go to Afghanistan to nation build,” what did they go for? What’s the reason behind the unjust war on Afghanistan? Why did the US kill more than 48,000 Afghan civilians? Where is Afghanistan heading after the US hasty withdrawal? All the answers lie in Assange’s “Afghan War Diary” that gave a definitive verdict, 11 years ago.

The current resounding failure of US strategy in Afghanistan is not a bolt from the blue. Eleven years ago, a huge cache of secret US military files revealed all the death which haunted Afghanistan, from all sides, and in all forms.

WikiLeaks founder Julian Assange unmasked the truth through a set of documents called the Afghan War Diary; an extraordinary compendium of over 91,000 reports covering the war in Afghanistan from 2004 to 2010, painting a realistic portrait of the US failing war.

In the Diary, Assange has revealed how the US-led coalition forces have killed thousands of civilians in unreported incidents, laying the foundation for the prevalent mistrust of US governments, which was not abrupt. It mostly arose from the war crimes committed in Afghanistan, the biggest lies told to justify them, and the lack of accountability of US administrations, whose soldiers fought and died for whims and interests and “whose purse paid for the venture“.

Primarily describing lethal military actions involving the US military, the reports also include intelligence information, reports of meetings with political figures, and other details.

Democratic, social, and economic US failure

According to WikiLeaks, ‘The Afghan War Diary is the most significant archive about the reality of war to have ever been released during the course of a war. The deaths of tens of thousands are normally only a statistic but the archive reveals the locations and the key events behind most of these deaths. We hope its release will lead to a comprehensive understanding of the war in Afghanistan and provide the raw ingredients necessary to change its course.’

Precisely 11 years later, the US course in Afghanistan didn’t change, it got worse. What happened after the leaks is scandalous, as a bunch of horrible and devastating US mistakes and failures over the scores of times was recorded.

To start with, the US pretext of supporting democracy in Afghanistan has been bashed by former presidential candidate Abdullah Abdullah when he announced that the 2014 presidential elections were mired in fraud allegations: “My main concern will be that massively fraudulent elections… will have an impact on the mentality of the people, on the views of the people, and on the democratic process, whether it is functioning or not,” he said. “If it is not functioning, what’s the other way to go ahead with your goals?” At the time, the United States decided that a winner would not be declared. Instead, the US divided power between former Afghan President Ashraf Ghani and Abdullah Abdullah.

Furthermore, the US has used pretexts to manipulate public opinion, creating a favorable political climate that sells war crimes and external expansion policies to the public. US administrations used the threat of terrorism as a pretense to implement a wide range of policies that had been decided upon in advance of the 9/11 attacks. The foreign and domestic policy pursued by US administrations under the rubric of the war on terror is in fact best understood as plans aimed at occupying Afghanistan, stealing its resources, and meddling in the region’s affairs to serve US interests.

“A nation pushed to the limit”

Simultaneously, the US occupation sparked a full-scale humanitarian crisis in Afghanistan. On July 15, Ramiz Alakbarov, UN Resident and Humanitarian Coordinator for Afghanistan said that a $1.3 billion appeal, launched earlier this year, is less than 40 percent funded, as some 18 million Afghans, i.e. half the population, require assistance. A third of the country is malnourished, while half of all children under five are experiencing acute malnutrition.

The humanitarian crisis of the Afghan people has been pushed to the limit by “America’s longest war”, high levels of displacement, the impact of COVID-19, recurrent natural disasters, and deepening poverty.

The pernicious effect of the conflict is reflected in the recently published United Nations Development Programme (UNDP)’s Human Development Report 2020. The report acts as a reminder that Afghanistan is suffering from the bruises of the repercussions of the US war and it remains one of the world’s poorest nations, with a gross national income of $560 per capita in 2017.

The Covid-19 pandemic has also had an impact on the Afghan economy, with government revenue collections steadily declining due to low economic activity caused by restrictions and trade disruptions. According to a World Bank report, the percentage of Afghans living in poverty will rise from 55% in 2017 to 72% in 2020.

Afghanistan’s healthcare is often regarded as one of the world’s most inferior, as it has depended on international donor support to fund essential services over the past two decades, according to Human Rights Watch (HRW). Health facilities often lack sufficient staffing and essential supplies and equipment. Afghanistan has 4.6 medical doctors, nurses, and midwives per 10,000 people, far below the threshold for a critical shortage of 23 healthcare professionals per 10,000 people as defined by the World Health Organization (WHO).

Afghanistan, which was already facing a learning crisis, has been hit hard by Covid-19. Nationwide school closures have added to the challenges already confronting the country’s education sector, which has struggled in recent years to meet the public’s high enthusiasm for education. Even as schools reopen, the country’s long-criticized curriculum and textbooks remain a source of contention.

It is worth noting that even before Covid-19, an estimated 3.7 million children are out of school in Afghanistan – 60% of whom are girls, according to UNICEF. More than three decades of conflict have wreaked havoc on Afghanistan’s education system. Despite recent progress in increasing enrollment, finishing primary school remains a distant dream for many of the country’s children, particularly in rural areas and for girls.

In short, the primary and defining feature of the US war on Afghanistan over the last two decades has been harm to civilians caused by massive human rights violations and war crimes.

What did they all die for?

More than 48,000 Afghan civilians have been killed by US occupation forces in a number of unknown incidents. The leaks cited several examples of previously unreported civilian injuries and deaths, ranging from the shootings of individual innocents to the often massive loss of life from airstrikes.

In one incident, a US patrol fired 43 rounds at a bus, wounding 13 and killing 2 of its passengers. The bus was approaching a stopped convoy in foul weather, swerving in and out of the median, unable to stop in response to warning shots and flashbangs. After the more concentrated fire, the bus crashed into the rear of one of the convoy vehicles.

– In 2007, documents detail how US Special Forces dropped six 2,000 lb bombs on a compound where they believed a “high-value individual” was hiding, after “ensuring there were no innocent Afghans in the surrounding area”. However, locals reported that up to 300 civilians had been killed in the raid.

– On March 21, 2007, Shum Khan, a man both hearing and speech impaired, living in Malekshay, 7,000ft up in the mountains… when a CIA heavily armed squad raided his village, he “ran at the sight of the approaching US forces… out of fear and confusion”.

–  On August 16, 2007, Polish troops mortared the village of Nangar Khel, killing five people – including a pregnant woman – in what The Guardian described as an apparent revenge attack.

Other files in the Afghan war diary reveal more evidence of attempts by US commanders to cover up civilian casualties in the US war on Afghanistan.

“The marines made a frenzied escape [from the scene], opening fire with automatic weapons as they tore down a six-mile stretch of highway, hitting almost anyone in their way – teenage girls in the fields, motorists in their cars, old men as they walked along the road. ” A senior US commander reported on the incident that 150 Taliban had been killed. Locals, however, reported that up to 300 civilians were murdered.

It is worth mentioning that the military report on the incident (written by the same soldiers who were involved in it) later made no mention of the deaths and injuries, and none of the soldiers involved were charged or disciplined.

Images, which emerged on Sunday showing US helicopters circling the US embassy in Kabul, evoked US humiliating failure in Saigon, Vietnam, back in 1975. It is a failure that the unsung hero Julian Assange summarized in 2011 as follows: “The goal is to use Afghanistan to wash money out of the tax bases of the US and Europe through Afghanistan and back into the hands of a transnational security elite. The goal is an endless war, not a successful war”.

He knew… he told the world, yet a whole nation suffered and will continue to suffer for the longest time.