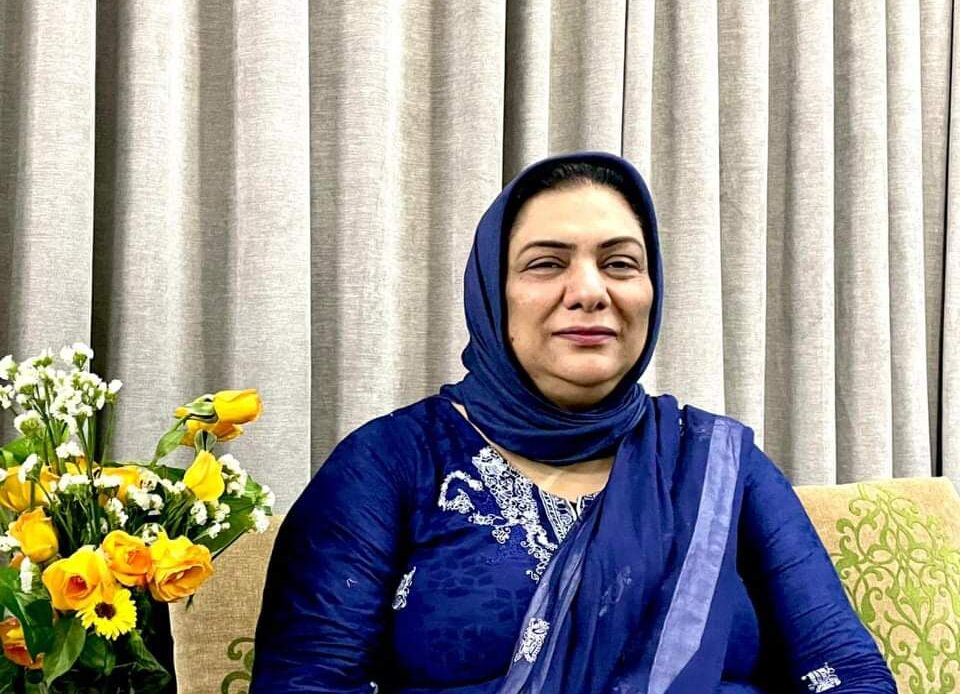 The Taliban celebrated Afghanistan’s Independence Day, declaring it had beaten “the arrogant of power of the world” in the United States. The group swept across Afghanistan this month, seizing control of Afghanistan following the collapse of the US-backed government.

After spending $2 trillion in Afghanistan, loosing 2,000 American lives, and thousands of Afghanis, Afghanistan is back to square one.  The Taliban is better armed with the weapons the US gave to the Afghan Army, and in control of more territory than they did when they lost the country to the US 20 years ago.  A group of rag-tag locals defeated a super-power.

Steven Sahiounie of MidEastDiscourse interviewed Professor Dr. Iram Khalid to get her expert insight from a neighboring country.  She provides some details and analysis that allow us to understand how the recent events in Kabul were inevitable.

Professor Dr. Iram Khalid is currently working at The University of Punjab Lahore as a professor of political science. She has a repute as a gifted political analyst.

1. Steven Sahiounie (SS):  Is this a triumph for the Taliban, and a humiliation for the West?

Iram Khalid (IK):  The return of Taliban to Kabul is a very critical incident of present history. A lesson for the West: that military strategy without having political and economic backing cannot produce the desired results. The US is the strongest military power that dislodged the Afghan government, but it failed to introduce a political system having local representation in decision making. Taliban came and conquered without much resistance, but if they want to maintain then they have to face a lot of challenges. The first and most important, is the acceptance of the political status of the Taliban by the world.

2. SS:   What went wrong with Afghanistan’s defense forces? Some military experts have pointed to the lack of air support that was once provided by the US.

IK:  Discipline, mission and a clear, well defined motive is the basic need to fight. Afghan forces lack all these basic elements. Training without motivation, cannot produce results. This all happened to Afghan forces. The element of ghost soldiers is another reason. To fight with their own people without having leadership caused the lack of spirit. Lack of communication among the commanders and lower rank soldiers also played a role in all the development. Lack of air support is only one factor, but not the decisive one.

3. SS:   The Taliban gain more ground, and Kabul has fallen. In your opinion, how will Pakistan, Iran, China and Russia react?

The fall of Kabul on August 15, is now part of history. The regional states will wait until the consensus in world opinion. Pakistan will wait and see, until the other important states of the world give their options. Same is the case with Iran. China has already shown a soft heart to Taliban leadership. Russia will not be in a hurry. They will cooperate with the Taliban, but will not recognize them until other states take the initiative.

4. SS:  The Taliban provided Al Qaeda sanctuary for operations in 2001. Now, there are reports of jihadist fighters from neighboring countries fighting alongside the Taliban.  In your opinion, is this proof that the US war on terror failed?

IK:  Now the talks on the failure of war on terror is initiated. The US failed to establish a state system after initial success by the US. Propaganda machinery without analyzing realities is fully operative nowadays regarding the situation. US failure of intelligence to provide exact information about Taliban plans and preparing a counter strategy is the repetition of another failure.

5. SS:  Will the Kabul airport become like the “Green Zone” in Baghdad? Are their similarities between the US occupation and destruction of Iraq, and Afghanistan?

IK:  The practices of the US in Afghanistan and Iraq proved the fact that a top down approach to impose liberal democratic values did not produce desired results. American failure tells the story of the failure of professionalism and commitment. In the early days, Kabul airport will act as a “Green Zone”, to provide support to those who want movement.

6. SS:  How will Pakistan, and Iran be able to deal with a flood of Afghani refugees?

IK:  Pakistan is in the effort of border management to keep law and order maintenance. I think, according to the current situation, no immediate flood of refugees is expected.