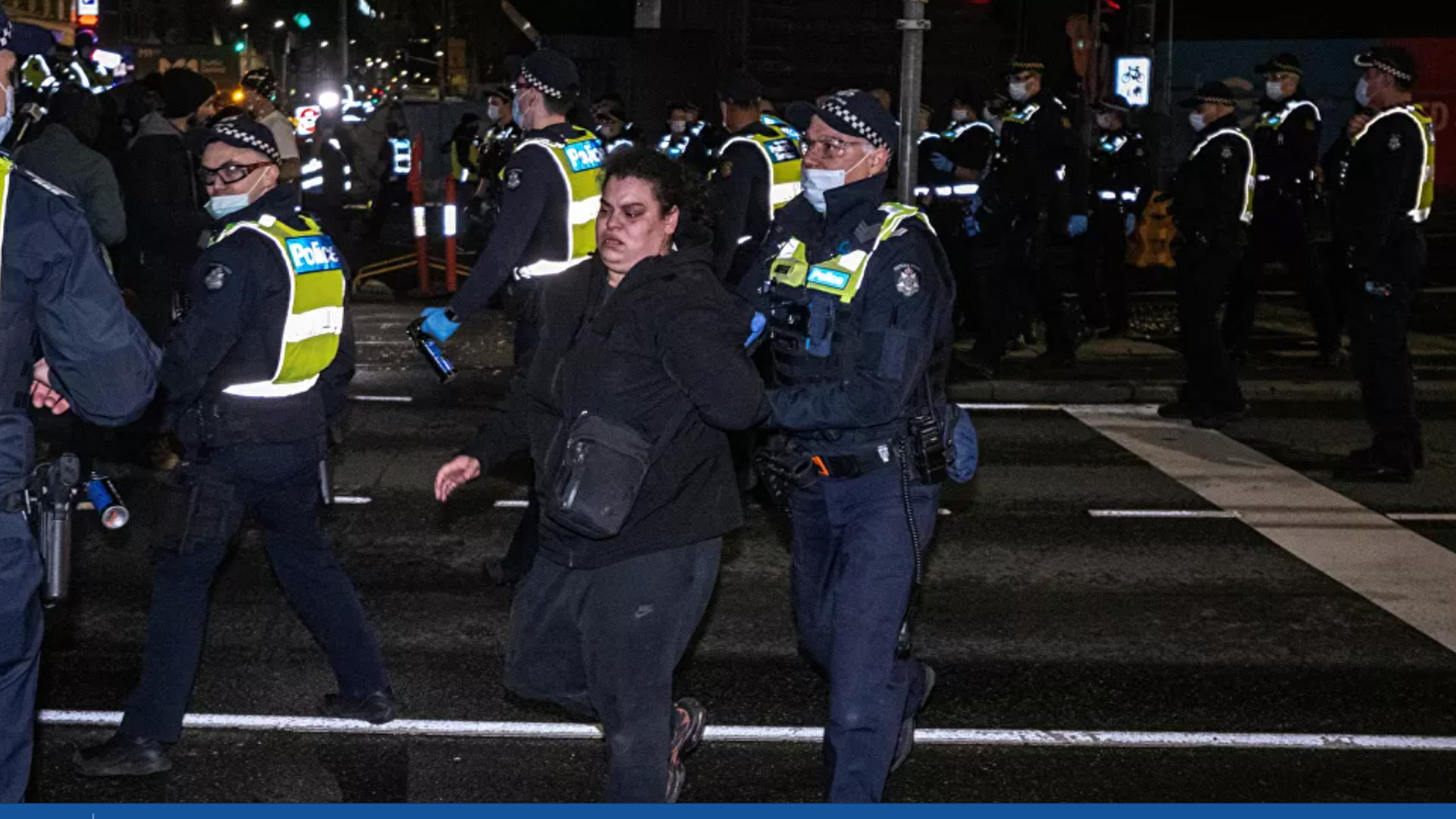 More than 200 protesters were arrested in Melbourne on Saturday. At least 19 will be subjected to criminal trials, while the rest face fines of over 5,000 Australian dollars (£2,600). Nine police officers were hurt in the clashes, with one kept in hospital overnight.

Melbourne’s top cop has claimed Saturday’s anti-lockdown protests were the most violent in two decades after officers pepper-sprayed children.

Victoria Police Chief Commissioner Shane Patton claimed on Sunday his officers had no choice but to use “less than lethal” weapons against what he called an armed mob determined to “confront and attack” at the protests in Australia’s second-biggest city against the sixth consecutive set of pandemic restrictions imposed by the state government.

“What we saw yesterday … was probably one of the most violent protests we’ve seen in nearly 20 years”, he told reporters. “It appears to us that they came in with an intention of that violence”.

Patton conceded that “This wasn’t a group that had a specific leader”, adding: “It seemed that it was angry men … between 25 and 40 who were intent on causing this mayhem, intent on being involved in this criminal activity”.

But video footage posted on Twitter showed adults trying to treat a crying young boy for the effects of the spray that causes severe irritation to the eyes, nose, and throat.

​Another video showed riot police dousing the substance on protesters standing still in the street, with at least one officer pointing a gun at them.

​Nine police officers were injured in the clashes as protesters pushed through police lines in the city’s main avenues, with officers spraying them liberally, although only one was kept in hospital overnight,.

More than 250 protesters were arrested in Sydney and Melbourne on Saturday. At least 19 will be subjected to criminal trials, while the rest face fines of over 5,000 Australian dollars (£2,600).

Anti-lockdown activists were not the only ones to feel the long arm of the law in their pockets in Melbourne on Saturday. Patton said 48 people had been arrested in the Caulfield North suburb when cops busted an “illegal” engagement party, including the betrothed couple, and fined them almost $5,500 (£2,900) each. A number of children present were let off with warnings, but eight more adults were being questioned.